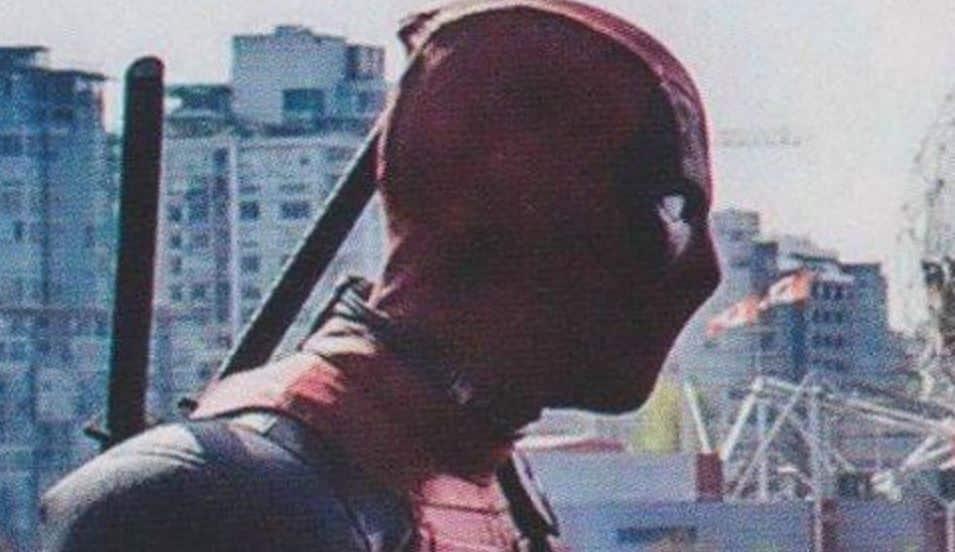 The latest issue of Empire Magazine shows us a more in depth look at Ryan Reynolds in his Deadpool costume: “Deadpool, I loved doing that. That’s sort of a dream come true for me. But again, he’s funny and acerbic and a little bit of a head case. But he’s also not trying to be liked. He’s intentionally trying to annoy everyone.”

“Deadpool was different because there wasn’t a big budget attached to it. There was not a tremendous responsibility to meet some kind of bottom line. Those kinds of superhero movies when you’re out front, there’s a vast and quite frightening budget attached to them. This one had a super-reasonable budget, and it was subversive and a little bit different, and to me a little refreshing in the comic-book world. But you always have trepidation. When you’re out front, you have trepidation.”

The film’s synopsis: Wade Wilson (Ryan Reynolds) is a former Special Forces operative who now works as a mercenary. His world comes crashing down when evil scientist Ajax (Ed Skrein) tortures, disfigures and transforms him into Deadpool. The rogue experiment leaves Deadpool with accelerated healing powers and a twisted sense of humor. With help from mutant allies Colossus and Negasonic Teenage Warhead (Brianna Hildebrand), Deadpool uses his new skills to hunt down the man who nearly destroyed his life.

What do you think? Will you be seeing the film when it opens February 12th, 2016? Be sure to tell us your thoughts in the comment section below!

Who Has The Most Kills Within The Marvel Universe?
Tyler James Williams Talks Spider-Man Rumors And Confirms He’s Read For Marvel
Advertisement
Advertisement
To Top