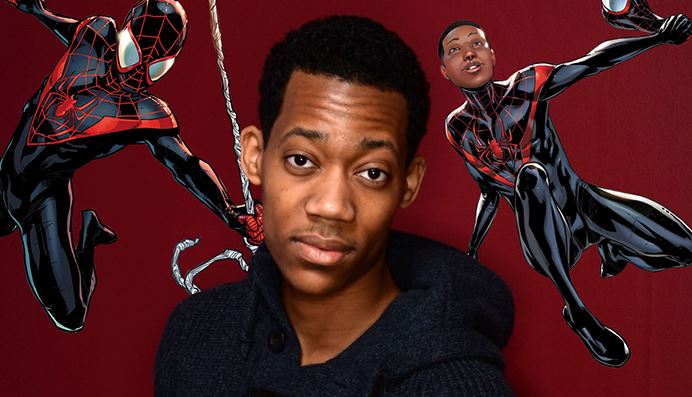 Actor Tyler James Williams revealed in a recent interview that he has read for Marvel and comments on being suggested by fans to play Miles Morales.

In a new interview with Flicks And The City, the actor said:

“I kind of followed the Miles Morales character quite a bit – my brother really did, so he suggested if it goes that way it could work. And I’m open to the idea, I am. I’m not like starting campaigns for it because I trust Marvel. I’ve read for them before. So I trust what their decisions will be. But yeah, I’d love to do it. I would absolutely love to do it. I think there are a few names in the hat that absolutely do make sense. Kind of who is the best for it. I’d be stoked to do it.”

It’ll be interesting to see what Marvel does with Miles Morales in the Marvel Cinematic Universe.

Gifted with powers from a spider-bite, much like the original Spider-Man of the Ultimate Universe, and driven by the Death of Spider-Man and Peter’s legacy, Miles Morales suits up as the Ultimate Spider-Man. Now living in the same universe as Prime Marvel Universe’s Spider-Man, he fights the good fight as Spider-Man and a founding member of the Champions.

What would you think of Miles Morales being in the Marvel Cinematic Universe? Would you like to see it happen at some point? Be sure to tell us your thoughts in the comment section below!