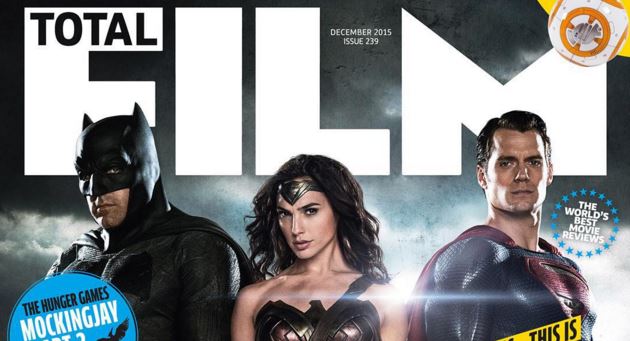 Henry Cavill recently joined Instagram and what better way to start it off than by giving us the first look at the upcoming cover of Total Film magazine – featuring THE TRINITY, as well as this caption from Cavill:

So I’ve finally taken the leap into social media! And here’s a little treat for you all in the form of a sneak peak of the Batman v Superman cover shot from Total Film magazine, before the issue comes out on Friday. @batmanvsuperman #batmanvsuperman #totalfilm

Check out the cover below:

Here are some other pictures from the magazine as well:

While not much is known about the plot of Batman v Superman as of yet, do you think this is some type of hint that Wonder Woman will be a heavily featured character?