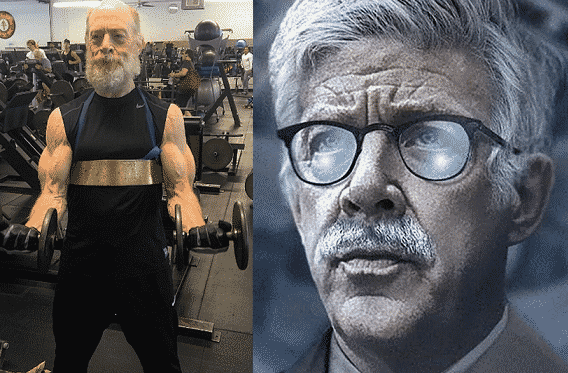 Soon after the announcement, pictures of Simmons training in a gym circulated the internet, and fans questioned what kinds of changes the studio was making to the character of Commissioner Gordon for the movie. But, in an interview with Business Insider, he explained everything.

“This is all coincidental. After the second and final time that I got hugely fat in my life and when I lost that weight six or seven years ago, I pretty much decided that I was going to stay in decent shape for the rest of my life.”

He also explained that he’s not going to change the character from its source material, saying that “I’m not going to mess with something that iconic.”

He started his gym training routines during filming for the HBO show OZ, explaining that he “was not in good shape at all,” and that he “was overweight and soft and here I am playing the head of the Aryan Brotherhood in this maximum-security prison in the first-ever HBO original drama and I was watching the first season when it came out and I just thought, ‘Wow, I don’t believe this guy at all. I have to get my ass to the gym and be a believable hard-ass.'”

He finished with a joke, saying that the pictures “were shot at the end of April. I’m huge now!”

You can see J.K. Simmons in his role as Commissioner Gordon when Justice League hits theaters November 17, 2017.