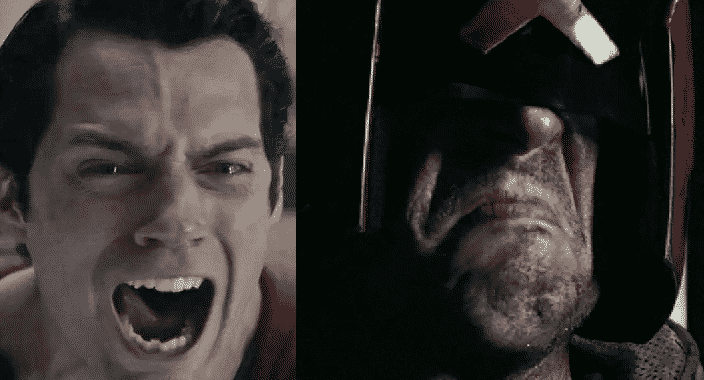 Well, I liked him BEFORE YOU DID, therefore, you don’t know ANYTHING about the character. What comics have you read? I’VE READ 6,000 DEADPOOL COMICS!

Come on, we’ve all seen this type of conversation or been there. Hell, even I used to do it. Sure, there are definitely irritating people out there who pretend to like comic books or movies based on them just to fit in or because it’s popular. But not everyone is like that.

What if someone happened to stumble upon a character because of a movie and became interested in the character after that?

It was a boring Sunday afternoon back in 2012. My then girlfriend at the time was 9 months pregnant and we were just sitting around the house with nothing to do. So, I suggested a movie. I looked up the list of showtimes and saw that a film that had recently bombed at the box office was playing. That film was Dredd.

All I knew about the film at the time was that it was a remake (or so I thought) of the awful Judge Dredd “film” starring Sylvester Stallone.

It boasted a 7.8 out of 10 on IMDb at the time and a 77% on RottenTomatoes – and had a hard-R rating, so I figured, why the hell not? My ex was far less intrigued at the idea of seeing the film but what else was there to do on a day that was literally dragging by?

So, we ended up seeing the film and from the get-go, I was blown away. I couldn’t believe that a film as amazing as Dredd went completely under the radar. I told everyone to see it and pretty much everyone I recommended the film to just gave me a “meh” or “maybe” type of answer. Even my ex who was pissed off before the movie, really enjoyed it.

I had a lot of questions after I watched it. I was unaware that the movie was even based on a comic book or anything like that. I immediately became interested in the character’s rich and iconic history – as well as 2000AD.

The thought of the film not getting a sequel prompted me to make a Facebook page called “Make a Dredd Sequel”. At the time, I didn’t think much would come out of the page, as it sat at 255 likes. So, I decided to start messaging a few “bigger” pages to get some support. Den of Geek mentioned the page and from there, the page really took off.

It took off so much that it caught the attention of 2000AD, who officially endorsed the campaign and together we promoted a petition that has almost 200,000 signatures.

The point I wanted you all to take away from this is that, for someone who knew nothing about Judge Dredd at the time of the film’s release to become the ambassador of getting the film a sequel (or series) – does that make me a poser?

No. You have to be introduced to something to know whether or not you will enjoy it. Common sense, right? Apparently, it isn’t.

Deep down, we all have our preferences – but do we have to be so hostile about it?

You like DC better than Marvel or vice versa? Cool.

I started this website because I’m a huge fan of Marvel, DC and film in general but I’d be lying if I said I wasn’t surprised by all of the hate that I see on a daily basis. About comics.

I’m not trying to complain or say that I can’t handle the hate or criticism – because I can. But should we really be violent about something that’s really bringing us all together at the end of the day?

Whenever I post ANYTHING to do with any of those three subjects, I often notice a ton of hate. Preferences are one thing but being completely wrong is something different.

“Snyder is ruining Batman and Superman. His version isn’t like the comics. Cavill’s Superman is too dark. Batman doesn’t kill.” Snyder is one of the biggest comic book fans out there. To say that he’s a shitty filmmaker is an entirely different argument but to say he’s ruining the characters is a pretty ignorant one. A lot of the stuff we see on the screen is taken directly out of the comic books.

I’ll start with Henry Cavill’s Superman. Christopher Reeve gave us a great Superman back in the 70’s and 80’s. Cavill’s portrayal is definitely different – but guess what?

We’re living in a different time now. Henry Cavill’s Superman broods around in Batman v Superman, there’s no denying that. My question to those who dislike it, though, is simple:

What the fuck does he have to be happy about?

I also see a lot of bitching and moaning about the Zod scene.

Do any of you happen to remember Christopher Reeve’s Superman scene with General Zod?

He didn’t exactly give a shit – now did he?

Cavill’s Superman, however, let out a giant scream and had tears in his eyes when he did the same thing.

Perhaps this would please fans who complain about Snyder’s Superman: 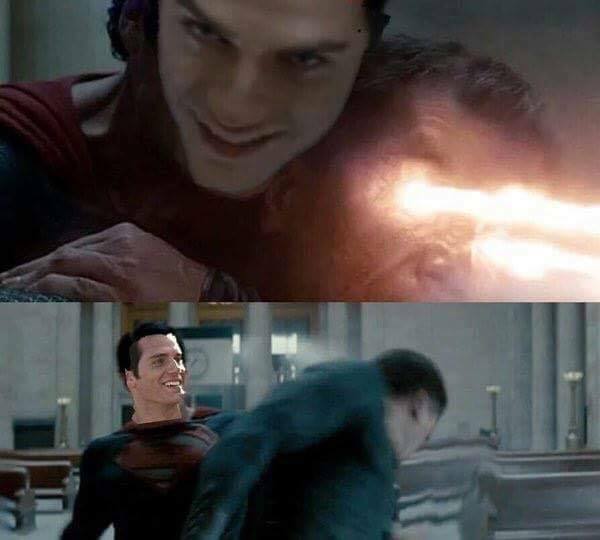 After all, he needs to be smiling. Always. If he isn’t smiling, he just isn’t Superman.

Also, Batman has killed before. Keaton’s Batman did and he did in the comics as well.

I’m not trying to say that you are wrong if you don’t like Snyder’s films. Everyone has an opinion – but if your opinion is that Ben Affleck’s Batman isn’t like the comics or that Cavill’s Superman should be like the Reeve version – your opinion doesn’t really make sense.

That’s about as silly as saying anyone who criticizes the DCEU in any way at all is a hater or a Marvel fan boy. That’s not right, either.

Before you call me a “Snyder Apologist” or whatever, that’s not what I’m saying at all. I’m saying if there are going to be such vicious arguments and the main point of people hating on DC is that “they aren’t close to the comics” or “Snyder is ruining the movies” then you should feel the same way about Marvel films.

I’ll even admit that I’m a huge Marvel fan – even more so than DC. But I like the Marvel movies and shows even though they aren’t ripped straight from the comics. They don’t have to be. If that were the case, the only person who would be able to play Wolverine would be a jacked Danny Devito, because Wolverine is only 5’3 in the comics and is ripped out of his mind.

What does this have to do with the article, exactly? Well, I mentioned very intense and hateful arguing, so I figure I better show a prime example. The whole Batman killing thing. I posted an article about how Kevin Conroy disagreed with Affleck’s version. No big deal, right?

Well, I then had someone message one of my pages with the following screenshot from a user who expressed disagreement with his opinion on the subject and decided to personally message him (be warned, it has pretty graphic language and you may lose a few brain cells after reading it): 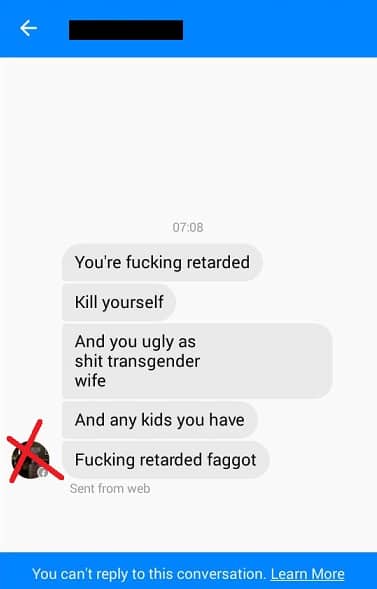 As fans, does it matter how we got here or if we feel different about something? Sure, discussion is great but should it really go as far as the messages I posted above?

New fans or old – at the end of the day, it’s a great time to be a comic book fan.

Some will get the point of this article and others won’t. I get that. My main question is simple, though.

Can’t we all just get along?