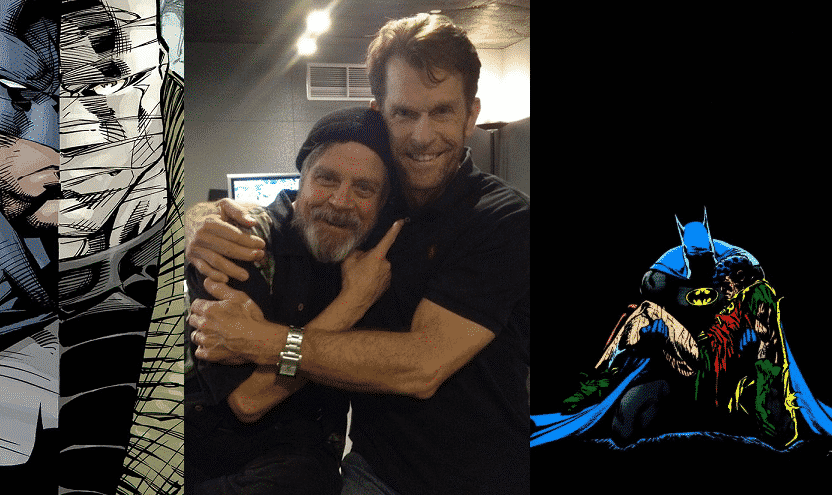 Many fans (including yours truly) waited upon hours for the experience to witness two iconic childhood legends sit next to each other, talking about their history together, behind the scenes on the different collaborations, and the exchange of many jokes (even a The Killing Joke talk, to be fair).

One of the final questions asked was whether they were finished with the characters and where they would love to go to next. After an enthusiastic ‘no’ from both on the first one, both exchanged something of a sly response to each other, with Conroy turning to Hamill and saying:

“What do you think about doing ‘Hush’?”

After a huge cheer from the crowd, Hamill one upped him on the question:

“What do you think about doing ‘A Death In The Family’?”

Of course, the response was very positive as round of applause of many fans also wanting to see this happen. Whether it’s a subtle hint of what is coming up or just a wish list for both remains to be answered in the future.

You can see both Conroy and Hamill portray their characters in The Killing Joke, available now on Blu-ray!