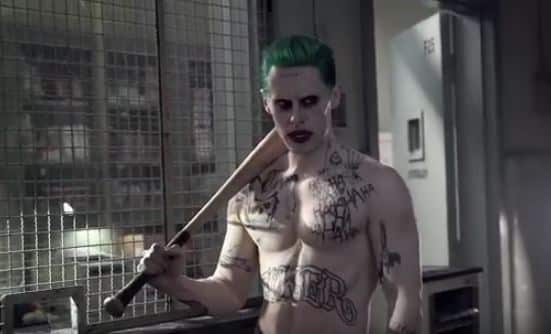 If you’re upset about the lack of Joker scenes in the extended cut of Suicide Squad, you’re not alone. Fans expected to see a redemption of Jared Leto’s version of the legendary villain, who was completely wasted in David Ayer’s film. However, the only additional scenes in the extended version featured Deadshot, Killer Croc, and more Harley Quinn than anyone was asking for. Only one deleted scene contained the Joker, and he shared it with – who else? – Harley.

One fan was so disappointed by this oversight, that he has compiled a video using footage from the film’s trailers, b-rolls, and behind-the-scenes featurettes, to create the Joker he believes we all deserve.

Whether or not we will actually get those additional scenes remains to be seen.

Check out the video here:

Are you glad to see this compilation? Or were you so disappointed with the film that no amount of additional scenes will make it better? Tell us what you think in the comment section below!