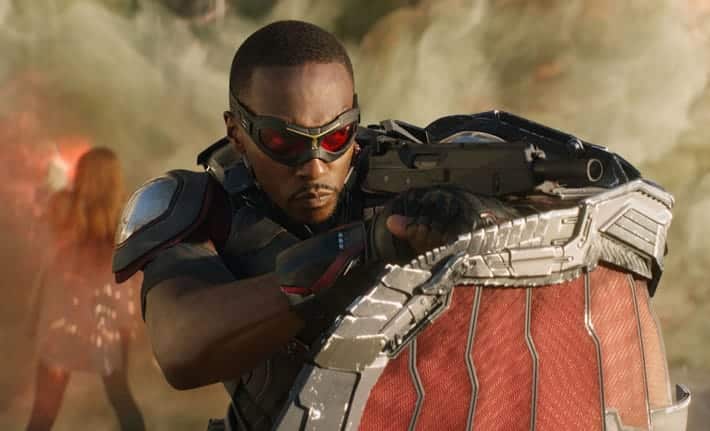 It’s been speculated that a few major characters are probably going to die in Avengers: Infinity War. Okay, maybe not a few, but somebody is going to die – right?

While Anthony Mackie wouldn’t reveal many details about the upcoming Avengers movies at Wizard World Cleveland, he did reveal that his character, Falcon, won’t be dying.

“I ain’t dying. I’ve got that in my contract. you can’t a brother off. I’m not going to die. I ain’t going nowhere.”

So it looks like Falcon is going to stay around. Maybe he could replace Chris Evans as Captain America? When asked about that possibility, here’s what Mackie had to say:

“If it was given to me. I feel like Chris Evans is the perfect Captain America. I can’t think of another actor who would be able to play that role as well as he does – and I love the idea of me, Chris and Sebastian and Scarlet just living forever in the Captain America franchise. It’s just fun.”

I think that’s what everyone else hopes too. Just like the majority of us hope to see the Marvel movies crossover with Marvel TV. But, it doesn’t look like that’ll happen either – according to Mackie:

Here’s hoping that it still happens one day.

What do you think? Would you be okay with Anthony Mackie taking the mantle of Captain America? Be sure to sound off in the comment section below!