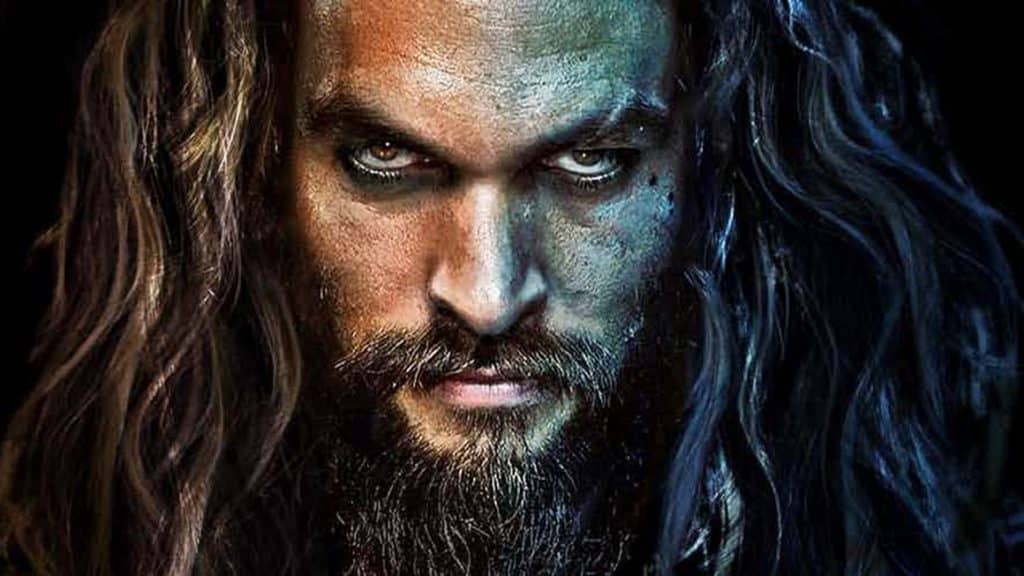 Who knows how long it’ll be before we see the first footage from Aquaman, but, it was shown at San Diego Comic Con, and we at least have a description of the very small amount of footage that was shown.

It begins on the ocean with two old fishermen. They’re listening to the radio and suddenly it looks like they have a bite. But it’s not a fish. It’s something big moving under them. The camera pulls back and we see that there are enormous underwater ships moving beneath the tiny fishing boat. One of them even has a shark fin that sticks out of the water. The fishermen are speechless.

The camera goes under the water and we see that there are HUNDREDS of ships and armored men riding sharks.

The scene cuts to Aquaman himself, standing with his trident.

“You don’t want to maybe talk this over?” he says to an offscreen opponent.

While that footage wasn’t released to the public, quite a bit of footage from the upcoming Justice League movie was.

Not much is known about the upcoming Aquaman film, though, if a recent leak is to be believed, it’ll be a very different type of comic book film:

James Wan was the first choice for director on this movie. Warner Brother’s wants the movie to be like an underwater “horror” movie with a superhero at the helm. This movie has been at the majority of excitement at the office. Apparently James Wan agreed on this movie on a few terms, but the major one was that he wanted a solid script finalized before the “meat” of pre-production started. This was an enormous request, but the script has been labeled as a fantastic “new superhero genre” and “immensely scary albeit satisfying”. This script has been worked on for years, and Zack Snyder has been working on the character since Man of Steel as well. James Wan started pre-production with a completed script down to at least 5 different drafts. This apparently will be the new standard for the future of DCEU movies, and the studio is willing to slow things down in order to achieve this.

Hopefully, we’ll get some footage soon.