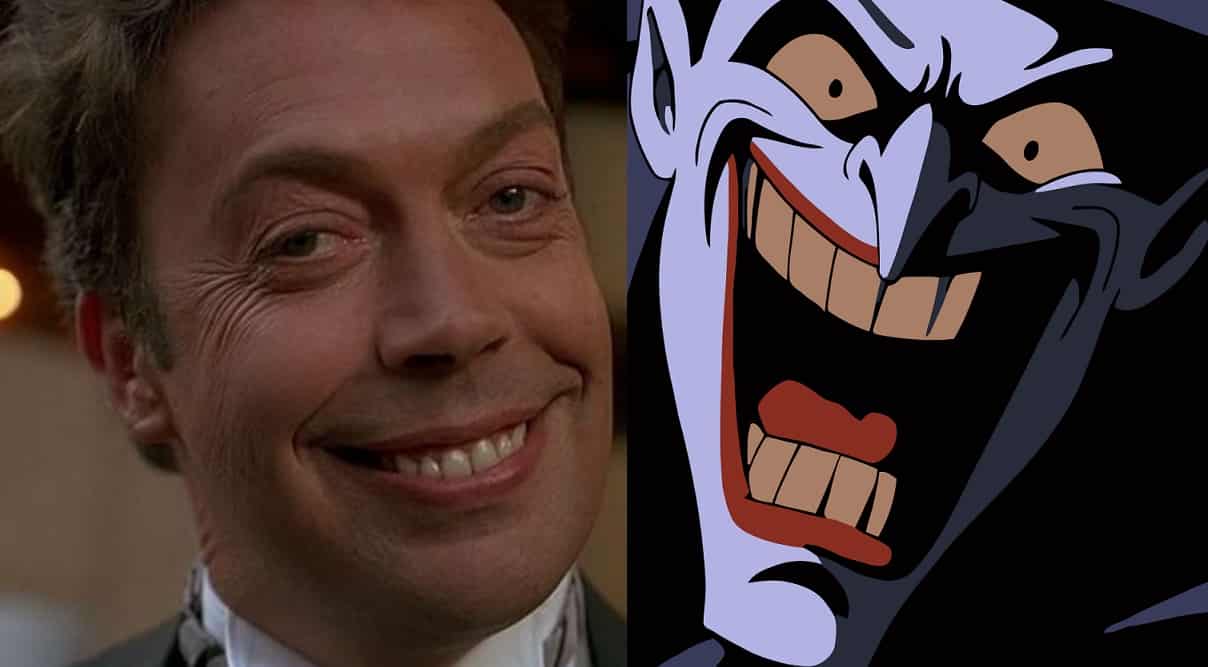 There is no doubt the amount of influence Batman: The Animated Series had on childhoods and comic fans worldwide, and the rich casting and history is nothing short of its amazement. To this day, people are unable to get enough of The Joker’s portrayal by Luke Skywalker himself Mark Hamill, nor are they able to believe it is the same person altogether.

With many years doing the role from video games to movies, Hamill is undeniably the voice of the madman and shows no signs of stopping.

But one little known fact about the Joker is that Mark Hamill was not the original choice of the Clown Prince of Crime, but in fact was meant to actor Tim Curry. Curry clearly has a history of creepy clowns as Pennywise in 1990’s original IT film, but nothing has really been spoken in regards to the role of Joker before the series took off.

With little information on this matter and no evident recordings outside the vault, there had to be something that could be spoken about it.

And spoken it was.

I approached Curry at Canada’s Fan Expo this year, where his panel was subject to hundreds upon hundreds of people wanting to hear the man speak as well as accompanied by his friend and voice actor Charlie Adler.

Bringing up the animated series and what happened, we found out that the reasoning behind his replacement was rather… ruthless:

ScreenGeek: Back when the Batman Animated series was being made, there was very minimal news on your involvement that you were originally cast as the Joker before Mark Hamill took over.

Tim Curry: I did play Joker for a while, but I had bronchitis and they fired me – and hired Mark Hamill. That’s life.

To think such a simple sick day changed the course of time to one of the most iconic portrayals of the Joker yet. Though one simply can’t help what could have been.

Check out Curry’s response to my question below: