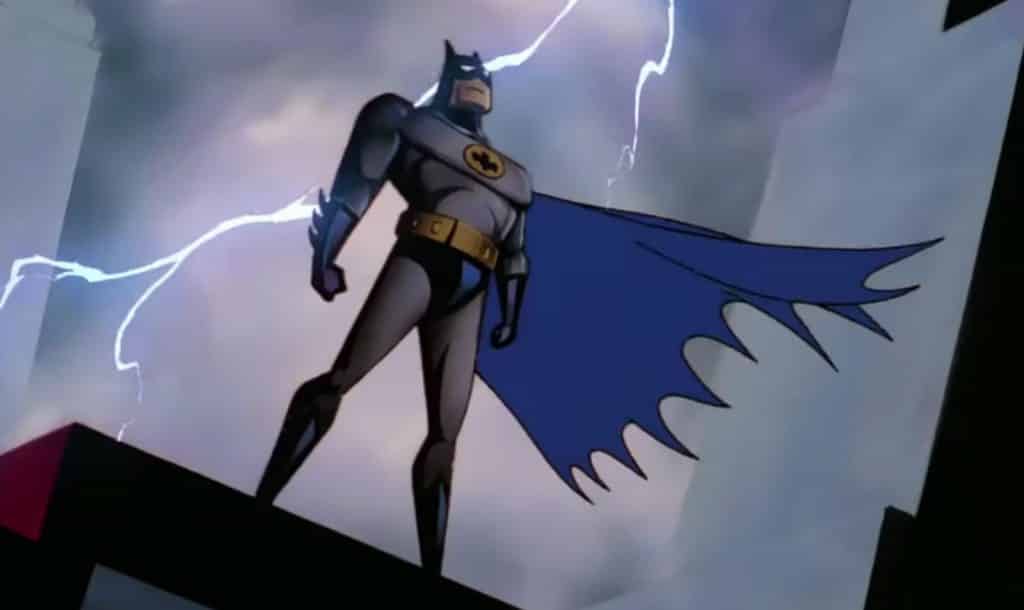 Batman: The Animated Series was a Saturday morning cartoon that garnered a huge fan-base still going strong to this day. The show took a comic book character, his allies, and rogue gallery and turned the show into something relatable and thought-provoking. Warner Bros. has finally answered the call from many fans for a complete Blu-ray deluxe edition of the hit series that some call the best representation of the Dark Knight outside of comics.

The cast and crew were at this year’s San Diego Comic-Con to discuss  Batman: The Complete Animated Series Deluxe Limited Edition and I was privileged to join in.

Writer, director, and producer Eric Radomski helped bring together eighty-five episodes from 1992-1995. The subject of content on the Blu-ray came up in our discussion.

I’m assuming there’s all this content that’s gonna be on Blu-ray. Are there going to be any episodes you kind of had the idea of doing or got into production but never completed?

Eric Radomski: There may be a commentary on that with all the interviews. I wasn’t there when all the interviews were done. But everyone was asked to give anecdotes about the making of the series and the different episodes and I’m sure that came up from at least a couple folks that talked about shows that were intended to be made and didn’t see the light of day, things that couldn’t be done.

One particular script actually came from Tom Ruger pitch, and he wanted to do the origins of a handgun, and that was going to be the storyline of how it factored into the crime and that went too far for the network.

They didn’t even want to consider it. But it was a very dramatic and tasteful sort of story, but they just couldn’t find justification for putting a gun as the focus of a story in a kid’s cartoon, and yet so many of the other episodes were very dramatic and very dark dealing with death and violence in a way that was tasteful for the show, but the gun crossed the line and that one didn’t get any further than a pitch.

Writer Paul Dini’s talent goes hand in hand when it comes to working with Warner Bros. and the comic industry. He was there from the birth of the series and of course, was there when the casting search had begun to find the perfect Joker. 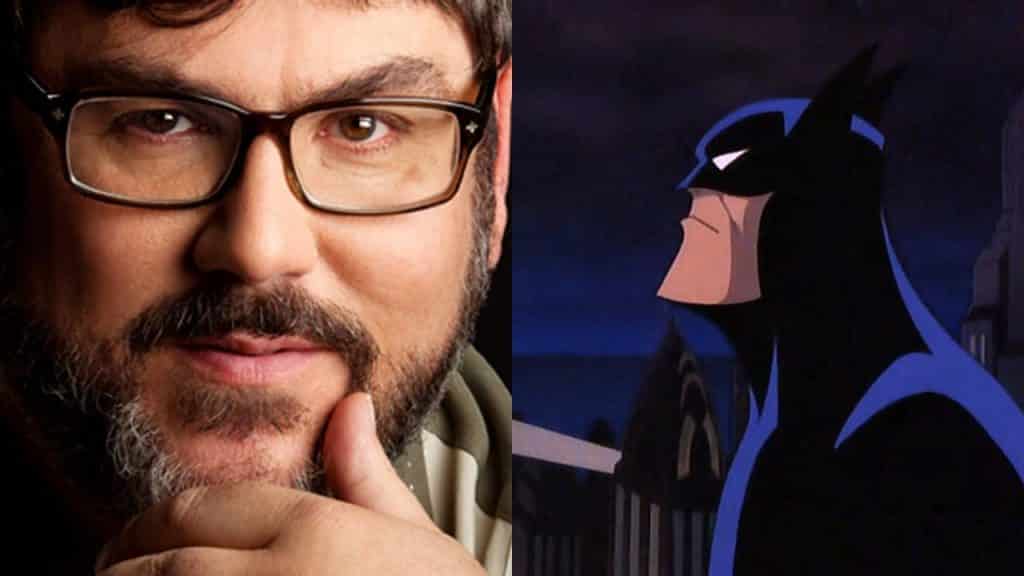 Tim Curry revealed that he auditioned for the role of Joker a while ago during another Con and he said he didn’t get the part because he had developed bronchitis, so he couldn’t fulfill his duties. I was wondering if there may be an audio recording of him auditioning for that part or something because supposedly it’s in the WB vault?

Paul Dini: There is, I imagine somewhere. But, I would never want to let that out if he felt like he had bronchitis and was struggling to do the part. There’s really no point in letting that out. He’s done such great roles—when he was Pennywise he had that great quality and everything. The Joker was kind of an odd match for him at the point. So, we had to go back and do the process again and luckily, we had Mark (Hamill) and he sort of made it his own.

The inclusion of Robin in the animated series was, without doubt, going to happen. The job called for voice actor Loren Lester and the bond between character and actor was set in stone. All Lester had to do was put his faith into the writers’ hands. 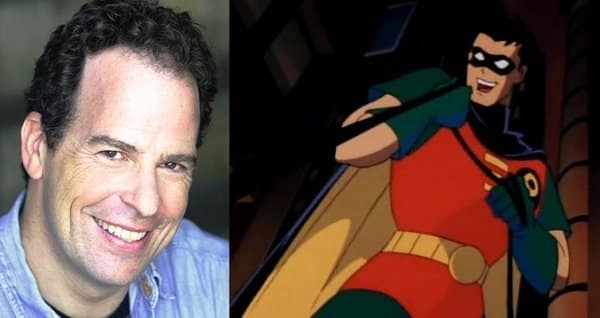 Is there any direction that you wanted to take the Robin character that the writers weren’t really feeling or something that you really wanted to do as like, kind of maybe a personality change for Robin? Or did you just have all your faith in the writers?

Loren Lester: No, no. They were terrific. I went where they said to go. It was kind of a symbiotic thing, ya know. Once they knew they had me, they wrote for me, just like they wrote for Kevin as opposed to writing for some nebulous “I-don’t-know-who-this-actor’s-gonna-be”. Sometimes, in the very beginning, you don’t quite know who the actor’s going to be. Once they knew who the actor was, then they would write for the actor. All TV shows do that.

The live-action TV shows do that as well once they know who they have. So, I had total faith in the writers, and I would love to see the show come back. I mean, I don’t see any reason why it shouldn’t. Everybody wants it to. So, it would be great to see where they take it from there. I’d love to see Nightwing become Batman. Wouldn’t it be great tension between the two Batmans? The Bruce Wayne and the Dick Grayson Batman?

The Damian Wayne as Robin now with that whole storyline, maybe?

Loren Lester: No, Dick Grayson. No, I just want to play him.

Another producer that was present was Alana Burnett. Aside from writing and producer shows for Warner Bros, Burnett has also done work for Hanna-Barbera and Walt Disney. Burnett had this to say on  if it was possible to continue the show pass the eighty-five episodes and one of the factors that led to the creation of Batman Beyond.

Do you guys think that the show could have gone on for more years if you guys had come to (an arrangement?) or did you guys get to a point where you just wanted to stop. Or could you have done another hundred episodes?

Alan Burnett: I think we could have done another hundred episodes. But you know, Superman was looming in the background and we were sort of in the frame of mind that we wanted to get on that. Then we had more Batman shows with the Superman show. We were making a show that sort of had a tween demographic. It sort of appealed to fourteen-year-olds and when we got back on the CW Kids Saturday morning, they wanted a 6 to 11-year-old show.

So, they said, “Can you do a show with a younger Batman” and we did Batman Beyond. But that was a tougher show than the other shows that we were doing. I mean tougher in the fact that it was a tiny bit more adult and more intense. So, I don’t know if I answered your question, but we were in that frame of mind for a long time from Batman. It’s hard to break it if you want to go a different direction, and when we did Batman Beyond, we did not break it. We just did even a harder Batman show. 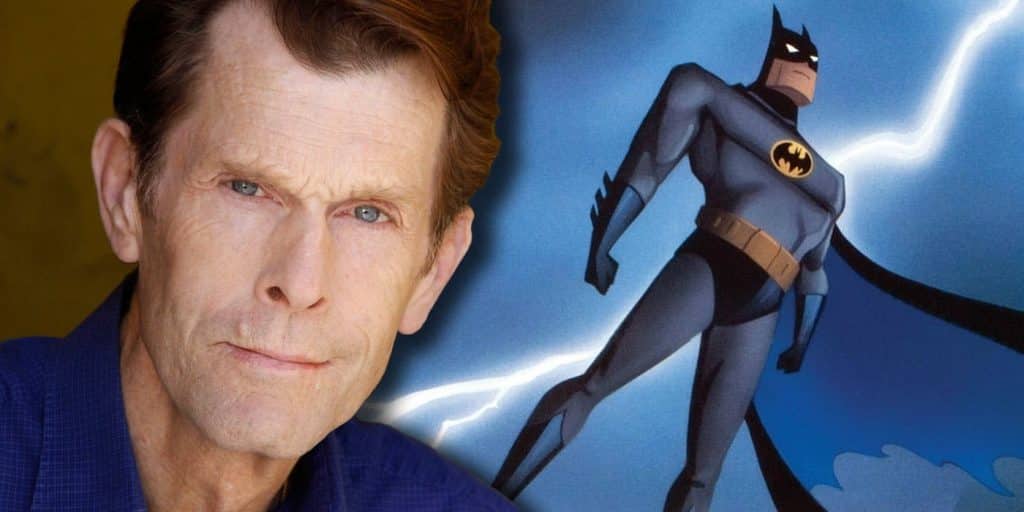 As a huge fan of actor Kevin Conroy’s work, this portion made me feel like a kid again. Our time was running out, but I was able to ask Conroy about the possibility of voicing Batman in another animated feature or show.

Is there a storyline that you wanted to be adapted and involved in as you had done with The Killing Joke?

Kevin Conroy: I’ve been saying for a while I’d love to do Hush, and they just announced they’re gonna’ do it. I hope they ask me. But, you never know. Let me put a plug in now. I’m hoping. 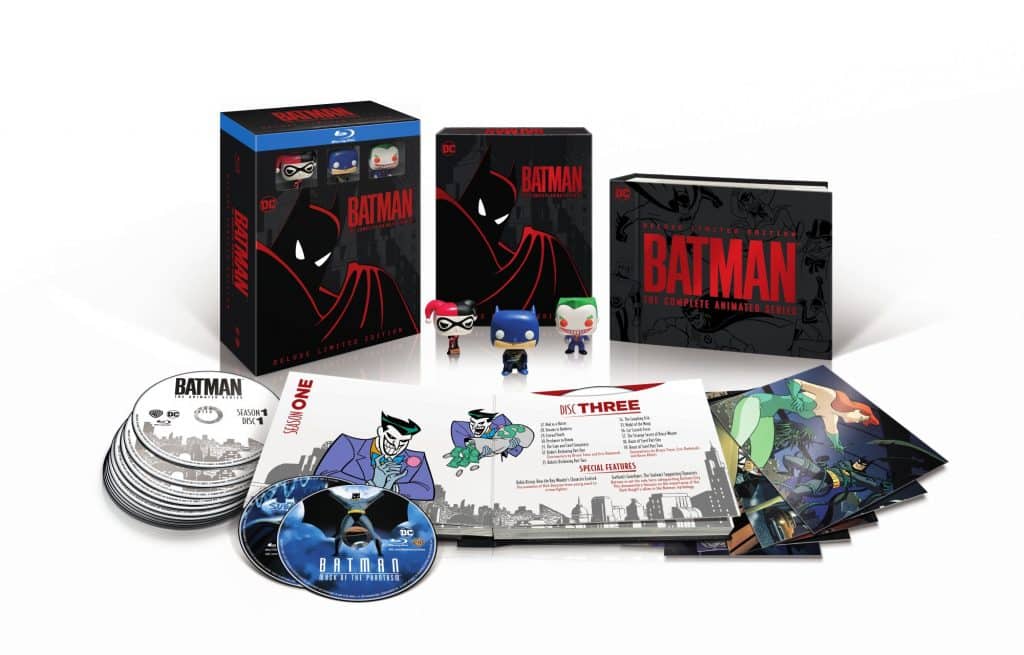