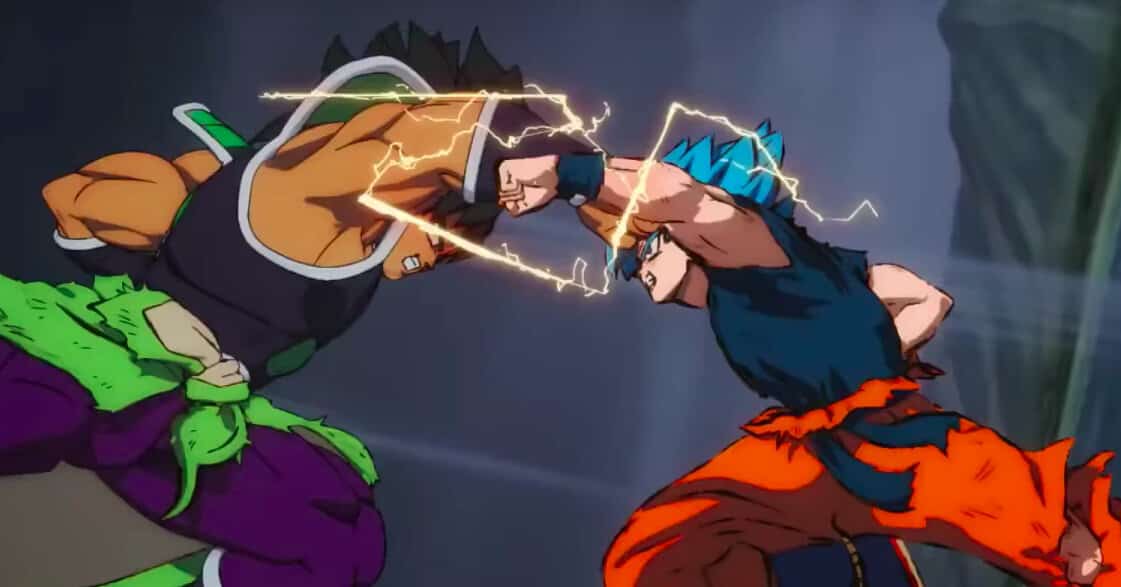 Whether you grew up on the original or are just jumping into the most recent incarnation, Akira Toriyama’s official continuation of the series, Dragon Ball Super, hits everything fans have been asking for since the Z saga ended over 20 years ago. With 131 episodes and two films, we reach what can possibly be the finale we’ve all been waiting for: the return of Legendary Super Sayain Broly.

Dragon Ball Super: Broly will be the third film based off the series, retconning an iconic villain to the official continuity the way he was meant to. The New York Comic Con 2018 panel featured the world premiere of the latest trailer, showcasing the many high-velocity angles of animation and some unveiled pasts of the Sayains we know and love.

Only a week left to the public release, ScreenGeek spoke with the veteran Funimation cast on their time on the beloved series and what to hopefully expect with this intense chapter of the Dragon Ball saga. Joining us to talk are the iconic Sean Schemmel (Goku, King Kai), Chris Sabat (Vegeta, Piccolo), Vic Mignonga (Broly), Jason Douglas (Beerus), Ian Sinclair (Whis) and Monica Rial (Bulma).

Sean Schemmel: Oh god, I hope so. Yeah, and I think that speaks to something that’s a pet peeve of mine. In the old Broly situation, Broly was essentially a non-malevolent force. He was almost like a storm, a force of nature. To me, I never found disaster movies interesting: the tornado’s not an asshole, he’s just a tornado! Big deal, they gotta get out. I never liked them. I like protagonists to have an intent, an emotional “I gotta get you because of this” reason. Floods don’t do that. Broly was more like a flood before, and now I think we’re going to find in the script, hopefully, a good reason as to why he’s so bent out of shape and what is his issue with Goku and Vegeta. Or maybe it’s as simple as Goku with “Well, I want to be the strongest, I need to beat you!” It could be a competition thing, a jealously thing, maybe Goku’s family wronged his family somehow. I’ll find out in a couple weeks myself.

The latest trailer seems to showcase a larger role for Vegeta. There is a bigger focus on the three of you instead of just Goku and Broly.

Chris Sabat: Yeah, I think you’re going to see some pairing, especially Goku and Vegeta pairing off again. I’ve seen no indication yet that implies whether Vegeta will fear this new version of Broly. However, admittedly the one part I haven’t seen in the animatic or the script is literally the stuff that would involve that, so it’s very possible that can happen.

I was joking at another table that while working on the trailer to this, I joked with my engineer they should call this movie “Three Men and Three Babies”. You heard from three fathers: Paragus, King Vegeta and Bardock. One thing that’s going to be interesting is it will involve a bit how children are handled and treated in early Sayain culture. As a guy who has seen parts of it, it doesn’t feel like a big departure from anything you are used to. It just feels like an HD version of other angles of stuff you haven’t seen before. The story feels very similar but it feels way more focused and the beats are a lot better.

If you noticed the first Dragon Ball Super: Broly trailer that we showed at SDCC, even the trailer had all the beats of a good American trailer, it felt very Western to me. This trailer felt very similar. It didn’t feel like, no offense, the awkward anime trailers you’re used to seeing in other films. They’re clearly realizing Dragon Ball has a very international audience, and I think with what I’ve seen of the film so far, it does feel like a very Western. A very fleshed-out cinematic experience, like a Marvel movie. Which, to some degree, Dragon Ball was your Marvel movie back in the day. 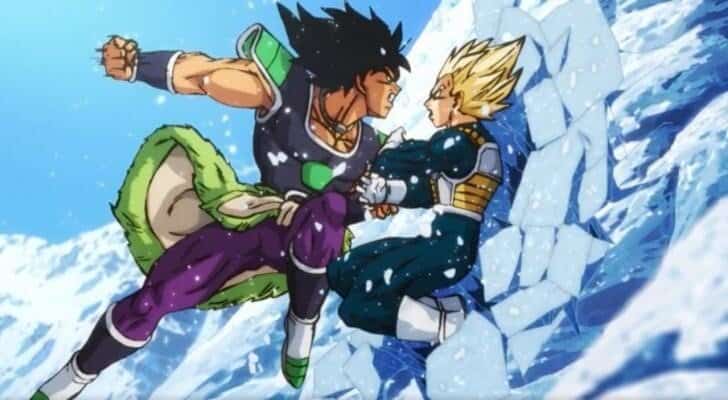 You’ve played Broly for 15 years in the films and video games. Now you are reintroduced being in an official canon in this series as a different Broly. We see a new tone to him. Will we be expecting you to ruin your vocal cords again?

Vic Mignogna: Oh, I probably will. (laughs) Honestly, it is Dragon Ball. That involves a lot of yelling and fighting. I’ve made a lot of jokes about Broly, but that’s the job. I love what I do, I am extremely privileged of DBZ and with this, I am going to give it every ounce of my energy that is needed.

Do you feel Beerus has grown tamer and more self-controlled compared to his first appearance?

Jason Douglas: I sort of do. I think part of that serves the story not to have Beerus constantly destroying everything. It causes me to wonder if perhaps Beerus isn’t going a little soft, right? His interactions with these humans and these Sayians and his indulgence with their food…I think it might reveal something in Beerus that could eventually be a vulnerability, that he’s becoming attached to these group of characters. Is that a good thing for a Destroyer God? Should he not maintain some level of separation and some way to channel his rage? When you can be talked down from the edge of destroying something by Bulma showing up with a lovely plate of macarons, that could be problematic of Zeno, who’s like “you got a job to do”. We’ll have to see if that gets explored in the film or another show.

Going as far back as the beginning of Battle of Gods, you and Beerus always had this phenomenal chemistry. What do you feel was an essential part of its development, especially to what it is now?

Ian Sinclair: Well, one of the great things about me and Jason being paired together as we worked a year or two ago on the second season of Black Butler, I was directing him. We have spent a ton of time together and we became good friends. But in our industry, you rarely see each other, so because we spent intimate together, every time we see each other, it’s giant hugs and “oh my gosh, so good to see each other”, even when we went on stage [at the Dragon Ball Super: Broly panel]. So our friendship, which I am honored to be friends with such a talented human being (laughs) I mean look up his IMDB, it’s incredible! There’s the friendship chemistry and how we are just oddly suited for our parts. He’s really good with the aggression and humor Beerus has, the classic “eeeuugh” that makes Beerus Beerus. And I’m a fan who is just happy to be there. This is all like “what is this? This is neat!”

Ian Sinclair: Yeah! The stakes are so low for him. Oh god, that moment when they found out all the destroyers and planets and everything would be gone but the angels were still there? That in it of itself is why This is so relaxed and all “oh, none of this matters to me! This is just fun to watch!”

Do you think with a more high-stakes situation, would What’s reaction be played scarier or for laughs?

Ian Sinclair: I think we’ve seen Whis get serious twice. Once when Piccolo was dumb and grabbed his arm, that was so much fun. And the other thing being mad about a strawberry being taken. Oh, and actually being upset when he talks to the Sayains about time travel. “It horrifies me that I have to say this, but time travel is BAD! N-no! Bad, bad Sayain!” (laughs)

Even with all the pressure as the latest voice actress of the iconic Bulma, you did put your own staple of the character. What did you feel you added to this interpretation of the character that allowed it to be significant in its own way?

I don’t want to compare the two, but for me, my goal as Bulma was always to be 100% real and for you guys to feel what she’s feeling. She’s a fleshed-out character. She’s not just this anime girl, she’s someone you can meet on the street. You are so familiar with her at this point, and as familiar as I am, that if you saw her walking down the street, you can have a conversation with her. She’s like a real person. That was important to me.

With all my characters, I try to make sure that…I’m one of those people from an acting standpoint and believe especially as a voice actor, if you don’t believe what you are saying 100%, then everyone else will hear it. You might not even know, you’ll think “god, that person’s voice bothers me but I don’t know why I just don’t like that voice”. I honestly believe it’s because people put on a show but don’t believe what’s coming out of their mouth. On stage, you can kind of lie because it’s far away from audiences, even on camera you can kind of lie. But for whatever reason on microphone, you can’t lie because people can tell. I really do the best I can to make sure I’m being honest with my character. 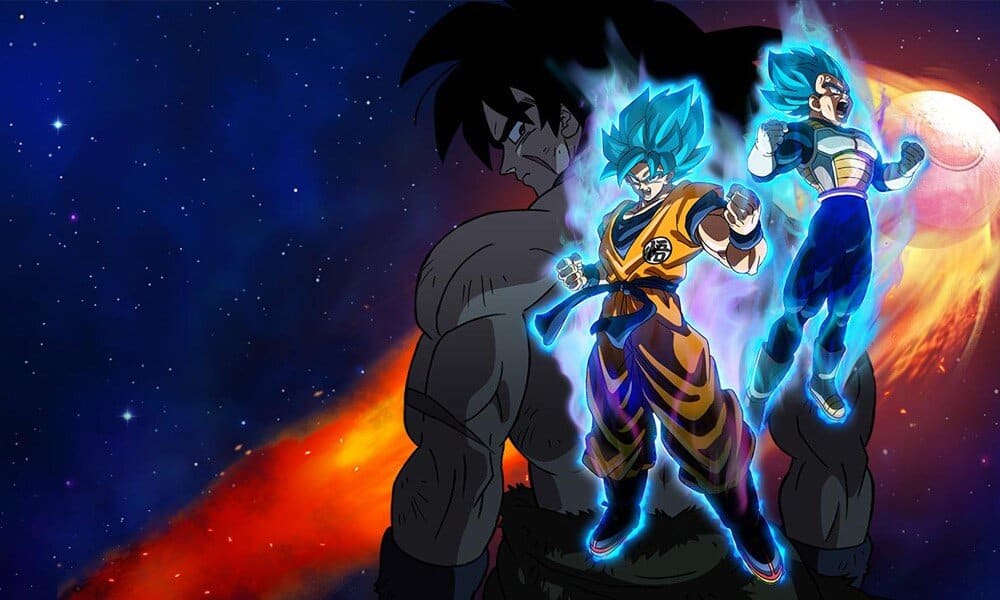 Dragon Ball Super wasn’t the only attempt at a Dragon Ball Z successor, with the likes of Dragon Ball GT becoming what is now a non-canon continuation of the story. However, GT was not favored by fans of the series. As veteran voice actors of both shows, where do you feel Super succeeded where GT didn’t?

Sean Schemmel: I don’t know if Japan was taking cues from American cartoons, but I did notice the pacing was faster, the storytelling was similar in style to what we see worldwide in American cartoons. I didn’t know if they wanted to make it have broader appeal, but you don’t have scenes of 10 minutes of planning and “I’m stronger than you”. All the weight, all the pacing, and planning were gone. Lot more story, lot more comedy, lot more dialogue, still a good solid amount of fighting.  I happen to like Dragon Ball Super best because it meets everyone’s needs. It’s the best of Dragon Ball and Dragon Ball Z stuck together in terms of comedy and fighting.

Chris Sabat: I think a lot of it was Akira Toriyama’s involvement in Super. I think Dragon Ball GT felt more like a spin-off and an afterthought in a lot of ways. In some ways…GT wasn’t really that bad. You can tell they had the spirit of it. It just all felt like the episodes that were filler of while they waited for the Dragon Ball manga to be written, you know? There were fun moments. I loved the driving school episode, there were a lot of fun things in the Dragon Ball Z filler but…GT felt like a lot of filler. At least where it seems now, Dragon Ball Super has some sort of direction to it. I’m hoping that after this movie, we can prove to Akira Toriyama that he absolutely must continue the Dragon Ball Super series, but at this point, they don’t have any indication whether it will continue.