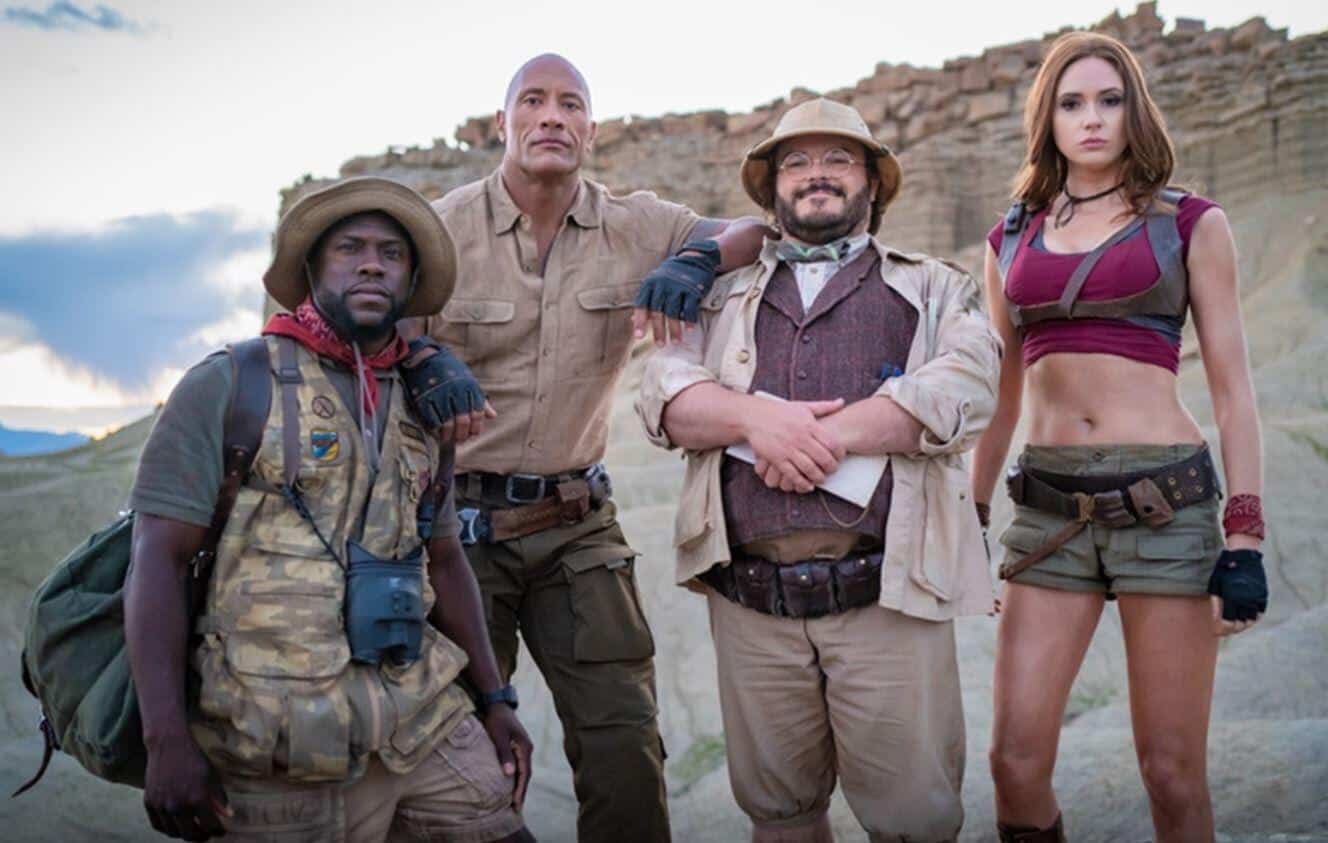 Jumanji: The Next Level focuses on the group we saw in Jumanji: Welcome To The Jungle. They’ve moved on with their lives since getting trapped inside of the game and getting out of it – so why exactly did we need a sequel in the first place? Everything seemed to wrap up quite nicely, after an entertaining sequel to the 1995 Robin Williams classic. Well, the answer is quite simple, really. Money. Welcome to the Jungle made A LOT of money. That doesn’t mean that this movie can’t be entertaining, does it? No. No, it doesn’t. Because it ended up being pretty entertaining.

Based on the previews, you might think that this movie looked like it would be the same as Welcome to the Jungle. Which, in some ways it was – and in some ways it wasn’t. The group who got stuck in the game are about to meet up again, Fridge, Bethany, Martha and Spencer (played by Ser’Darius Blain, Madison Iseman, Morgan Turner and Alex Wolff) and they all seem pretty excited. Spencer, however, doesn’t seem too excited about it – because his life hasn’t gone in the direction he had expected. He’s down on his luck, and things seem even worse when he goes to visit his Grandpa, Eddie, (Danny DeVito) who is pretty unhappy about things in his life as well.

Things get more entertaining when Milo (Danny Glover) comes to visit Eddie – but Eddie isn’t as happy about it and has an axe to grind. That gets put on hold, though, as Spencer goes missing – and the group of Fridge, Bethany and Martha go looking for him and realize he’s gone back into the game. They vow to help him, but this time, there’s a twist: Grandpa Eddie and Milo get sucked into the game with them – and it makes for very humorous results.

The cast members are at their best in The Next Level. Dwayne Johnson, Jack Black, Kevin Hart and Karen Gillan are all pretty entertaining throughout, and are sure to give you more than few laughs. Johnson and Hart channeling DeVito and Glover is definitely one of the more memorable aspects of the movie. And while there are laughs, there is also some unexpected heart in the movie as well. Director Jake Kasdan showed he really knew how to get the most out of the actors. Without giving away too much of the plot (I mean – you should probably have a good idea of what to expect at this point), there’s a good chance that you’ll find yourself not wanting to look away.

Yes, the movie does feel a little similar to Welcome to the Jungle, but it’s ultimately different enough to succeed on its own, and if you were a fan of that film and the 1995 film – I see no reason why you wouldn’t enjoy this one. With the amount of money that this one is set to make, don’t be surprised to see Jumanji 4 announced soon – which will be interesting, as I’m very curious to see where they take the franchise next.

‘6 Underground’ Review: Bombastic Explosion of Michael Bay’s Style
‘Star Wars: The Rise Of Skywalker’ Review: I Have A Bad Feeling About This
Advertisement
To Top