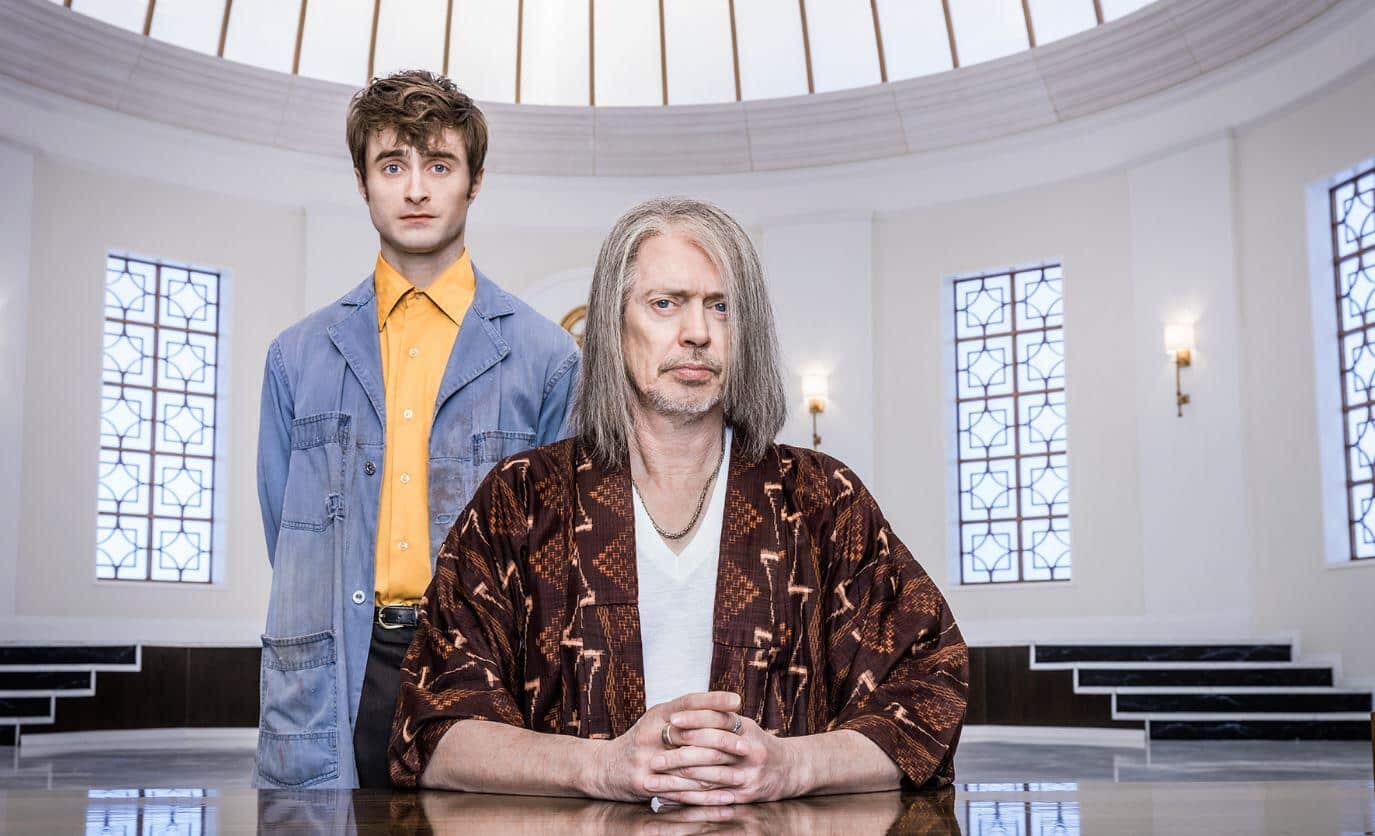 If you are a fan of Daniel Radcliffe and/or Steve Buscemi, you probably tuned into TBS and caught the first season of Miracle Workers. And, in turn, you were greatly rewarded with a funny and reverent story. But, it was a one and done, right? Like, where does it go from here? Well, never fret, because ScreenGeek has spoken to the show’s creator, Simon Rich, about what’s to come in Season 2. Simon is a 35 yr old author who has several published novels and short stories, as well as work writing for SNL and Pixar, just to name a few. Now, he’s spearheading a second season of his work coming to life.

Before we jump into Season 2, what brought Miracles Workers from the pages of your book to the screen?

It was actually Dan[iel Radcliffe] who wanted to make it after reading my book. He came to me and after a frank discussion, we pitched it around. TBS loved the idea and gave us total freedom.

What was it like working with Daniel and Steve [Buscemi] and so many other great talent on this show?

It was so freeing to work with such versatile and passionate actors. And that was also very important to the continued success of the show. With the first season being based off a novel of mine, with a definitive ending, it was hard to pitch a one-and-done series. So, we pitched as an anthology style, with each season pulling from some work of mine, and the actors returning in different roles each season.

So, what can we expect in Season 2?

Well, Season 2 is called Dark Ages, and it takes place during that timeframe. It takes place in a small, medieval town with a terribly mean king. His son, played by Dan, is the prince, but doesn’t want to follow in his footsteps. On the other side of that, Steve is a Shitshoveler, literally, but his daughter isn’t too keen on following in his footsteps, either. This weird dynamic is what connects this peasant woman and a prince, as they both want something different with their life than what’s laid out in front of them.

As this season is adapted off of one of your short stories, rather than a novel, did it give you more freedom to expand for the screen?

Exactly. With the novel, everything is already detailed and definitive. That’s why Season 1 was only 7 episodes. Season 2 will be 10, and its because the short story left space to expand and grow, which was really great.

As someone who typically works within your own works, would you ver consider the jump to a comic book movie, or another genre?

Honestly, while I love the movies, I was just never really a mainstream comic book fan. I grew up reading Tales From The Crypt, Weird Science, and other pulp like magazines, like Mad Magazine. I’d love to do something in horror, but I just can’t seem to nail it yet. I love the borderline satirical aspect of the genre, and that’s why guys like Jordan Peele, Danny McBride, and other comedians are having such a great run in the genre.

As someone who grew up in a writing family, and have been doing this professionally for quite some time, do you have any advice for young writers.

Yeah, I can offer up some advice I wish I had gotten as a teenager. First off, don’t write like your favorite author. Don’t mimic styles, cause you’ll never do it better than the original. And, time yourself. Really time when you write. Like, don’t set aside 8 hours, but use a timer for when you’re ACTUALLY writing. Like, pen to paper. If you get up for a drink or to eat or a bathroom break, stop the timer. If you jump off to google something, stop the timer. You may allocate 8 hours in your day to writing, but end up only writing for 4 hours. Then, when you look back and you may not like it, you didn’t waste a whole day, just four hours. It really changes your prospective.

It was a real honor speaking with a young, successful writer who is living his dream, and bringing laughs to the world. So, even if you missed the first season, make sure you tune in tomorrow, January 28th at 10:30pm EST to TBS and check out Miracle Workers: Dark Ages. You won’t be disappointed.

Are you ready for Dark Ages? Let us know in the comments below!