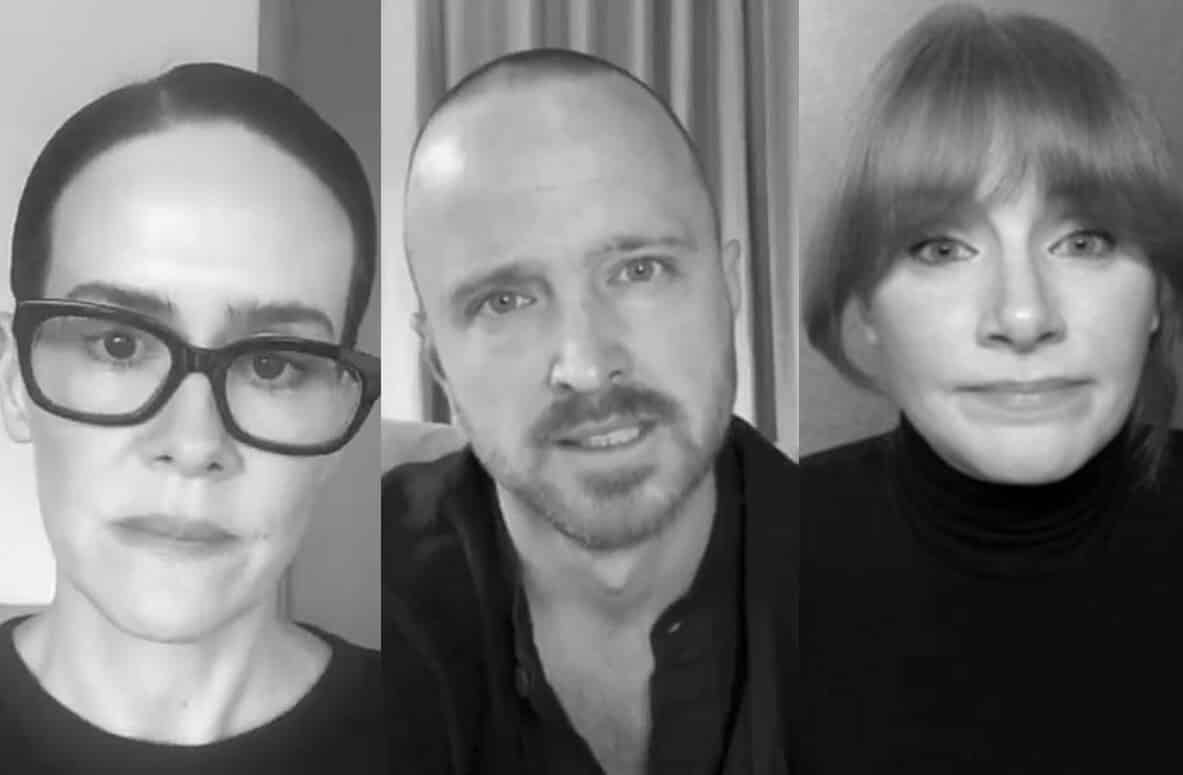 Some very notable Hollywood celebrities including Aaron Paul, Bryce Dallas Howard, Kristen Bell, Debra Messing, Julianne Moore, Justin Theroux and more and have joined forces with the NAACP to create a new Racism PSA called I Take Responsibility. In the video, the celebrities apologize for their own past instances of racism, and vow to do better. The video is part of an impact oriented campaign – that is described as something where influential voices from the white community take responsibility for turning the racist tide in America.

A transcript from the video reads:

You can check it out below:

At the moment of this writing, the video has 101 likes and almost 3,000 dislikes. A lot of the comments are pretty negative as well. Here’s a sample of some of them:

This is so moving, having white millionaire actors and actresses in a black and white video along with sad music telling me I need to take responsibility for my white privilege. I don’t know how I would have carried on in life, if I’d not seen this video.

I have nothing to take responsibility for. My family came to this country as indentured servants and railroad workers. Every generation has pulled their weight and never asked for more than we were willing to work for. We are Americas and we will not apologize.

Celebrities will save us! 🤡

There’s actually nothing more racist than saying what you are saying. Insinuating black people need white saviors. I’m biracial and I don’t see black or white but human beings. Maybe if you just supported each other instead of this savior narrative we might actually get somewhere

Thank you for this. I needed a laugh today.

Will you all commit to giving up your future roles to actors of color?

Thank you for my daily dose of unadulterated CRINGE.

What a bunch of pathetic spoogegenies.

MLK would disavow every one of you evil toadlickers.

Remember how you guys all knew about Harvey Weinstein but only said anything when you could no longer benefit?

This is why people hate actors.

We don’t need “uplifting” we need to be treated like everyone else, remember? Black doesn’t = weak

THAT is the racist part.

How about eradicating pedophilia in Hollywood?

The video has drawn comparisons to a video posted by Gal Gadot while the nation was under quarantine during the Coronavirus in which celebrities sang “Imagine” by John Lennon.