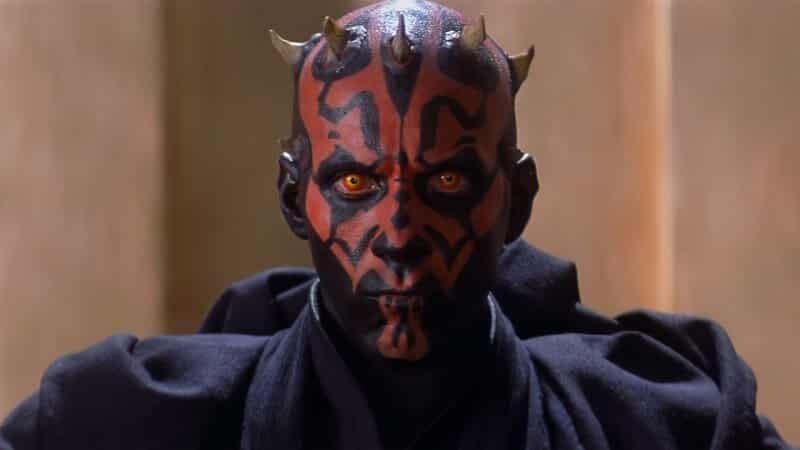 Ray Park, the man behind fan favorite Star Wars character, Darth Maul, is having a really bad go of it right now. On July 24th, an illicit picture of a man receiving ‘oral pleasure’ from a woman was somehow posted on his public Instagram account. While it was deleted rather quickly, that didn’t stop the internet from sharing it everywhere, and people immediately trying to ‘cancel’ the Scottish actor. They’re accusing him of ‘revenge porn’ against his wife. Now, his wife, Linda Parks, has spoken out that this simply isn’t true. She also denounced ‘fake’ quotes from her children that said their father is abusive.

“I would like to take this opportunity to express how disappointed and hurt I am by some of the false allegations, comments and messages that have been posted that are NOT TRUE. I ask you to be kind, respectful and think before you make public comments that have a NEGATIVE impact on the wellbeing of myself and my FAMILY! Please report any false allegations to help my family at this time!”

“Thanks to those of you that have reached out I appreciate it. I’ve been inundated with so many messages. At this time I will no longer be responding to DM’s regarding the false allegations. Please respect my privacy at this time as I have to do this for my own sanity!”

Parks also spoke with Andy Signore about the supposed quotes from her kids.

No the only bad person here, is the one who rushes to publicly condemn @IAMRayPark off of unconfirmed screenshots… do better homework, or wait to confirm reports before passing judgement 🤦🏻‍♂️ Shitty posts indeed. pic.twitter.com/et5KnDm95J

As I reported it would: Ray Park’s Wife Lisa just posted an official statement on her Instagram stories… Please Respect their family at this time, and stop spreading any clips online, or false information ✌🏻♥️ those of you that did, should be ashamed. Be better next time pic.twitter.com/OV4dsa8aQn

A story like this is a perfect example of how Cancel Culture is getting out of hand. Social Media a great tool, especially for celebrities and fans to interact, but the internet is also a place where everyone has a voice, including the uneducated, the bigoted, and the callous and malicious people who like to watch the world burn. Even if this all gets cleared up and Ray Park is exonerated, this will be a black mark on him until the day he dies. And, if truly innocent – he doesn’t deserve that.

What are your thoughts on this issue? Let us know in the comments below!