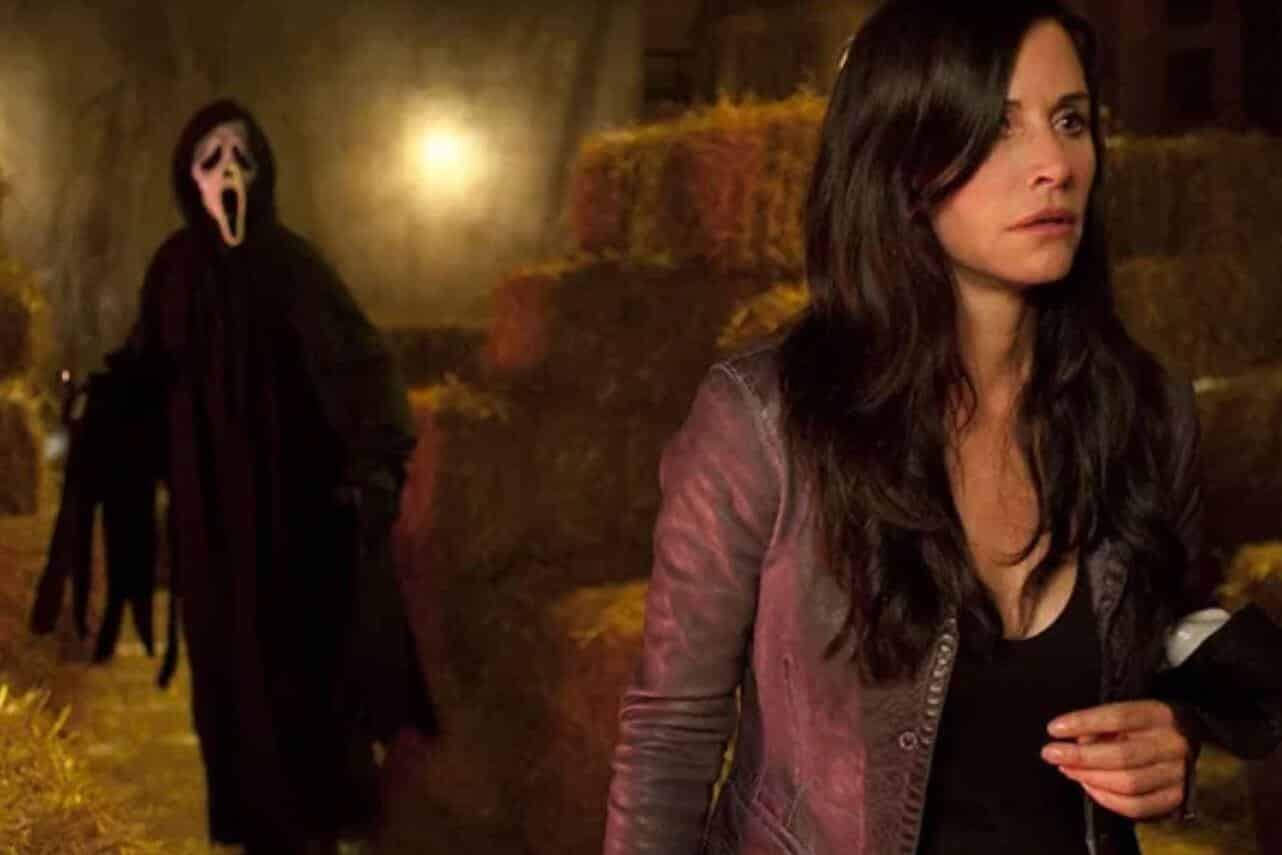 Many fans have been wondering who exactly would be returning for Scream 5, the next film installment in the beloved slasher satire franchise. While actor David Arquette, who portrayed Dewey Riley in the original four films, was already confirmed to be appearing in the new film – it was unclear whether or not he’d be joined by any other original cast members. Now it’s been announced that actress Courteney Cox will indeed be reprising her role as Gale Weathers for Scream 5!

The news was shared in an official statement, via Deadline, by Radio Silence – the creative team containing the film’s two directors and one of its executive producers:

“We can’t imagine Scream without the iconic Gale Weathers and are so incredibly thrilled and humbled to have the opportunity to work with Courteney. We’re absolute mega fans of her work and we’re so excited to join her in the next chapter of the Scream saga!”

It’s nice to know that Courteney Cox will be back as Gale Weathers for Scream 5 after all. Now we’ll just have to wait and see if Neve Campbell or any other cast members from the original franchise will make a return. In the meantime, since production is intended to begin sometime this fall, let’s hope we’ll continue to get some more casting announcements and possibly even more official story details. There are definitely a lot of questions here to see if the new Scream 5 will live up to the original saga.

Matt Bettinelli-Olpin and Tyler Gillett will be directing Scream 5, taking over for the late Wes Craven who directed the original four Scream films. James Vanderbilt wrote the script with Guy Busick.

Scream 5 is intended for a release date later next year in 2021 if all goes as planned.

The Scariest Moments Of The Conjuring Universe
Marvel Star Breaks Silence On Being Cut From ‘Avengers: Endgame’
Advertisement
Advertisement
To Top