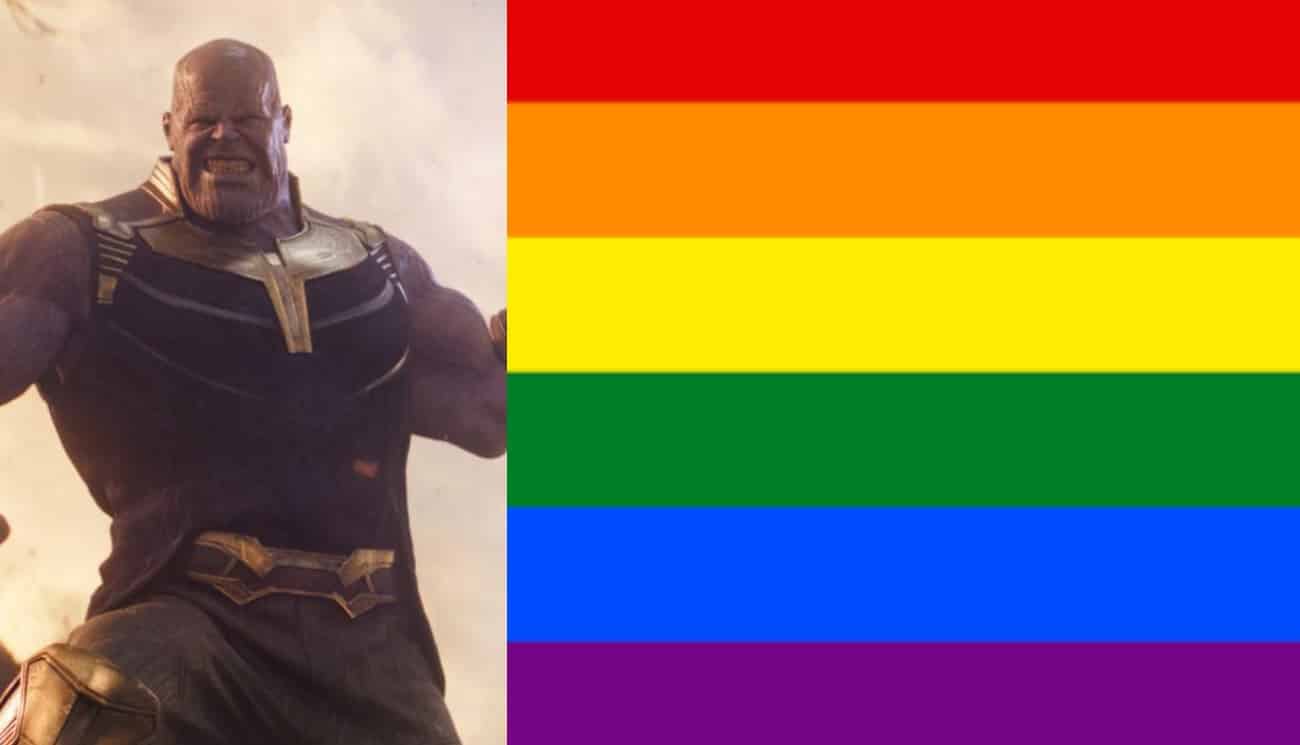 It isn’t any secret that the Marvel Cinematic Universe has become increasingly more inclusive over the years. As such, the films have gone on to become a meaningful piece of entertainment for the LGBT community and their desire for more representation in film. However, it looks like one previous character that had no relation to the LGBT community has now become something of an unofficial mascot. At least, that’s the case with the current Twitter trends. The iconic Avengers villain Thanos has actually become a LGBT symbol, and many are sharing their thoughts on the matter and newfound perspective on Thanos.

Indeed, his rainbow-colored gauntlet does make an interesting counterpart to the rainbow-colored LGBT flag. With this in mind, it isn’t too hard to correlate the two. And considering moviegoers have made non-LGBT characters into LGBT mascots before – such as with the titular antagonist from The Babadook – it isn’t too surprising that Thanos has become one. It’s also interesting to see a villainous character, especially one often considered to be the most villainous in the Marvel Cinematic Universe, used as a positive symbol in real life.

Here are some of the other tweets that have been posted in response to Thanos and his newfound status as an unofficial LGBT icon:

Someone just sent me the reason why Gay Thanos is trending pic.twitter.com/KzkdLb9gqM

So proud of him! Gay Thanos is so brave!! pic.twitter.com/wYFu2NFazP

Idk why Gay Thanos is trending but I support it 🤟 ❤🧡💛💚💙💜 pic.twitter.com/kJWDapbxhc

After being made aware of the #GayThanos thing that was trending, i made this pic.twitter.com/dC9796Cmvh

However, it also seems that the gay Thanos trend began after Scott Smajor made this following tweet:

“Also, me being in Aqua makes me the only MCC player to have been on every team. I have collected all the team colours. Im basically gay Thanos”

Also, me being in Aqua makes me the only MCC player to have been on every team. I have collected all the team colours. Im basically gay Thanos

So while it might’ve stemmed from a post made in jest, it looks like gay Thanos has managed to catch on quite a bit with the Twitter community. Whether or not the iconic Avengers villain remains a LGBT icon remains to be seen, but it definitely seemed to stay that way for The Babadook – so it’s possible we can expect Thanos to have the same lasting connection.