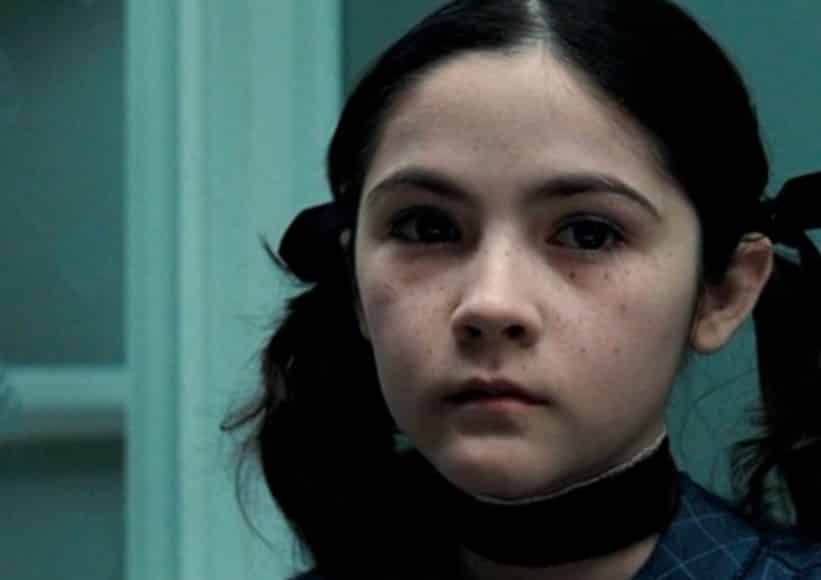 Fans are well-aware by now that the movie Orphan is getting a brand-new prequel, a film that’s been titled Orphan: First Kill. Now actress Isabelle Fuhrman, who played the character Esther in the original Orphan as a child, will be returning to play Esther yet again. This time, however, she’ll be made to look like a child as she’s now an adult. According to her, the movie will “make movie history” as it will be the first movie to feature an adult actress acting as a child to reprise a role they first played as a child.

This is what Isabelle Furhman specifically had to say with Collider about the upcoming movie Orphan: First Kill:

She said the movie is “definitely not what I think most people will expect, which I think is really exciting and what really drew me to even coming back to play that role. And also, what I think is most exciting about it is it’s something that’s never been done cinematically. There’s never been an adult actress who reprised a role she played as child. And that was exceptionally difficult and really fun to do, because when I was a kid and I played Esther, I was constantly playing a 33-year-old hiding herself as a kid while I was also 10, and this time, it was like, ‘here’s a little weight off my shoulders,’ since I just have to pretend I’m 10, because I’m already an adult.”

Furthermore, she briefly discussed the plot of the film which is said to be “extremely violent“:

“It was really cool to be back on that [Orphan] set. I think people will be shocked by that story. It’s very different from what most people would expect and Julia [Stiles] is absolutely incredible in it, and we had a lot of fun making the movie together. It’s definitely a story about the two of us and our relationship, and Esther’s way that she came to the United States and how she found herself there,” explained Fuhrman.

As for the film’s release date, she had this to say:

Finally, she had this to say about the film:

“It’s just very trippy, because seeing things and seeing myself as a kid again is very, very trippy, so I’ve been coping with that and they’ve been handling that sort of [release date] stuff. I’m just like, ‘this is so wild! How did we do this?’ Actually, The Novice helped me prepare for that movie because I spent the majority of [Orphan: First Kill] squatting since I had to walk around in a squat because I’m, you know, taller than the average 10-year-old.”

William Brent Bell directed the film from a screenplay by David Coggeshall. The film stars Isabelle Fuhrman as the horrifying and murderous Esther. Julia Stiles also stars. Stay tuned to ScreenGeek for a release date announcement and other news as we hear it.