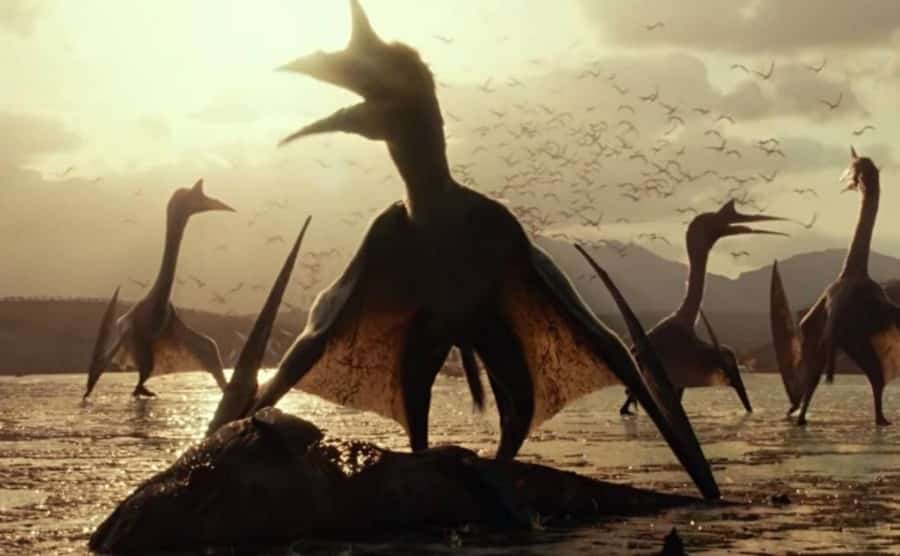 Next year fans will finally be able to see Jurassic World: Dominion, the third film in the Jurassic World series and the sixth Jurassic Park film altogether. With such an exciting release on the way, Universal is already promoting the film – with a special 5-minute extended preview that will be available *only* in IMAX theaters ahead of F9. Now the first look at this extended Jurassic World: Dominion preview has been released, which you can see below.

According to the official press release:

“The Extended Preview provides a sense of the film’s thrilling spectacle intended for the biggest and most immersive screens. Partially set 65 million years ago, during the Cretaceous period, the action-packed Preview features dinosaurs that have never been seen in a Jurassic film– and reveals mind-blowing scenes and pulse-racing surprises.”

The press release further explains the first look will include new dinosaurs and explain a very important moment for the franchise:

“The five-minute Special Extended Preview of Jurassic World: Dominion, which audiences will be able to experience in full-screen 1:90:1 IMAX® aspect ratio, includes a prologue to the film’s narrative and is set 65 million years ago, during the Cretaceous period, when dinosaurs roamed the entire Earth. The breathtaking, action-packed scenes, featuring Oscar® winner Michael Giacchino’s iconic score, reveal what Earth looked like long before humans existed and tell the origin story of how dinosaur DNA first came to be carried by a mythic mosquito. The Preview features seven new species of dinosaurs, created by the legendary Industrial Light & Magic, that have never been seen in any Jurassic film before. But the Preview doesn’t end there and holds some real trademark Jurassic surprises with dinosaurs later roaming an Earth that is decidedly less theirs alone.”

The first look at Jurassic World: Dominion will be available in IMAX theaters playing F9 beginning on June 25, 2021. As for now, this newly released teaser is definitely an interesting glimpse at what’s to come. Hopefully we’ll have plenty of other Jurassic World teases to look forward to in the near future as well.