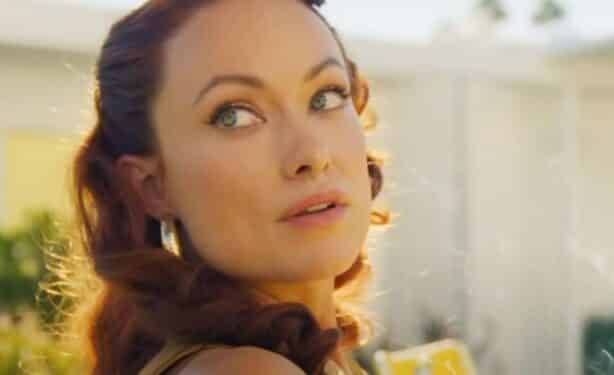 Olivia Wilde recently broke up with Harry Styles. It seems that isn’t stopping her from enjoying life, however, as you can see below. Olivia Wilde shared a bikini photo in which she’s clearly smiling and having a great time.

The photo features Olivia Wilde wearing a navy colored bikini including a bandeau top with silver buttons. Furthermore, she’s pictured next to her friend Babs Burchfield. It’s clear that she isn’t letting her breakup get her down.

Olivia Wilde and Harry Styles broke up after they dated for two years. It appears that they had issues with the long distance lifestyle between them and their careers. Nevertheless, they’re still maintaining their friendship, and it’s clear that Wilde is in good spirits.

Many of the comments on the photo are quite wholesome. It’s clear that Olivia Wilde’s smile is contagious and everyone enjoys seeing her happy. With heart emojis and warm responses, it shows just how far a great smile can go.

Olivia Wilde’s film career initially began with some incredible acting roles. She participated in such projects as Tron: Legacy, Cowboys & Aliens, and even shared the part of Gozer the Gozerian in last year’s Ghostbusters: Afterlife. However, in more recent years, she began her career as a director. This includes the 2019 film Booksmart and the psychological thriller Don’t Worry Darling which was released this year. It’s clear that she has quite the array of projects under her belt with plenty more on the way.

Hopefully she’ll continue finding the time to enjoy life, however, just as her latest photo suggests. Stay tuned to ScreenGeek for additional updates regarding Olivia Wilde and her expanding career with both acting and directing as we have them. For now, however, it’s great to see that she’s doing well.