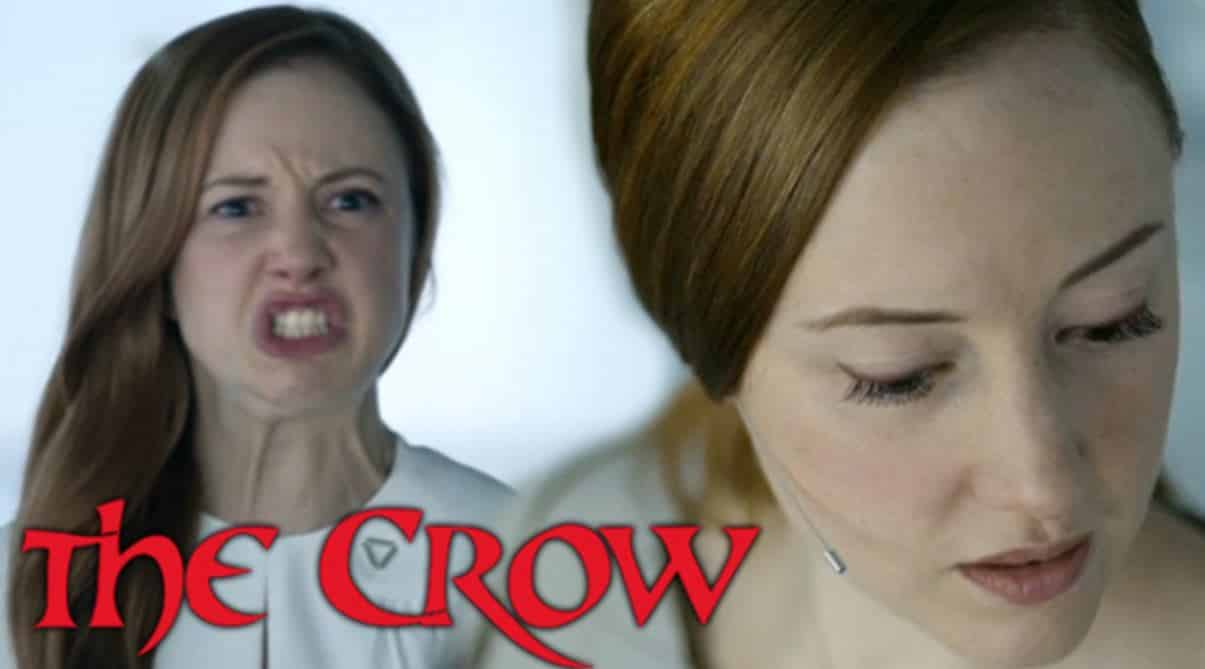 According to Deadline, The Crow remake is going to have Andrea Riseborough (Oblivion) cast as the film’s main villain. She’ll portray Top Dollar, who was originally played by Michael Wincott in the original 1994 film that starred the late Brandon Lee.

Riseborough would play Top Dollar, who in the novel and the original movie was the baddest of the bad guys — yes, a guy — in the story of Draven, who comes back from the dead to avenge his girlfriend’s death after both were killed in a deadly attack. The evil is part of a larger syndicate led by Top Dollar, who was played by Michael Wincott in ’94.

This will definitely be interesting to see.

According to The Crow Wiki:

Top Dollar is a criminal that T-Bird’s gang works for. His criminal empire consists of Drugs, Serial Arson and an anarchist view on Devil’s Night. He also has an incestuous sexual relationship with his sister Myca. Because of his sister’s interest in the supernatural, he is no stranger to it, even participating in rituals such as collecting eyes. He is also a cocaine addict.

Not much is known about Top Dollar, except that he claims responsibility for the modern version of Devil’s Night. Converting it from a night of egging houses and petty vandalism to that of throwing a huge party, causing as many fires as he could and making profit. He claimed to personally start the first Devil’s Night fires in detroit. However between 1992 – 1993 he became disillusioned of the holiday. This was due to his idea, being imitated by other crooks and recently Devil’s Night Greeting Cards being sold all over.

The film is one that a lot of fans aren’t interested in seeing due to the circumstances of the 1994 film starring Brandon Lee. Lee died during the filming of the movie, and a lot of people think it should be left alone.

They have made a few very bad sequels, though, so I don’t see it as a problem if the writer of the comic, James O’Barr, would like to see his comic made into another movie that is more accurate to his writing.

Do you like the change or are you already having doubts about the remake?

Continue Reading
You may also like...
Related Topics:Andrea Riseborough, The Crow