Ryan Meinerding recently sat down with Marvel.com to talk about the design process for Daredevil’s costume on the Netflix series.

“Joe Quesada got in touch and asked if I could help out. Our whole team actually did designs, [including] Rodney Fuentebella, Andy Park, Jackson Sze, Josh Nizzi, and Anthony Francisco. I think we all did a round of designs as fast as we could, and they settled on one of mine. Beyond that, we did our normal process of modeling the head and the cowl [in] 3D with Josh Herman, and then I was involved throughout the costume creation process.”

“The tone that was really communicated was the sense of realism that they were going for. I think the way that [manifested itself in] the costume was through the armor and making it feel a little bit more padded than you traditionally think of Daredevil being. When we do these designs, there’s a concept of grounded and a concept of reality. The grounded nature that they brought to the vigilante costume was the simplicity and effectiveness, because you’re trying to conceal your identity but also [have to be] mobile enough to fight.”

“When you do a super hero costume in that world, it’s hard to be as real as you need to be, because you’re making it heightened. So you try and find the touchstones for that with armoring pieces that you would want armored, like your shins and your forearms for blocking and hitting as well as having things be riveted on. The overall layout of that costume is really that it’s meant to look like a Kevlar vest with stuff underneath it. That’s what we were going for.” 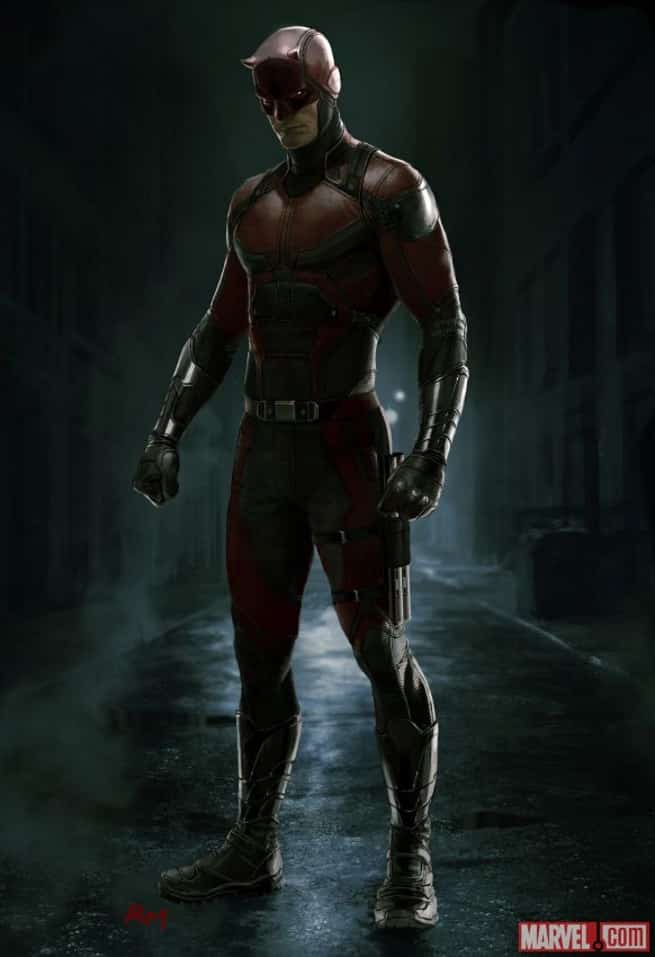 What do you think of the concept art? Be sure to tell us your thoughts below!