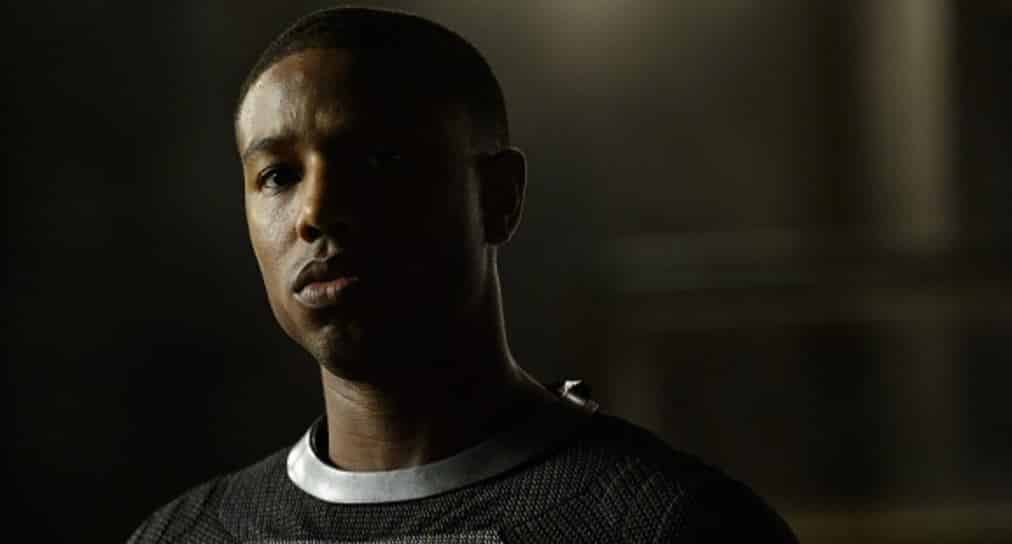 As most of you probably all know, Michael B. Jordan is playing Johnny Storm (The Human Torch) in the upcoming Fantastic Four remake. There has been a lot of backlash online who think that he can’t play The Torch because of the color of his skin. Here’s what he had to say when speaking with Entertainment Weekly:

“Some people may look at my casting as political correctness or an attempt to meet a racial quota, or as part of the year of “Black Film.” Or they could look at it as a creative choice by the director, Josh Trank, who is in an interracial relationship himself—a reflection of what a modern family looks like today. This is a family movie about four friends—two of whom are myself and Kate Mara as my adopted sister—who are brought together by a series of unfortunate events to create unity and a team. That’s the message of the movie…To the trolls on the Internet, I want to say: Get your head out of the computer…this is the world we live in.”

Even though Jordan makes some interesting points, the internet is never too kind when studios change their comic book characters – or in general.

According to the Marvel Database, three men use the alias of The Human Torch:

Jonathan Storm, the youngest member of the Fantastic Four, who gained super powers from cosmic radiation as well as the other three members during an unauthorized space flight, doctor Reed Richards, his sister Sue Storm and pilot Ben Grimm.

Jim Hammond is the original Human Torch. Created in the lab of Phineas Horton, he is virtually considered human, and his android body produced his fire powers. He fought during the World War II and gained a medal of honor for killing Adolf Hitler. Currently, he’s member of the black ops team of superheroes led by Hawkeye known as the Secret Avengers. He was the mentor and foster parent of Thomas Raymond, the second Human Torch.

What do you make of his comments? Be sure to tell us all of your thoughts in the comment section below!

Tags: Fantastic FourMarvelMichael B. Jordan
No Result
View All Result