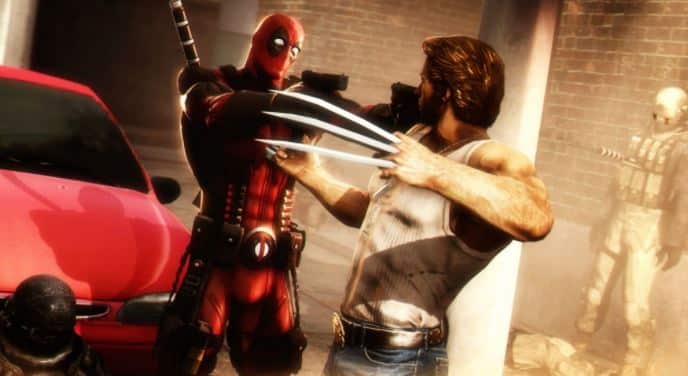 As I’m sure many of you remember, Hugh Jackman told MTV News that he would in fact be interested in appearing in the new Deadpool movie. Now, Ryan Reynolds seems to be on board with that idea as well. Speaking with news.com.au, he made the following comments:

“I dunno, we’ll see. It seems like he’s open to it, but it’s gonna be more of a scheduling issue than anything else.”

Fans of the comics are sure to know that there are many stories that could potentially work with the history that Wolverine and Wade Wilson have.

Wade Wilson’s early life is mostly unknown. His mother died of cancer while he was young and his father (who was in the military) was physically abusive. Wade was a deliquent in his teenage years, possibly to spite his father. However one night while drinking with his friends his father attempt to take him out of the club one of his friends stole Wade’s Fathers handgun and killed him. Following a brief stint of military service, Wade began his mercenary career while still in his late teens. Accepting assassination jobs only against those whom he felt deserved death, he made a habit of using plastic surgery and technology to take on a new identity whenever he failed an assignment. Many years later Deadpool’s nemesis T-Ray accused Deadpool of killing his wife and stealing his identity after a failed mission, but Deadpool’s restored memories revealed this to be a lie; in T-Ray’s account Wade was wearing his Deadpool costume, which he didn’t have in till after he joined Weapon X.

Would you like to see Jackman make a cameo in the upcoming film? Be sure to tell us all of your comments in the comment section below!