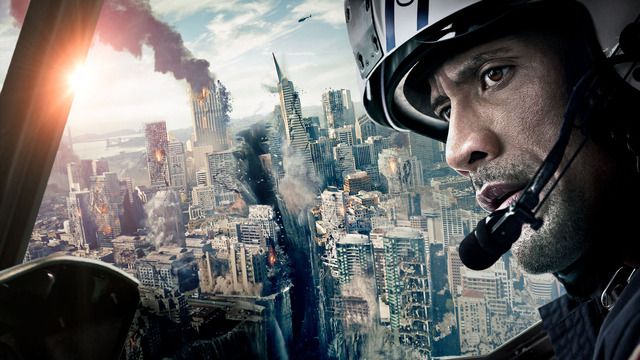 It doesn’t take very much imagination to picture earthquake movie San Andreas as a lost Roland Emmerich disaster flick from the 2000s due to the fact that a great deal of the director’s trademark characters and situations show up. A stammering scientist with glasses frantically tries to warn the world that Something Big is coming. A divorcee searches for his missing child during the biggest natural disaster of the century. People gasp for air near the ceiling of a flooding room. National landmarks topple. Thousands die. Child actors fail at acting. Out of place cutesy jokes make you groan. A patriotic message designed to get you to jump up from your seat and scream “MURICA!” is shoved in at the end.

Really, the only significant Emmerichism that I didn’t see was making the president of the United States a supporting character. 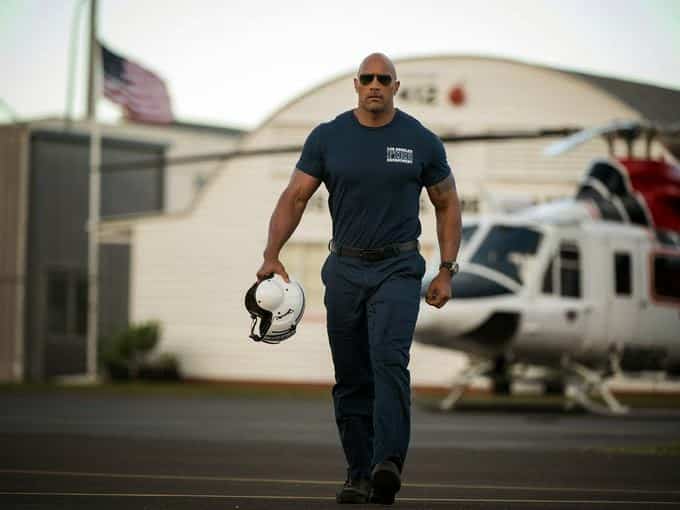 I will say though that I do prefer San Andreas over most Emmerich movies for the simple fact that it clocks in at a lean one hour and forty-seven minutes (in comparison, that about an hour shorter than 2012). Still, I can’t say I can recommend it as anything beyond a rental or a streaming session on Netflix. While it does have its occasional moments of exhilarating destruction, it’s held back by both Emmerichian and non-Emmerichian flaws.

The casting of Dwayne Johnson as the divorcee frantically searching for his child is the movie’s first mistake. While The Rock can be a very entertaining actor, the movie doesn’t know how to play to his strengths. None of his charisma and just-tongue-in-cheek-enough tough guy appeal is present. He plays it too straight here. If he’s going to be in an earthquake movie, he shouldn’t be an everyman. He should be a superhuman mutant that pulls the cracks in the Earth back together or something. He’s not the type of actor who can sell the desperation and fear of a normal person in this type of situation.

Whose bright idea was it to put Johnson in a helicopter and a plane for most of the movie’s running time anyway? Where’s the suspense in watching our protagonist fly (mostly) safely over the chaos and wreckage on the ground? Watching buildings topple is far more interesting when the characters are or near those buildings (that’s why the best scene in 2012 was the scene in which John Cusack drove his limo straight through an earthquake). 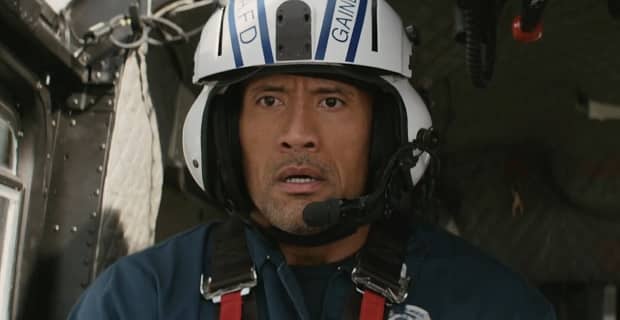 There are halfhearted attempts at giving Johnson and his family a tragic backstory told mostly though expository dialogue, but at its core this movie’s about the special effects and action scenes. They’re mostly well done (a scene in which Johnson and his ex-wife ride a boat up a tsunami is quite fun) but they lack suspense due to the fact that all of the characters are either poorly acted bores that are difficult to care about or Dwayne Johnson (let’s face it. No puny earthquake could kill him).

My final verdict is that San Andreas is harmless. It’s never offensively bad, it’s made competently, and it has a suitable running time. You likely won’t hate yourself for watching it but if you choose to do so, just don’t expect anything very inspired.