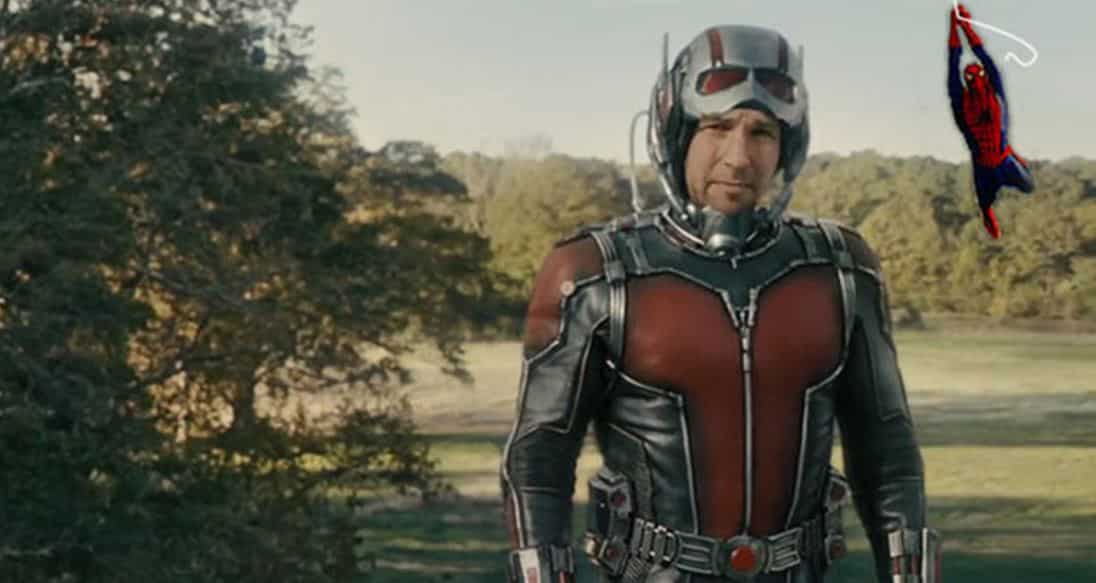 According to Latino Review, a few re-writes were made before the Sony/Marvel Spider-Man deal was done – to include references to the web-slinger:

We’ve heard an unconfirmed rumor there is “lots of” talk of/references to Spider-Man and OsCorp in the current version of Ant-Man.

Corey Stoll’s villainous businessman Darren Cross is attempting to sell the Ant-Man/Yellowjacket weapons technology to other corporations and organizations. The Ten Rings from Iron Man and Roxxon, a Marvel Comics corporation that has been name-dropped in all 3 Iron Man movies, Agents of SHIELD, Agent Carter, Daredevil and a Marvel One Shot. This scene would be an excellent opportunity to introduce OsCorp into MCU.

Ant-Man synopsis: Forced out of his own company by former protégé Darren Cross, Dr. Hank Pym (Michael Douglas) recruits the talents of Scott Lang (Paul Rudd), a master thief just released from prison. Lang becomes Ant-Man, trained by Pym and armed with a suit that allows him to shrink in size, possess superhuman strength and control an army of ants. The miniature hero must use his new skills to prevent Cross, also known as Yellowjacket, from perfecting the same technology and using it as a weapon for evil.

This would definitely be great to see, as fans would finally be getting Spider-Man in the Marvel Cinematic Universe, where the character rightfully belongs.

What do you make of this rumor? True or false? Would you like to see Spider-Man referenced in Ant-Man? Be sure to tell us all of your thoughts in the comment section below!