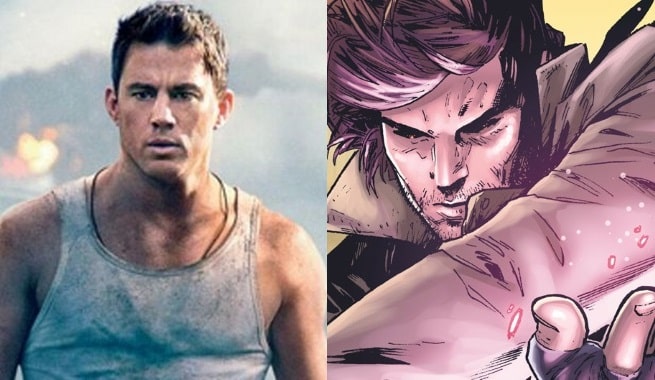 Director Rupert Wyatt (Rise Of The Planet Of The Apes) has been chosen by 20th Century Fox to direct the upcoming Gambit movie which will star Channing Tatum.

It’ll be interesting to see if Channing Tatum can pull off a solid performance for the X-Men character.

According to the Marvel Wiki page:

Abandoned at birth due to his burning red eyes, the mutant child who would one day become Remy LeBeau was kidnapped from his hospital ward by members of the New Orleans Thieves Guild who referred to the child as “le diable blanc” – the white devil. They believed he was the child that had been prophesied to unite the warring Guilds of New Orleans. Soon after, Remy was placed in the care of a gang of street thieves who raised the child and taught him the ways of thievery.

Later, when he was around ten years old, Remy attempted to pick the pocket of Jean-Luc LeBeau, then-patriarch of the Thieves’ Guild. Jean-Luc took the boy off the streets and adopted him as his own son. As part of a peace pact between the Thieves’ Guild and their rivals, the Assassin’s Guild, a marriage was arranged between Remy and Bella Donna Boudreaux, the granddaughter of the head of the Assassins Guild. However, Bella Donna’s brother Julien objected to the marriage and challenged Gambit to a duel. Remy killed Julien in self-defence, but was excommunicated and banished from New Orleans in an attempt to maintain the non-aggression pact between the two guilds.

What do you think of this? Are you excited for the upcoming Gambit movie? Be sure to tell us your thoughts in the comment section below!