Top 5 DC Villains That Deserve To Be In A Movie 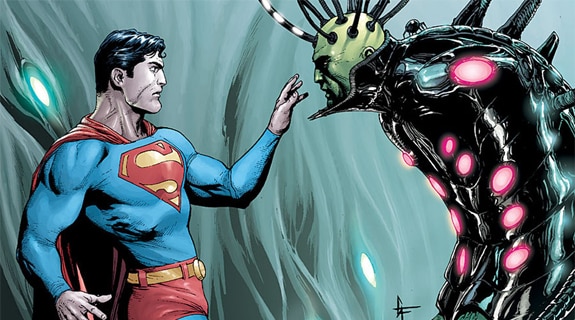 With the new DC Cinematic Universe coming in full force, there are new opportunities for characters to arise. One area in which this author is excited about new opportunites is in the area of villains. DC has some fantastic villains and monsters that have yet to been seen on the big screen but could very well see their day in the sun soon. So, here are the Top 5 DC villains I think would make great choices for movie appearances: 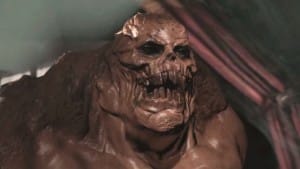 A common foe of Batman, Basil Karlo is a former actor whose body is comprised of clay that can change his appearance to match anyone. Seeing as he is also made of clay, he is extremely difficult to beat. If done correctly with great CGI, Clayface could be a truly terrifying and formidable foe for the Dark Knight. Up until this point, Clayface has been relegated to roles in the various animated shows and the final boss in the highly successful video game Arkham City. It is only a matter of time before Karlo makes his big screen debut.

Ares is the god of war and no, I’m not referring to the video game. In the comics, Ares is one of the main forces in opposition to Wonder Woman. He feeds off war and violence and is extremely powerful. Ares is very brutal and loves to see the world attack itself because he draws strength from that.

With Wonder Woman confirmed to be getting a standalone film and presumably multiple films, she will need worthy adversaries to square off against. Without a doubt, Ares is one of her greatest foes and every great hero is only as good as their villain.

This is a Superman foe whose name has actually been floating around the movie world for quite some time. There are always rumblings or rumors of plans to have Brainiac appear in a Superman movie but it just hasn’t happened yet.

One day, we will get the highly intelligent android in a film though. The safest bet would be in the first Justice League movie as he would be the perfect foe to assemble multiple superheroes yet isn’t the heaviest hitter the Justice League routinely faced(that’ll come later).

Brainiac is an advanced android that is bent on world domination and has been around forever, even dating back to the Super Friends cartoons. It’s a mystery as to why he hasn’t been seen on screen yet but I think it is safe to assume we will see him wreak havoc eventually. 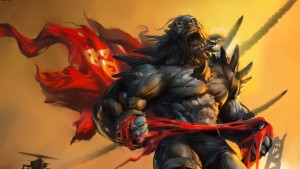 Doomsday is easily one of the major villains I have wanted to see on the big screen ever since I started reading comics. Doomsday, in case you didn’t know, is the being responsible for killing Superman. The two slugged it out in the middle of Metropolis, somehow still causing less damage than that of Man of Steel, and essentially beat each other to death. It was a shocking event in comics and one this author feels needs to be recreated on the big screen.

A common complaint about Superman is that he is too powerful and therefore boring. As a comic book fan, I’ve heard that argument time and time again and I respect that. But, having Superman get put through the ringer only to die a violent death at the end is sure to change a few people’s minds about the Man of Steel. Doomsday is the ultimate powerhouse in comics and one that deserves to be in a movie. But, only if they show is devastating power and the high cost it takes to defeat him

The star of numerous comic stories and animated adventures, Darkseid is the big bad for the Justice League. He, like Brainaic, has floated around for years, even back to the Super Friends days but has never gotten his chance to be on the big screen. The only thing close was a horrible appearance in the final season of Smallville.

Darkseid is a true terror and it takes everything the Justice League has to beat him whenever he comes around. He even served as the introduction villain to the Justice League in the New 52 version of the comics. He leads an enormous army that would be a spectacle to see on screen.

Naturally, there will be some comparisons to Marvel’s Thanos, but the two are very different in their respective worlds. Darkseid is that all powerful force that could be just the right antagonist to go toe to toe with the Justice League.