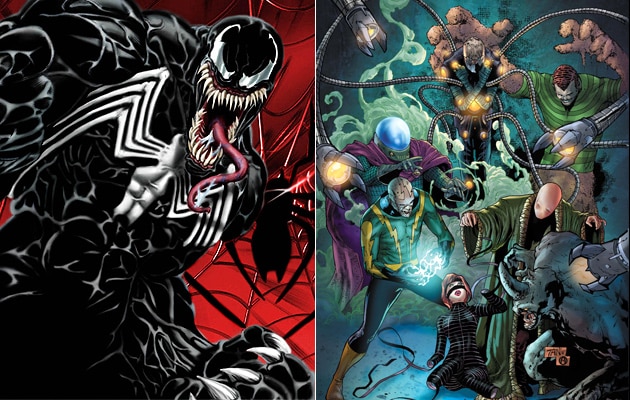 While on the press tour for Marvel’s upcoming Ant-Man, people have been probing for more information on the landmark deal between Sony and Marvel to bring Spider-Man into the MCU, with first an appearance in Captain America: Civil War in 2016, and then his own stand-alone movie in 2017.

In an interview with birthmoviesdeath.com he talked about the direction Sony and Marvel are looking at taking the reboot:

The heist movie he refers to is Ant-Man, which has been compared to Oceans Eleven by early reviewers. Feige continued, explaining that the stakes don’t have to be world altering, they can be smaller and still have a large impact.

“Stakes don’t need to be end of the world. Oftentimes, in our films, it is, and in our future films Thanos doesn’t work small. But sometimes the stakes can just be ‘Will this little girl grow up to be healthy and well put-together, or are there too many issues for her to overcome?’ That’s HUGE! That overrides a threat to reality itself. And I think Spider-Man straddles that line in a fun way in his comics. What we wanted was a movie where the stakes could be as high as ‘This bad person is going to do this bad thing, and a lot of people could die’ OR ‘You don’t get home in time and your aunt is going to figure this out, and your whole life is going to change.”

And when asked about who Spidey will be facing on screen, Feige had a teasing answer:

“That’s the advantage [of having a large rogues gallery]. Right now we’re interested in seeing villains we haven’t seen before.”

Obviously we’ve had Spider-Man face off against Electro, The Lizard, Sandman, Venom, Doc Ock and 2 iterations of The Green Goblin, so this opens the door to seeing someone new against Spidey. Will Sony bring over some of the ideas that came from the Sinister Six plan that Sony was working on before the Marvel deal came long, or will we see someone completely different?