5 “Darker” Comics Worth Your Time 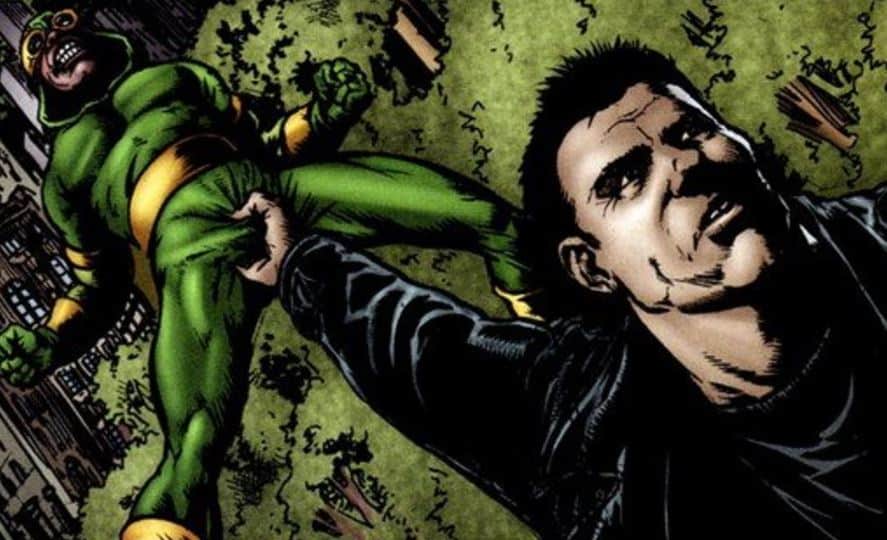 The Marvel films are undeniably well-crafted, injecting the prefect amount of dark humor needed for the audience to buy into the universe their characters inhabit. They follow a rich heritage of summer blockbusters featuring square-jawed, clean-cut Superheroes. Characters who traditionally have to overcome personal issue and prejudice in order to win the the adoration and respect of their public. But what about the heroes who don’t really care for the hearts and minds of the common man?

Well, their previous forays onto the big screen haven’t exactly been embraced by the masses. Both The Punisher and Ghost-Rider have suffered at the hands of flawed portrayals, and it’s only recently that the damage done by Ben Affleck to Daredevil has started to be repaired. It seems that it isn’t as easy to write a convincing script with the required depth and motive in order to cast a hero who’s prepared to cross the line, and venture down the paths that Marvel’s most high-profile heroes fear to tread.

So if you’re sat there willing the studios on to take a punt on Spector over Stark, and to finally nail the way that Frank Castle cleans up, then here a five comics that sit outside the Marvel and DC mainstream universes, that are crying out for a transition to the big screen, and for you to read them. 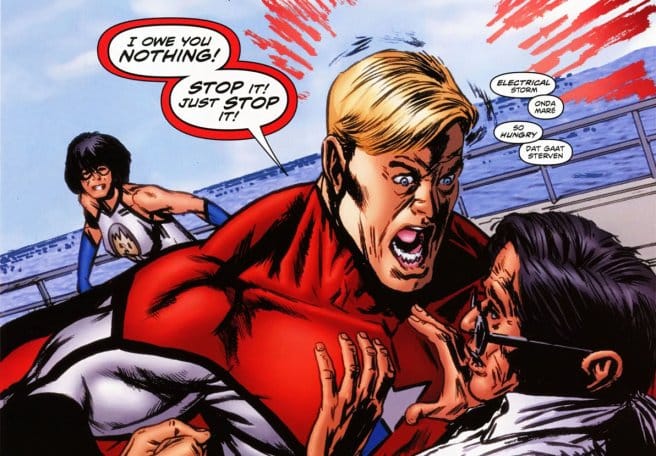 What If your world’s version of Superman woke up one day and decided he’d had enough of being a good guy? How could you hope to reason with, or stand up to the most powerful being in the known universe?

What makes it worth reading:

The concept is both intriguing, and well executed. Each installment flits from the present day struggle of the remaining heroes, whilst slowly drip-feeding the backdrop to the worsening situation they find themselves in. The opening slaughter of a Batman-esque character and his young family is chilling and visually impactive, pulling the reader into the story from the get-go.

The Set-Up:
Superpowers have always been the privilege of the ruling classes, and at the heart of all history’s conflicts, a nation’s armies were lead by the gifted members of each nation’s Royal families. As time has passed, the monarchies of the globe agreed to hide their gifts in the interest of reducing conflicts, but at the height of WWII, a member of the British Monarchy decides enough is enough, causing an immediate escalation from the Axis powers, and a horrific cost to all those involved.

What makes it worth reading:
This could have just degenerated into a simplistic ‘Nazi’s vs the good guys’ sketch, but the story strands of superpowers and WWII events are particularly well integrated. This results in some memorable set-pieces, involving a Japanese/US naval battle in the aftermath of Pearl Harbour, and a Russian/British face off in the ruins of Stalingrad. What’s also very engaging, is that within a short space of time it becomes apparent that each powered Royal is deeply flawed in some way, which leads to some fairly gruesome consequences. 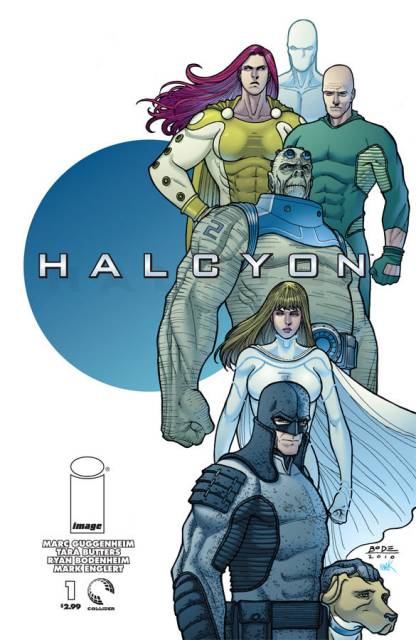 The Set-up:
Inexplicably, it becomes apparent that all wrongdoing and evil in the world is gradually coming towards an end, heading the planet towards a state of peaceful existence. This developing Utopia is welcomed by the members of the superhero teams that have always protected the people, with the exception of the crime fighter Sabre (a Batman/Punisher figure) who commences an aggressive investigation into the cause of this unnatural peace.

What makes it worth reading:
It’s a short run, and moves at a brisk pace. The main character and story-arc of Sabre are well executed, and throw up an intriguing question you could apply to all anti-heroes. Do they genuinely exist to protect the public, or do they continually seek out and pursue wrongdoing for their own agenda? And what happens when this brings them into conflict with other heroes? 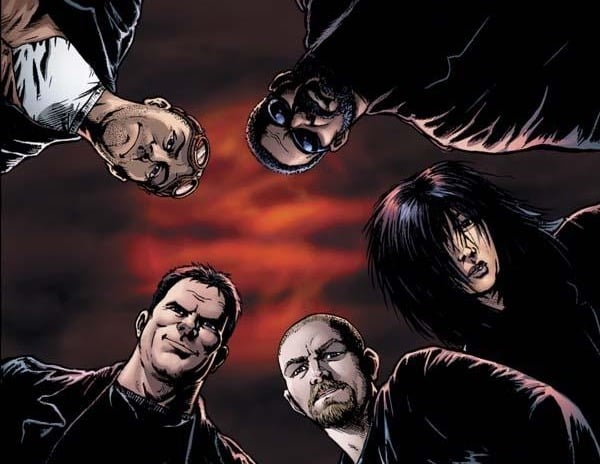 The Set-up:
Since the turn of the century, the source of all superhuman powers comes from a chemical compound owned and distributed by shady corporations. Powered individuals are either bred, or produced as a result of the abuses of this corporation. When their attempt to use 9/11 as a publicity stunt causes further atrocity, the CIA recruit a small group of people affected by the supers to monitor and eliminate the superhero community as required. Only, this group have their own issues to contend with.

What makes it worth reading:
The utterly bonkers premise that all superheroes are flawed scum, secretly ruining the lives of the public is great. Featuring immediately recognizable versions of every Marvel and DC character, the series essentially mocks the whole genre, and our love of it, and then throws a group of homicidal maniacs against the ‘heroes’. The level of violence is intense, and the various means by which our protagonists take out the capes stretch from gut-wrenching to utterly hilarious. 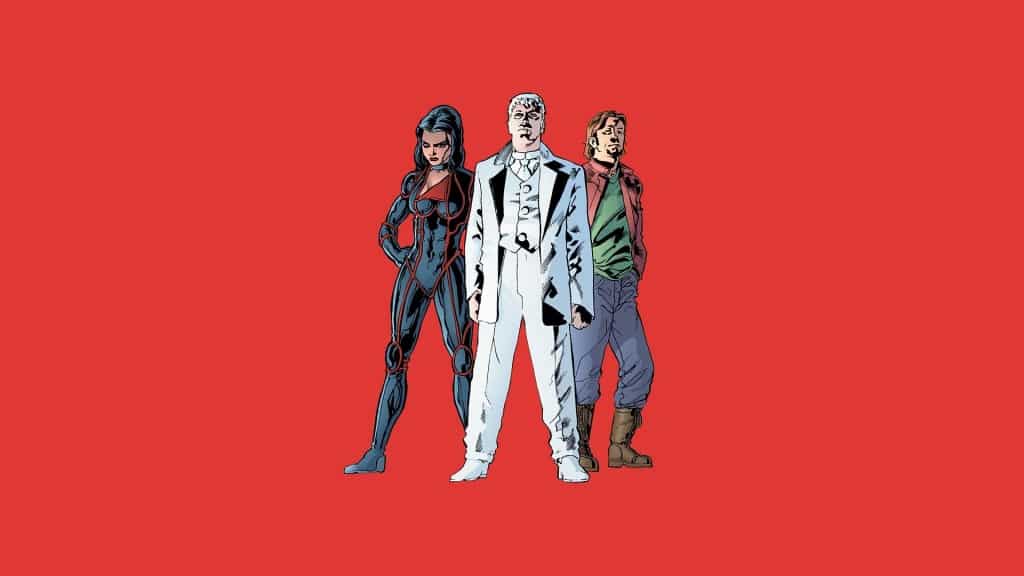 The Set-up:
Four astronauts are exposed to mysterious powers whilst off in space, and return to Earth with strange new powers. You know the story. But what if they decided to use their gifts to take over the world? Lead by a mysterious amnesiac figure named Elijah Snow, a small group of people directly affected by the actions of ‘The Four’ investigate the murders of the world’s heroes, whilst trying to find a way to tip the balance in humanity’s favor.

What makes it worth reading:
It’s a long but easily accessible series, with each publication tackling not only the current murder/mystery of thinly-veiled versions of Marvel and DC heavy-hitters, but also gradually rebuilding the past of the enigmatic Elijah Snow, who is one of the better written characters of recent times. The story gradually starts to build in scale and tension, leading to an inevitable face/off between the two groups, but not before Planetary have found a number of ways to even the odds. The series pays homage to, and borrows from the entire creative spectrum of the comic book industry, and the results are immensely satisfying.

What did you think of the list? Let us know in the comment section at the bottom of the page!
Tags: Comics
Leave Comment
No Result
View All Result