In the comics, when not constrained by timeframe or budget restrictions to work to, the idea of a recurring team of villains persuaded/forced into doing good is a constant theme. DC have been running the modern iteration of the Suicide Squad since 1987, and the Marvel equivalent is the Thunderbolts.

The concept of a bad guy suddenly flipping his good switch to ‘ON’ in an effort to find some redemption is a fairly regular occurrence in the world of superheroes. In the cinematic universe, it’s usually confined to the remaining 5-10 minutes of the film, when said bad guy has realized their grand scheme was actually a bit silly, really, and they need to help the good guy try and stop the massive collateral damage that’s now occurring before them (then usually dying and saying something profound for their last words…)

Originally formed by Baron Zemo to fill the gap made by Earth’s heroes being removed during the ‘Onslaught’ saga, and subsequently lead by Hawkeye, the team has disbanded and reformed for all the major Marvel storylines, retaining a central core of members, and a revolving door of captured villains, with the occasional hero who has their own reasons for joining up.

With Daniel Bruhl cast as Zemo in the forthcoming Civil War movie, and rumours of a Thunderbolts TV series gathering pace, we’ve taken the liberty of reviewing the 5 most recent incarnations of the team below. Let us know your favourite, and if we get a good enough debate going can do an article with the results, and look at the winner in a bit more depth: 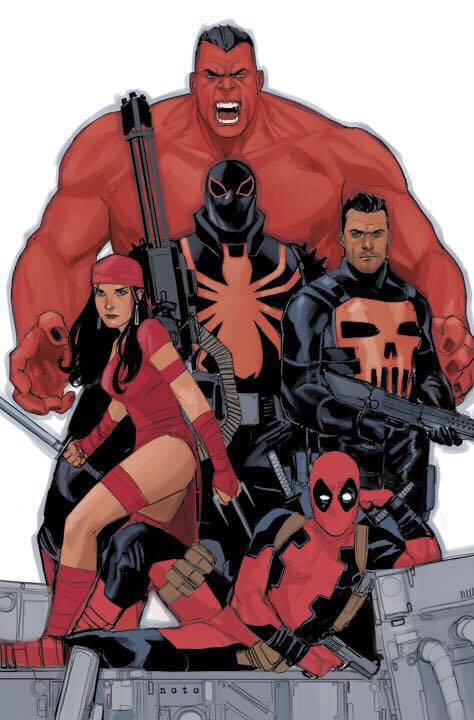 Clandestinely formed by the aptly nicknamed Thunderbolt Ross, this bloody and appropriately red-themed black-ops incarnation was crewed more with anti-heroes than actual villains. Using Punisher, Deadpool, Elektra and Agent Venom as a core, the team combatted hidden threats to national security at Red Hulk’s behest, whilst also pursuing the solo agendas of its members, until finally undone by infighting caused by the machinations of The Leader. 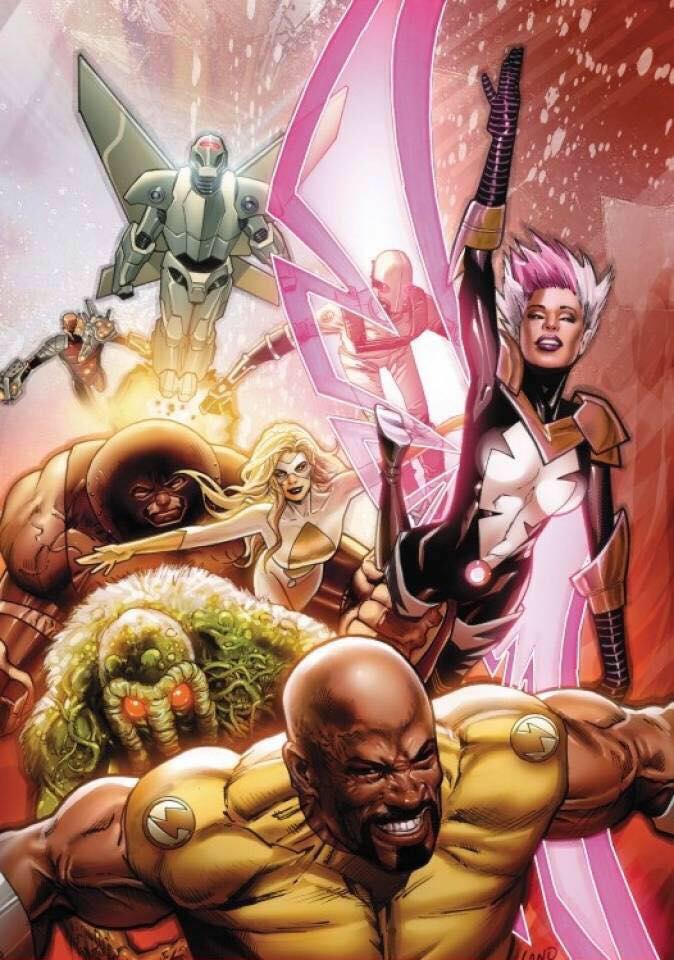 The task of realigning this group of misfits was accepted by Luke Cage. Operating out of the Raft, Songbird, Fixer and MACH IV returned, supplemented by Juggernaut, Crossbones, Man-Thing, with the returning Ghost and Moonstone. But without a brutal and truly evil driving force to run it, and containing some of the most extreme members it ever had, the writing was on the wall from the outset for this version, with the destruction of the Raft by Juggernaut signaling the final self-destruction of this interim team.

Following the apparent final heroic victory of Osborn during Secret Invasion, the scene was set for a brutal rework of the Tbolts, as Osborn laid the groundwork for his Dark Avengers. The roster was completely (and in the case of Swordsman, bloodily) purged, and replaced with a much more lethal and unstable line-up, if such a thing were possible. In came Headsman, Scourge, Mr X, Paladin, Nuke and Ghost, and the mysterious 2nd Black Widow. But the team effectively split into two, with half its newer members at odds with the more imbalanced members, and they were dissolved in the wake of the Seige storyline, along with Osborn’s fall from grace. 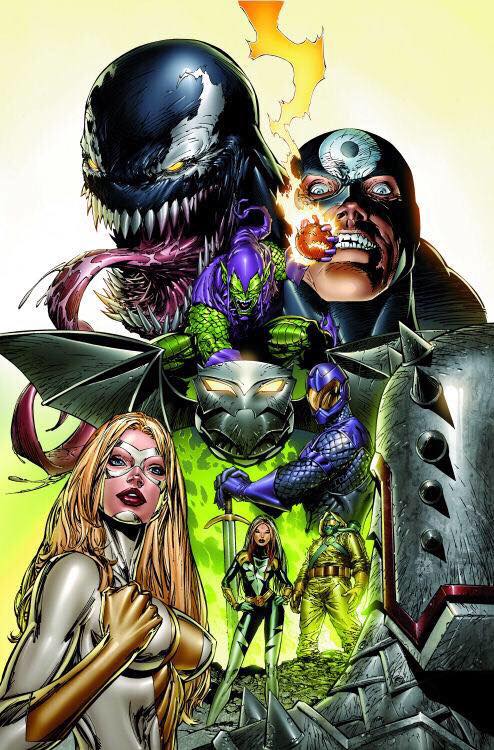 With Zemo now gone, leadership of the team fell to a supposedly-reformed Norman Osborn. With Songbird and Bullseye remaining, but the rest of the original team having left in disgust, their numbers were reinforced with the voluptuous but scheming Moonstone, the newly created Penance and the Chinese villain, Radioactive Man. The methods of this team slowly became more savage, as seen with the brutal attack and crippling of Jack Flag, bringing the more traditional members of the team into conflict with Osborn’s new recruits and methods. 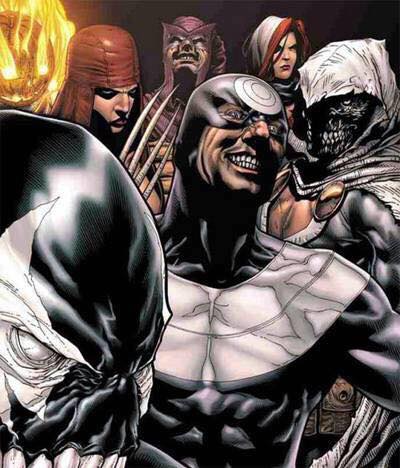 The Thunderbolts roster that entered Civil War was still very much the traditional core of bad guys originally recruited by Baron Zemo. With Songbird, Fixer, Mach IV and Jolt all being long-serving members. Following a deal with Tony Stark’s Pro-registration side, Zemo’s ranks were then swollen by a huge influx of super-villains, including Taskmaster, Bullseye, Lady Deathstrike and Venom, all setting the stage for future villainous incarnations. The team was a regular feature throughout Civil War, and formed the spine of the Pro-Registration forces in the epic final showdown with Steve Rogers’s people.

What is your favorite Thunderbolts roster? Let us know in the comments below!

Continue Reading
You may also like...
Related Topics:Marvel, Thunderbolts