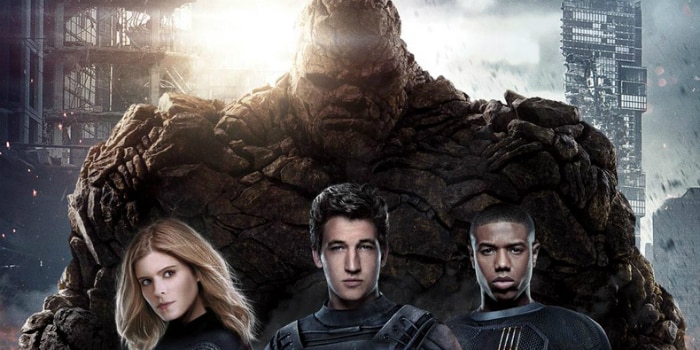 A box office analyst is projecting a $60 million dollar loss from Fantastic Four for FOX  – according to Variety. Per the report:

“Fantastic Four” is struggling to find its footing at the box office this weekend, suggesting that not even superheroes are immune to poor reviews.

Early estimates show the 20th Century Fox release struggling to hit $30 million for the weekend, which is well below the anticipated mid-$40 million mark. Should the estimates keep plummeting, the opening could prove disastrous for the studio, which spent $120 million on the pic.

Thursday night previews for “Fantastic Four” pulled in a lukewarm $2.7 million at 2,900 locations.

The film adds to an already negative start to Fox’s forecast of profits, which according to Barton Crockett, an analyst at FBR & Co., would be a “$200 million year-over-decline in studio segment profits in fiscal year 2016”.

Maybe it’s time FOX considers selling the rights to it’s Marvel characters back to Marvel – or at least consider making a deal with them like Sony did. Fans clearly want the characters back in the MCU and Fox can’t afford another bomb like Fantastic Four.

The film’s synopsis: Transported to an alternate universe, four young outsiders gain superhuman powers as they alter their physical form in shocking ways. Reed Richards becomes Mr. Fantastic, able to stretch and twist his body at will, while pal Ben Grimm gains immense strength as the Thing. Johnny Storm becomes the Human Torch, able to control and project fire, while his sister Sue becomes the Invisible Woman. Together, the team must harness their new abilities to prevent Doctor Doom from destroying the Earth.

What do you guys think? Will you be watching Fantastic Four? Be sure to tell us all of your thoughts below!