While we all know that Batman and Superman will be going at each other in Batman v Superman (obviously) – there is now rumored to be another battle taking place in the upcoming film. This might be considered a ***SPOILER*** so if you’re not interested in knowing certain details of the upcoming film, please – don’t read any further.

Okay, still here? Cool. HeroicHollywood is reporting that Wonder Woman will fight Doomsday in the film. Here’s what they said:

She is quite the warrior princess in the film because she has an integral scene in the big showdown with Doomsday. I think glimpses of the mega fight were shown and hinted in the trailer as well.

During the fight with Doomsday, Wonder Woman draws that awesome sword of hers, swings it at Doomsday and manages to chop off the hand of the beast!

Kind of reminds me when I was a kid and saw Perseus cut off Calibos’ hand in Clash of The Titans.

Wonder Woman is badass and got skills but don’t count Doomsday out! He is still in the fight! Complications ensue because a BONE BLADE grows back where Doomsday’s hand used to be! In screenwriting that’s called a reversal. Now Doomsday got a blade of his own. 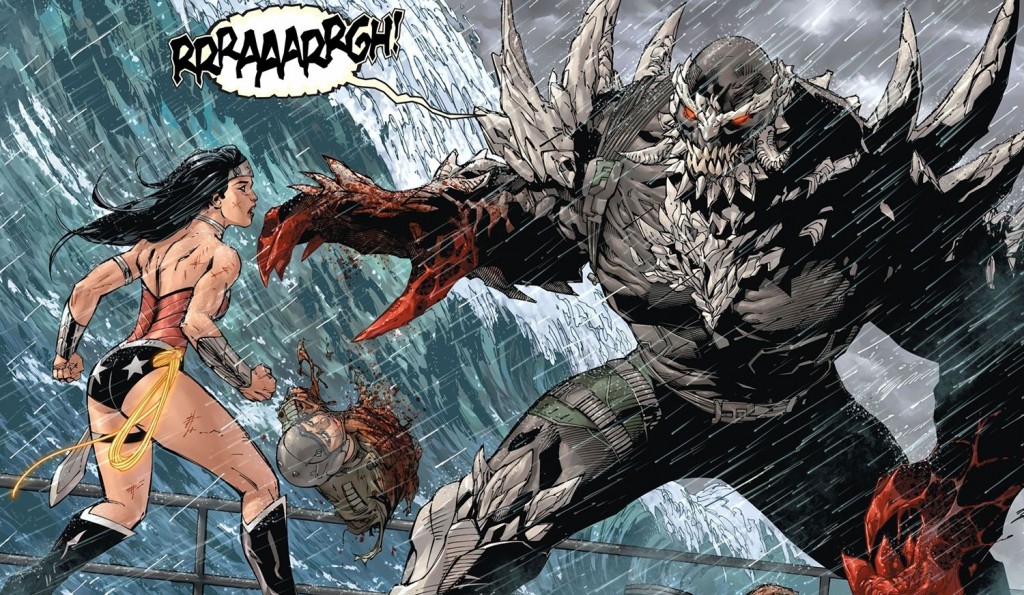 Think it’s true or no? Be sure to sound off below!