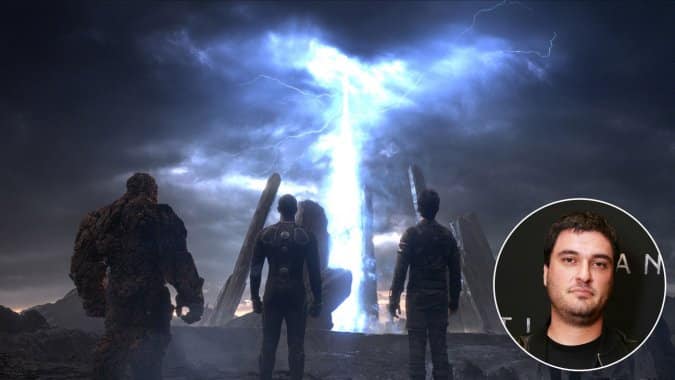 At this point, things are going pretty bad for Fantastic Four director, Josh Trank. THR has released a new report detailing the strange behavior that the director exhibited on the set of the reboot.  Here are some of the major things that came from the report:

Multiple sources associated with the project say the director did not produce material that would have “opened the way to a salvageable film.”

Several people within the production say he resisted help from the studio. ”He holed up in a tent and cut himself off from everybody. He built a black tent around his monitor. He was extremely withdrawn.” Between setups, “he would go to his trailer and he wouldn’t interact with anybody.”

“During takes, he would be telling [castmembers] when to blink and when to breathe. He kept pushing them to make the performance as flat as possible.”

“Trank and his dogs allegedly caused more than $100,000 worth of damage to a rented house in Baton Rouge that he and his wife occupied while the film was shooting there.”

“Sources say now that after landlord Martin Padial moved to evict Trank, photographs of the landlord’s family that were in the house were defaced.” He made a complaint to the local sheriff’s department and even filed a civil suit.

A crew member on the film said the movie was “ill-conceived, made for the wrong reasons and there was no vision behind the property. Say what you will about Marvel but they have a vision.”

The studio was “afraid of losing the rights so they pressed forward and didn’t surround [Trank] with help or fire him. They buried their heads in the sand.”

There was some talk of firing Trank before the movie started shooting, but Fox put their complete faith in him “because he had directed the studio’s 2012 found-footage hero movie Chronicle.”

Based on that, “insiders say Fox executives thought they had found an ‘in-house director,’ a young talent who could become another J.J. Abrams.” Well, that dream is dead!

The problems eventually escalated to the point of no return. An inside source said, “How do you ask someone to take over half of a movie shot by someone else? You either hire somebody desperate for work or you [start over], write off pretty much the whole budget and lose the cast.”

Pretty strange, right? But that’s not all – one “central player” in the development of the movie had this to say about Trank:

“To me, it is a classic indictment of the entire system. Give Josh Trank a $20 million movie. Groom him. But they don’t make those movies anymore… Nobody should escape scrutiny on this one. Everyone should take a good look in the mirror, myself included. Even I probably did the movie for the wrong reasons.”

The report also mentions that before the film was released, Trank sent out an email to the cast members saying that the film is “better than 99 percent of the comic-book movies ever made.”

To which one of the cast members even responded to him with, “I don’t think so.”