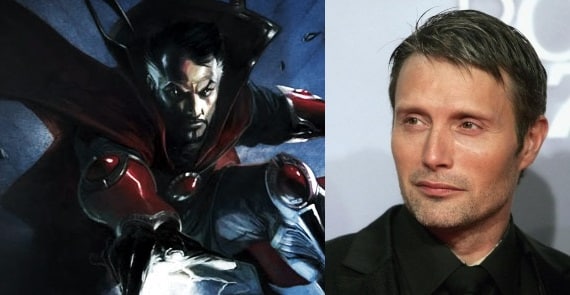 Mads Mikkelsen (Hannibal) has entered talks with Marvel Studios to play a villain in Doctor Strange – according to Variety. He’s not been given an official offer but will be presented with one shortly.

The actor had previously been up for the role of Malekith in Thor: The Dark World but turned it down to play the title role in Hannibal. He was also recently announced as part of the Star Wars: Rogue One cast.

I’m not quite sure which villain he’d play – who do you think he’d be best suited for? Sound off below!