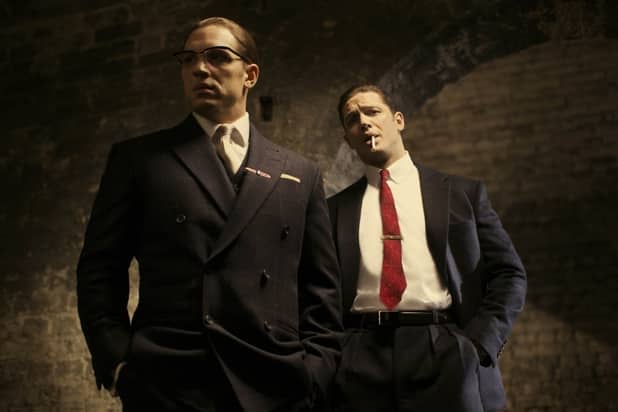 Tom Hardy is the centerpiece behind this ambitious story which sees him portray both the smooth talking Reggie and the psychotic Ronnie Kray. Unfortunately Legend is a simplistic and shallow portrayal of their rise to power which severely lacks the emotion that it ought to have had. Brian Helgeland is better known for being a screenwriter with LA Confidential and Mystic River being two of his most notable works whereas his directing hasn’t been able to reach anywhere near the heights of his writing.

Casting Hardy in both roles has proved to be problematic as it ends up hindering the movie in more ways than one. First of all by having him play both brothers, it seems as if Brian Helgeland had put himself into a directorial nightmare where he had to constantly avoid both characters from interacting with each other as much as possible. By doing this, their relationship on screen was never really believable and a lot of the emotion and intimacy was sucked out of the movie. 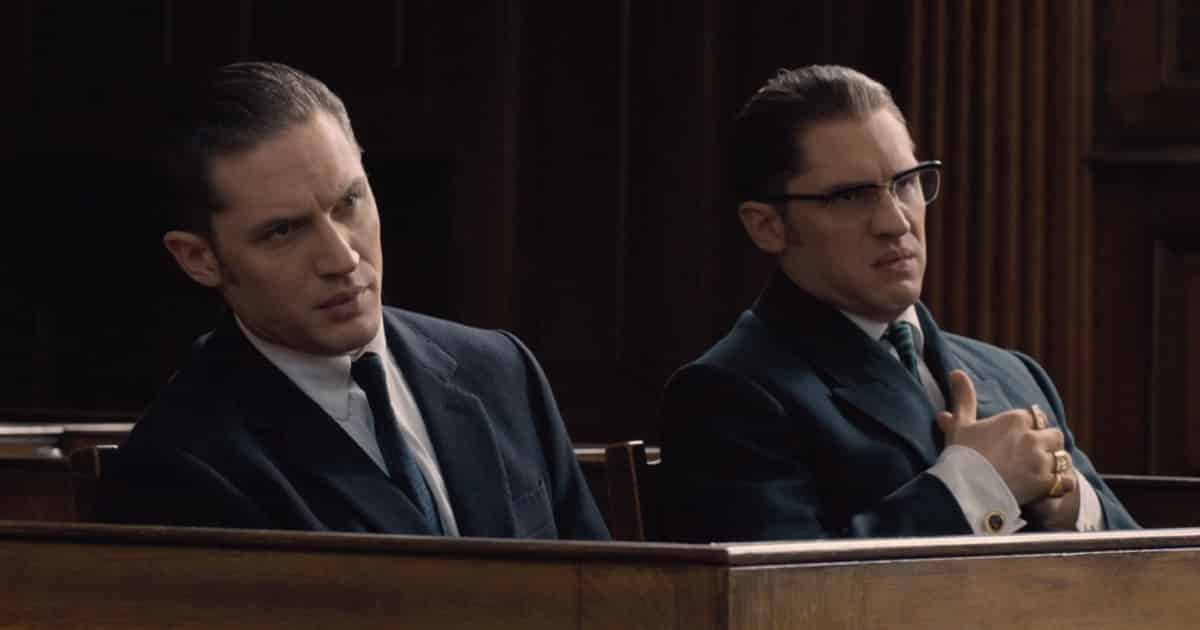 Hardy is able to portray the sinister Ronnie with aplomb and although the character could be seen as rather one dimensional he’s able to put enough gusto in the performance to make it an entertaining treat to watch. The prosthetics used for the character were visually striking to that of the real Ronnie Kray and helped define the characters brutish behavior. His performance as Reggie however at times felt disjointed and out of place which could be attributed to both the direction and the script which for the majority of the movie, were all over the place.

Legend mainly focuses on Reggie’s relationship with his wife Frances who is portrayed by Emily Browning. Unfortunately for Browning she’s let down by a weak script and is often playing second fiddle to both Kray brothers. Her character never really has time to breathe and much like the majority of characters in the movie, she simply comes across as one dimensional. This is where the movie falls short as what should have been a character driven story instead feels like a hollow, vacuous insight into Britain’s most notorious crime family.

Overall Legend maybe visually charming but it’s beauty is only skin deep. Brian Helgeland’s script isn’t anywhere near powerful enough to tell the story of London’s most iconic crime duo with certain lines of dialogue being cringeworthingly bad. His direction does nothing to improve his less than stellar track record and will surely keep him to screenwriting duties in the future.

Hardy’s performances are at times limited due to the double casting which causes unnecessary issues to what could have been an interesting movie although he is talented enough to save Legend from being a disaster. Recommended for Tom Hardy enthusiasts however if you’re looking for something with grit and character then you’d be best to avoid this disappointing adaptation.