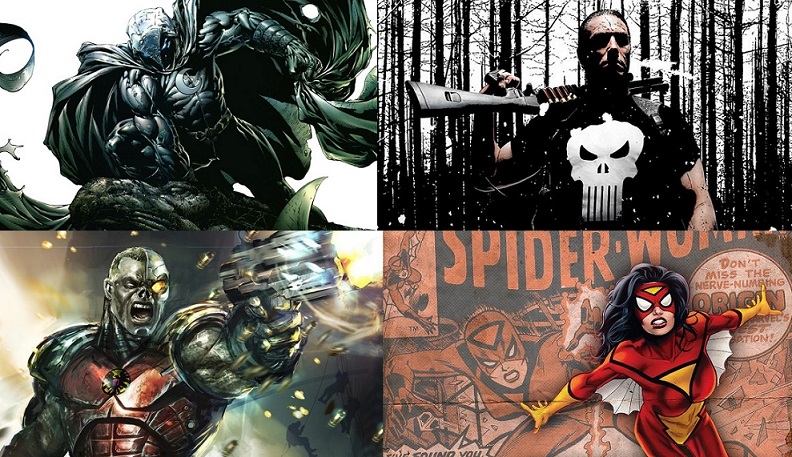 An anonymous source “close” to the situation has informed us that for Marvel’s next slate of Netflix shows, they’re going dark – very dark. The source says that in 2018/2019, you can expect the following shows for Netflix:

This could make sense for a number of reasons. Fans have been clamoring for a Moon Knight series for a while now and with Netflix established for Marvel’s darker properties, they could finally have a place for it. Frank Castle is appearing on Season 2 of Daredevil, so by 2018, he’ll already be established. Deathlok has already appeared on Agents of S.H.I.E.L.D. Spider-Woman is also fair game in terms of rights to the character.

Blade has been thrown around as of late, and could end up being how Moon Knight is introduced into Marvel’s shared universe. I’m a little surprised that Blade or Ghost Rider weren’t announced as shows but I guess we’ll have wait and see what happens. I’d be expecting a name drop or some type of appearance in any of the shows.

As with all of these stories, take it with a grain of salt. If true, however – how excited would you be? Let us know in the comment section below!