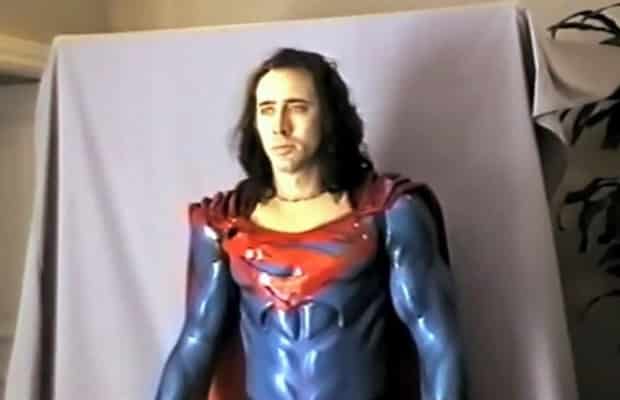 For whatever reasons, movies get planned and just don’t happen. Whether it’s problems with the script, studio, etc. – they just don’t happen. In some cases, however, they leave behind pretty interesting stories – especially in the case of comic book movies.

This was actually a film that was expected by everyone after the strong DVD sales of The Punisher in 2004. But – time passed and even though Thomas Jane periodically gave updates on the film, eventually he pulled out of it, stating the following:

“What I won’t do is spend months of my life sweating over a movie that I just don’t believe in. I’ve always loved the Marvel guys, and wish them well. Meanwhile, I’ll continue to search for a film that one day might stand with all those films that the fans have asked me to watch.”

It was reported that there were problems with the script (you can find scripts of the film online) and eventually, The Punisher 2 became Punisher: War Zone starring Ray Stevenson. Needless to say, that didn’t work out and the rights to the character reverted back to Marvel Studios and Frank Castle will be appearing alongside Matt Murdock on Season 2 of Marvel’s Daredevil.

For those of you who forgot about War Zone, here’s a little reminder:

Thomas Jane did actually reprise the role in a short film produced by Adi Shankar:

Before Zack Snyder’s 2009 film Watchmen came about, there were several attempts at developing a movie for the comic. It was said that Gilliam’s version would have used Rorschach’s diary as a voice over and feature many elements from the comics. Unfortunately, Gilliam and producer Joel Silver were only able to raise $25 million for the film (which was only a quarter of what they needed) and Gilliam later pulled out of the project, saying the following:

“Reducing [the story] to a two or two-and-a-half hour film […] seemed to me to take away the essence of what Watchmen is about.”

Zack Snyder: Right, and if you read the Gilliam ending, it’s completely insane.

Deborah Snyder: The fans would have been thinking that they were smoking crack.

Zack Snyder: Yeah, the fans would have stormed the castle on that one. So, honestly, I made “Watchmen” for myself. It’s probably my favorite movie that I’ve made. And I love the graphic novel and I really love everything about the movie. I love the style. I just love the movie and it was a labor of love. And I made it because I knew that the studio would have made the movie anyway and they would have made it crazy. So, finally I made it to save it from the Terry Gilliams of this world.

With the rights to the character about to revert back to Marvel Studios, FOX was ready to reboot Daredevil. They brought in Joe Carnahan to direct, who had an idea to put the character back in the 1970’s. His idea was set to be more low budget but ultra violent and be a trilogy:

“What people don’t realize about the DD project is that the producers of the film, got to me very late. They had a script that I read and I thought that while the action was wonderful, the story didn’t really have any additional bite. There was nothing. I suggested a trilogy as follows. ‘Daredevil ‘73’ ‘Daredevil ‘79’ and ‘Daredevil ‘85’ where I was going to do a kind of ‘cultural libretto’ and make the music of those eras a kind of thematic arc. So the first one would be Classic Rock, the second one would be Punk Rock and the third film would be ‘New Wave.’ The problem was, the option was almost set to lapse so we made an eleventh hour bid to Marvel to retain the rights for a bit longer so I could rework the script. Unfortunately, it just didn’t happen. Marvel wanted the rights back. I don’t blame them.”

Ultimately, FOX passed on the reboot and the rights reverted back to Marvel and we now have the Netflix series. Fans weren’t left empty handed, however, as Carnahan’s “sizzle reel” for the film was released online:

Back in the 90’s, it seemed that Marvel was selling the rights to their characters left and right – especially Spider-Man. This one featured a lot of drama, as companies were suing each other over the rights to the film – but that’s an entirely different story. We’ll just focus on what could have been with James Cameron’s Spider-Man.

This story would have featured a heavy dose of profanity and even had Peter Parker and Mary Jane having sex (out in the open on the Brooklyn Bridge…no, you read that correctly). The villains would have been Electro and Sandman.

The film went as far as Cameron signing a contract and even had a 47 page “scriptment” but ultimately never came to be. You can also check out the storyboards for the film by going here.

Before Joss Whedon made The Avengers, he was busy making Serenity and was hired by Warner Brothers to write and direct a Wonder Woman solo film. According to the film’s producer Joel Silver, the film would cover Wonder Woman’s origin and also feature Steve Trevor.

Years passed and eventually Whedon came out and said that he had not finished a draft:

“It was in an outline, and not in a draft, and they [studio executives] didn’t like it. So I never got to write a draft where I got to work out exactly what I wanted to do.”

He also said that Warner Brothers didn’t really seem to be behind him on his vision:

“I would go back in a heartbeat if I believed that anybody believed in what I was doing. The lack of enthusiasm was overwhelming.”

I think it’s safe to say that everything ended up working out for Whedon.

This is probably one of the more known movies that didn’t end up happening on the list. Rumors were that Raimi was pissed off at Sony for making him include Venom in Spider-Man 3 and was disappointed with how it turned out. He also stated that he felt immense pressure to deliver for Spider-Man 4 and he and Sony just didn’t see eye to eye.

It was rumored that we would have seen The Lizard and John Malkovich as Vulture. Anne Hathaway was also in talks to play Felicia Hardy.

Ultimately, none of this happened and the trilogy ended with Spider-Man 3. Sony rebooted the character and the rest is history. At least we will always have this piece of cinematic excellence:

Warner Brother’s actually had their superhero ensemble piece ready to roll before The Avengers came out. It was set to be directed by George Miller and feature the following cast:

Costumes were made, sets were built and millions were spent on pre-production costs. It was said to have a $220 million dollar budget and was actually on pace for a Summer 2009 release but the writer’s strike in 2008 pretty much killed the film. That and budget issues as well as Christopher Nolan’s displeasure with the film using elements of his Batman movies without his permission.

Ultimately, nothing came of it and it seems that DC/Warner Brothers finally has a plan in place for this to actually happen.

This is the one film that I think a lot of us actually would have wanted to see. It quite possibly could have been the single greatest movie ever made. Who wouldn’t have wanted to see Nicolas Cage as the 90’s Superman fighting a giant f*cking spider?

The story actually begins with Kevin Smith writing a screenplay in 1996. Producer Jon Peters stated that he wanted Superman to wear an all black costume and not fly. He also wanted Superman to fight a giant spider in the climatic showdown at the end. Smith’s draft is also said to have included Brainiac. His casting choices would have included Ben Affleck as Superman, Jason Lee as Brainiac, Jason Mewes as Jimmy Olson and Jack Nicholson as Lex Luthor.

He actually detailed the events here:

Tim Burton signed on to direct the film and eventually Nicolas Cage signed on to play Superman for $20 million dollars. Peters and Burton both felt that Cage could re-invent the character. Burton also chose not to use Kevin Smith’s screenplay.

After numerous re-writes of the script, Cage dropped out of the project in 2000 and eventually the project just fell apart completely. It is said that $50 million was spent on the film and as interesting as this story is, it’s not surprising that a documentary about this failed movie has been released.

Good or bad, none of you can deny that the film would have at least been interesting.