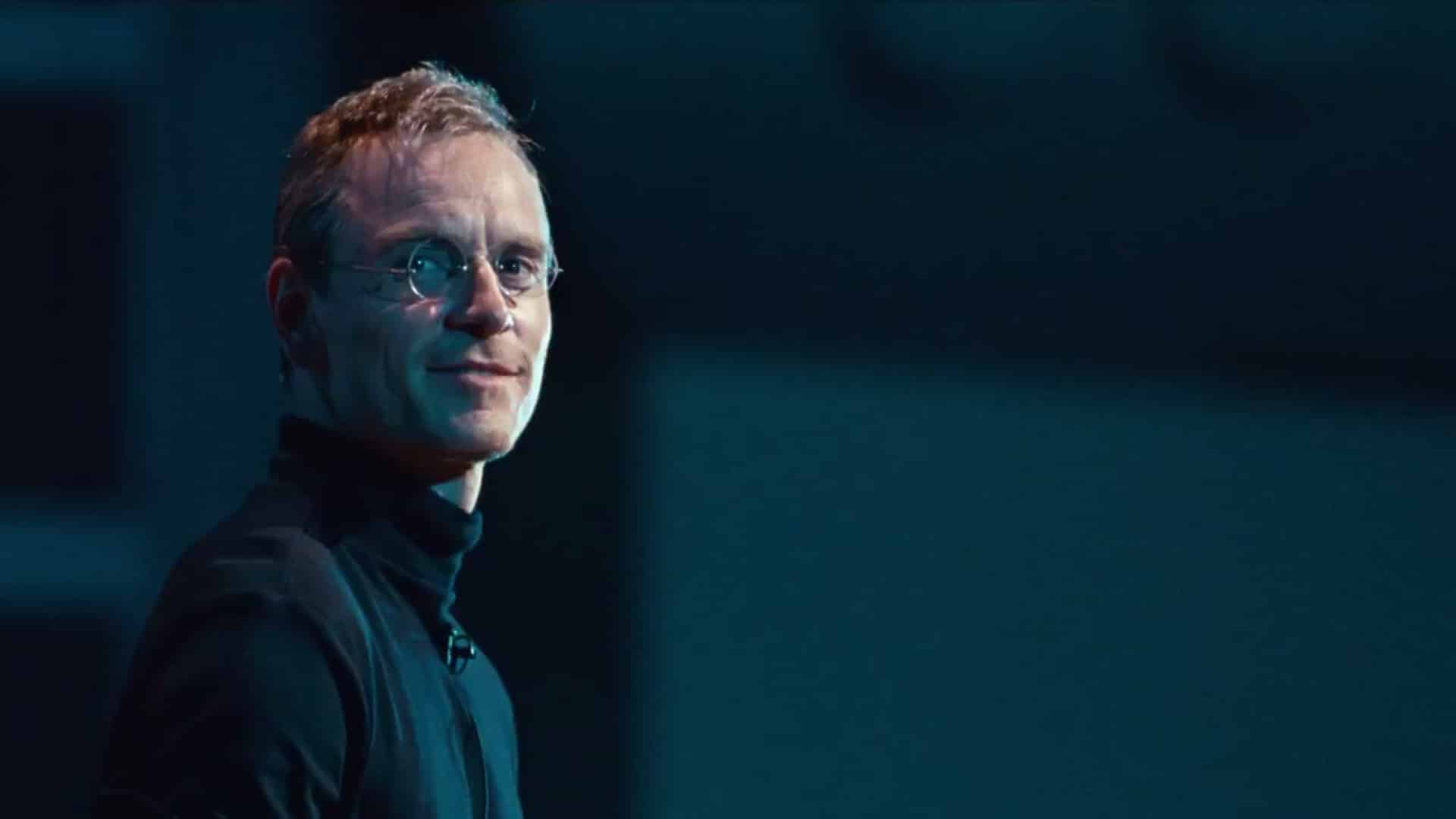 The film Steve Jobs has been on and off again for many years. David Fincher and Aaron Sorkin were to team-up again after there collaboration on The Social Network but with the added bonus of Christian Bale to play the title role. After many bumps in the road with Fincher and Bale exiting, Boyle and Fassbender stepped in to fill the roles as director and lead. With this combination of top notch actors, director and writer, the pieces were perfectly aligned for this biopic about one of the most innovating mind of our generation.

As the synopsis explained, the movie is set in three iconic product launches; all of them taken in different locations but set in the same theme, the backstage of a theater. Danny Boyle is known for having a kinetic feel to his movies. He steadies himself and gradually grows the pace to where you have to hold on to keep up. The confined spaced and theme would limit Boyle’s direction but only truly challenged him. He was given some leeway when the story had to take a few flashback routes, but Boyle handled these scenes to blend into one another with the help of the character’s dialogue.  The tropes of Boyle’s trademark are there.

Trance music in the background in certain scenes?  Check.

Playful ways to visualize the characters dialogue for the audience? Check.

Character’s monologues their life or intentions while said character is either running or looking towards the camera? Check.

The acting is on point. Fassebender is given the difficult task of jumping from scene to scene with most of the main cast and approaching them in ways to keep the audience invested. The chemistry he has with everyone mashes well with every interaction, especially with Kate Winslet. Their back and forward goes in a playful and equal matter that helps bring in some comedy elements and lighten up the mood. Jeff Daniels is in his role from the Newsroom so you know it was going to be good. Rogen fits well as Steve Wozniak. He has to take the character to certain levels that Rogen hasn’t really had the previous experience of tapping into, but handles in a way that shows potential for much more serious roles.

The person who definitely deserves recognition is Michaels Stuhlbarg. I had to take a minute to recognize him because he straight melted into his role as Andy Hertzfeld.

This being an Aaron Sorkin film, you know you’re going to get a fast pace story. Sorkin is known for having dialogue that borders on, “Did they hit the fast forward button on the camera” mode, but he’s finally able to tame himself and let the audience catch up with what just happened on screen.

There are a few scenes of intensity that builds but in some cases it can be a bit overwhelming to the point where I needed a breather. What also kind of worked, but could’ve gone a little harder, was the plot between Jobs and his daughter Lisa. An extra scene or two with his daughter could’ve packed the emotional punch that would’ve better warranted the cathartic ending for that arc. Two masters of the craft decided to work together on film that would challenge them along with the cast. I can’t measure the validity of the film of the story but it is without a doubt very entertaining. Boyle and Sorkin’s collaboration is something that can go further, if another project comes their way. They’re able to feed off each other’s skill but at the same time, keep each other tamed so to not go off the rails. And that can turn into something really amazing.