Is Jon Bernthal A Good Fit For Frank Castle?

Following its release, feedback for the Netflix-produced first series of Daredevil was almost universally positive, certainly to a far greater extent than its cousins Peggy Carter and the Agents of SHIELD. Naturally this led to speculation as to where the rapidly green-lit second series would go, the rumor mill beginning to churn out potential supporting characters and the wish-list of actors to play them. Hot on the heels of one rumor that Jason Statham had initially been courted, but promptly scared off playing Daredevil’s traditional nemesis, Bullseye, Jon Bernthal was then officially unveiled in the role of Marvel legend Frank Castle.

A number of fan-made memes were duly circulated online, superimposing Bernthal’s face onto existing pictures and posters of the character. Now, I appreciate they were in no way representative of the styling and realization that the Daredevil series will undoubtedly have for Bernthal’s version of the Punisher. But they just looked… Well… Wrong. And that caused me concern. This is a HARD role for an actor. It can be punishing, if you’ll pardon the pun.

The character’s previous outings on screen have been met with a lukewarm reception at best. Outright derision at worst. To get an idea of the issues Jon Bernthal is going to have to overcome, you need to look at what’s gone before. Aside from two recent animated outings (Rise of the Technivore and Avengers Confidential), and a corny couple of episodes using non-lethal weapons in the 1990’s animated Spider-Man series, there are three pervious depictions to look at…

The Punisher (1990): Dolph Lundgren spectacularly fails to nail it. It wasn’t really his fault; he was a victim of the film format the late 80’s demanded, a Schwarzenegger-lite action man, who kicked ass whilst dropping out one-liners. Having a square jaw, and your hair dyed black and slicked across does not a Punisher make. As he carved his way through the armies of comedy ninjas and Mafiosi, Lundgren just looked bored. You couldn’t believe the guy could ever get married, let alone feel the loss of a family.

The Punisher (2004): Now this time round, Thomas Jane had something to work with. It wasn’t all easy, saddled with a hammy John Travolta, a confused-looking Roy Schnieder, and some intriguing torture props including an ice-lolly, of all things. But Jane, not a massive household name at the time of the film, could act. Amidst the grimacing and deadpan delivery, there were touches of depth and humor. You could feel the sense of confusion, of loss. Of a man who was genuinely considering the choice between suicide and a different path.

Punisher: War Zone (2008): Alas, another car-cash. Lexi Alexander’s film adaptation mixed up random elements of the seminal Punisher MAX series with little rhyme or reason. In amongst the cacophony of noise and neon explosions, Ray Stevenson was saddled with a criminally poor script. To be fair to him, again not a big name at the time of the project, he has a good go at it. Growling out his lines and surveying his supporting cast through appropriately dead eyes.

One of the things that made the current Daredevil format so successful was its commitment to character development, even in the ones that didn’t make it to the final credits. It both teased and showed enough of each involved party to make you want to emotionally invest in them, and come back for another season. But one of the main reasons the Punisher struggles to carry his own feature film, is that there isn’t that much character to develop. His family got killed by criminals. He wants to kill all criminals. There you have it. So to successfully play the character, you need your performance to make an audience unquestioningly buy into the limited backstory.

In the cases of Jane and Stevenson, both proved enamored enough with the role to provide further cameos, Jane in ‘Dirty Laundry’, and a tongue in cheek animated Stevenson in the Super Hero Squad. Both were perhaps the right men, at the wrong time, providing the required balance of physicality and depth, and deserving another outing in the costume.

The transfer for Frank Castle from big to small screen has massive potential. In the comics, he serves well as grounding for the other more fantastic characters, a reminder their actions are balanced against those of non-powered individuals. So to insert him into a more protracted storyline, where he isn’t the main focus, will serve him well. I’ve always believed this format would be the best for the Punisher, perhaps spreading the Punisher MAX stories along a couple of episodes, with him moving through cities and the lives of their people like the classic Incredible Hulk series, helping those as he goes.

From what I’ve seen of Bernthal, I like him. His work on The Pacific, Snitch and Fury was all quite competent and believable, but the inescapable truth here is it’s his role of Shane in the unstoppable success that is The Walking Dead that will have won him the part of the Punisher. Which may be what’s causing an issue for me? Frank Castle has already proven near impossible to bring off the pages of comic books, and I fear that if Bernthal doesn’t fully engage and gel with the material which will be provided for him, all an audience will end up is the picture that the memes portrayed, a shotgun-toting Shane with a skull on his t-shirt.

This article was originally written and posted back in June 2015, and since that time, a number of pictures have surfaced, some tweeted by Bernthal himself, and some leaked from on set. It’s clear the actor is determined to make the role a success, with him evidencing his research, and providing some clues that the styling will be very much in line with the MAX imprint. In the set photos, he’s got his hair cropped, and wears a mixture of dark colored civilian clothing, with some shots of a black top with the skull lightly emblazoned across the front, much as Stevenson’s was sprayed on the body armor. There’s not much evidence of him packing any hardware, more a few fist-fights and takedowns. At this stage, with no formal pictures released, it all still seems a little worryingly ‘Punisher-lite’…. 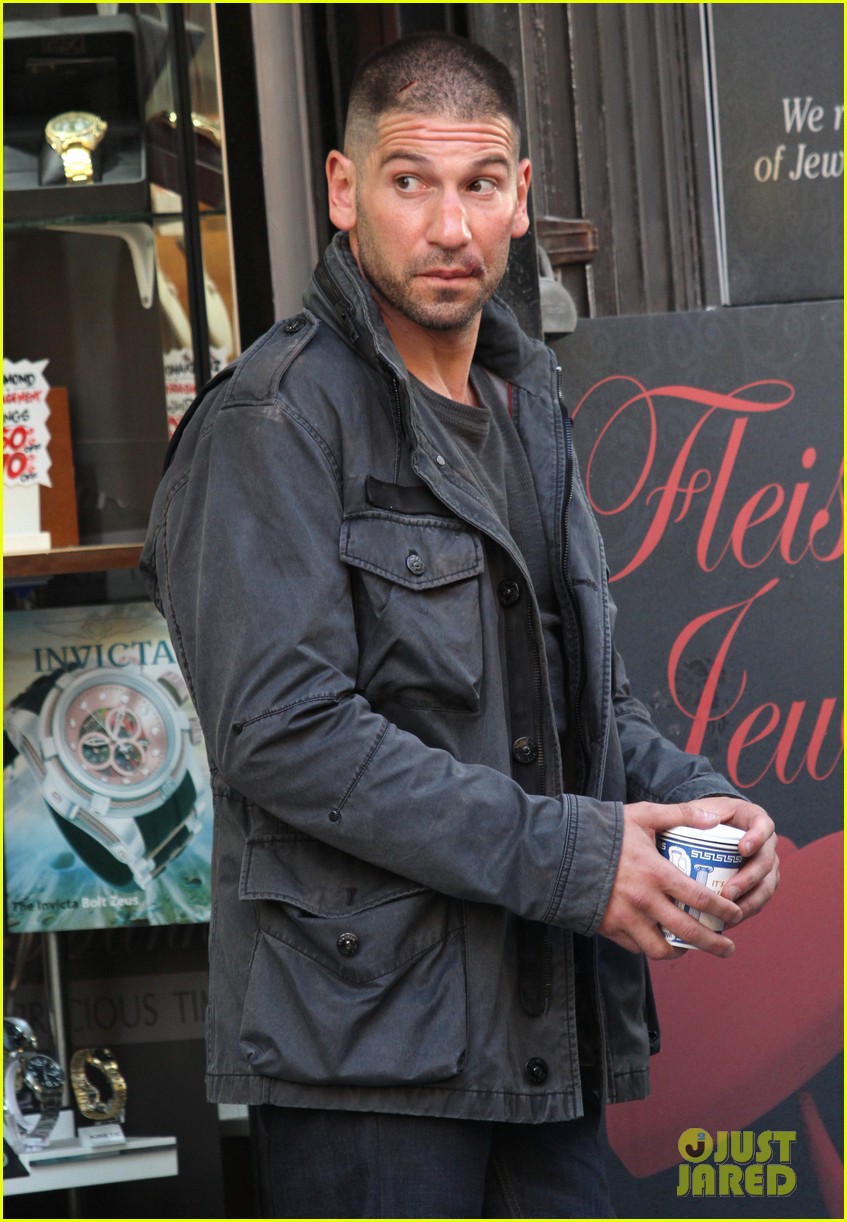 I want Bernthal to be a success. I want to write a review next year where I accept my misgivings were ill-founded. I genuinely believe this much-maligned comic book character has a better chance of success with the strong basis the Daredevil series has shown. But I worry. I worry the project has picked a well-known actor from a similarly successful project, purely because of his profile. I worry that although Bernthal can portray difficult characters well; this is a character that needs genuine screen presence, which Bernthal may not have. Regardless, I wish him the best of luck, and look forward to seeing a certain skull grace our screens once again.

What do you guys think? Sound Off Below!