If No Solo Film For THE INCREDIBLE HULK – When Can We See His Buddies?

Marvel Studios recently announced three more movies for their Cinematic Universe in 2020. There are plenty to look forward to between now and then. But needless to say, we want more. I can’t be more excited that Spider-Man has finally joined the MCU. Following his debut in Captain America: Civil War, his solo outing will hit 2017. I hope one of those unnamed movies will be a sequel. Or better yet, a Venom spin-off.

But after sequel upon sequel, new characters, and then those getting sequels, the second movie in the MCU still only has one installment. The sad truth is, poor Hulk is in limbo. Even though Universal owns him, he was able to pop up in The Avengers and Avengers: Age of Ultron, and also the upcoming Thor: Ragnarok. Not to mention, William Hurt will reprise General “Thunderbolt” Ross in Captain America’s third installment.

Sadly, we may never see Incredible Hulk 2. But that doesn’t mean we can’t see his buddies in other MCU features. 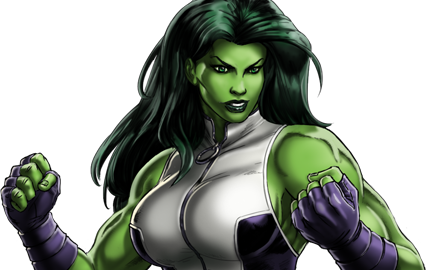 Bruce even gamma-infected his cousin, Jennifer Walters, attorney-at-law. If Bill Bixby and Lou Ferrigno were to return in a fourth movie,Brigitte Nielsen would have played She-Hulk. The green bombshell could make her debut on Daredevil, defending a case against Nelson and Murdock.

In search of a cure, Edward Norton’s Banner finds his way to “Mister Blue.” But Hulk smashed his way out of the lab, leaving Samuel Sterns with his head bubbling. 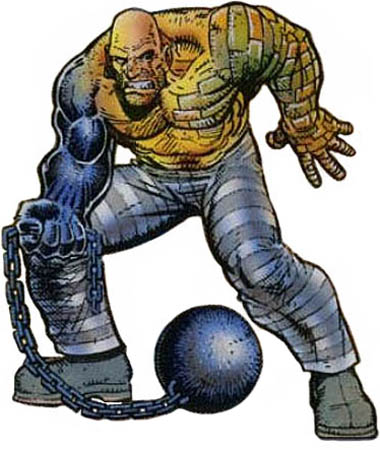 2003’s Hulk mixed elements of Absorbing Man with Bruce’s father. His debut in the MCU was on Agents of SHIELD, where he ended up in General Talbot’s custody. He was also mentioned in Daredevil as “Battling” Jack Murdock’s last boxing opponent.

After years of chasing Hulk for an army of his own gamma soldiers, General Ross eventually became his own perfect soldier. Original rumors were that William Hurt’s reprisal in Cap 3 was to battle his son-in-law as the Red Hulk. One of those unnamed movies could be a Thunderbolts picture. James Gunn of Guardians of the Galaxy expressed his interest in a movie about the reformed villains. The Agents of SHIELD spin-off, Marvel’s Most Wanted, could also feature a version of the team. In the newest lineup, Red Hulk leads a group of MCU-owned bad-asses. Elektra and Punisher will be on Daredevil‘s second season. Agent Venom is with the newly acquired Spider-Man rights. And there’s Ghost Rider.

Novel, What Savage Beast by Peter David, employs the evil, alternate future Hulk. Betty Banner gives gives birth to twins, but Maestro kidnaps the gray-skinned baby, and raises him in the future. With Doctor Strange, Hulk travels across time and space to save his son. 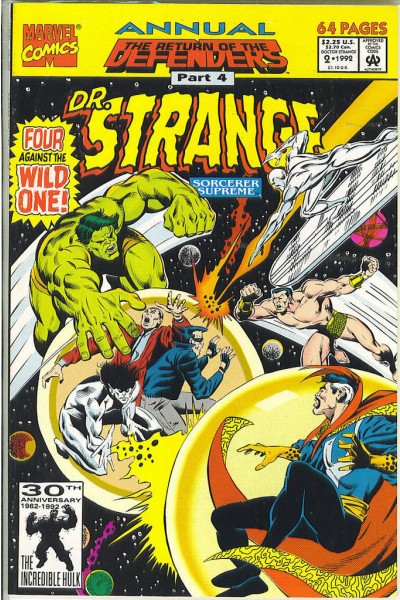 The original team was Hulk, Dr. Strange, Sub-Mariner, and Silver Surfer. The MCU team, that will stream on Netflix, will be Daredevil, Jessica Jones, Luke Cage, and Iron Fist. But with Iron Fist in peril, Punisher may replace him. With Dr. Stephen Strange getting his own movie next year, there’s rumor Doc will either show up on The Defenders, or Iron Fist will cameo in Doctor Strange.

My hope is for those original members to team up somewhere down the road. But half of them are owned by different companies. Sub-Mariner is with Universal. But really, so is Hulk. So there’s still an outside chance Namor could be within MCU’s reach. The real loss, though, is Silver Surfer. There’s no chance in hell 20th Century Fox will let him go. So, who could replace him? Since Hulk will be teaming-up with Thor, the God of Thunder is a logical choice. But their journey could lead to Beta Ray Bill. Guardians of the Galaxy set up Nova. Therefore, any of these cosmically-aware heroes could work.

Regardless what the three movies in 2020 will be, I’m sure we won’t be disappointed. Whether its Spider-Man 2 or Venom, Thunderbolts, or finally a sequel to Incredible Hulk, the good folks at Marvel Studios always have a plan to connect everything. Could we see the return of The Leader, Doc Samson, or Absorbing Man? Hopefully we’ll be introduced to She-Hulk or Beta Ray Bill, soon. Maybe we’ll even see Aldrich Killian from Iron Man 3 turn into MODOK.