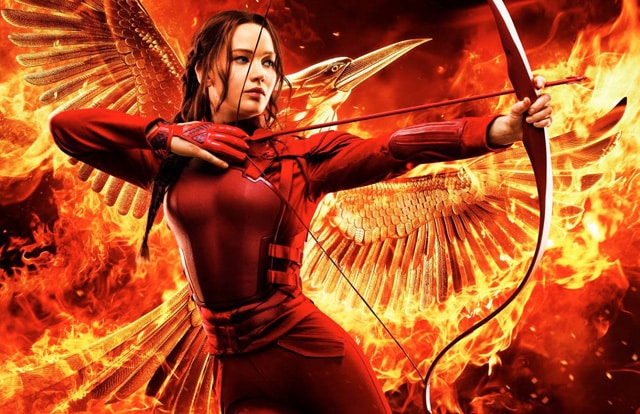 The final installment of The Hunger Games series debuted in first this weekend with $101 million. While it would be silly to label an opening that big as poor, it is, however, disappointing when compared to the other Hunger Games films with opened with (in chronological order) $152 million, $158 million, and $121 million.

Mockingjay Part 2 is still a smashing success though and Lionsgate will make a boatload of cash on this. But cracks are starting to form on the YA novel franchises as this, Insurgent, and Maze Runner: Scorch Trials have all made significantly less than their predecessors. How much longer until the whole YA novel thing falls apart?

Seth Rogen’s Christmas comedy The Night Before opened in fourth will $10 million. That’s not a great start (his last movie that didn’t draw the wrath of a fat Korean manchild Neighbors opened with $49 million last year) but I have faith that the movie will play well as we get closer to Christmas. The budget is only $25 million so Rogen and crew ought to be fine.

The Julia Roberts thriller The Secret in Their Eyes flopped in fifth with $6.6 million. The critics were not impressed with this thing (43% on Rotten Tomatoes) and that drove the cinephile/Oscar movie crowd away. Look for it to hit streaming services before awards season. This one’s DOA.

Here are the weekend estimates:

All right, Peelers! Are you surprised at any of these numbers? Do you have any early predictions for Creed or The Good Dinosaur?  Release the comments below!

Continue Reading
You may also like...
Related Topics:The Hunger Games