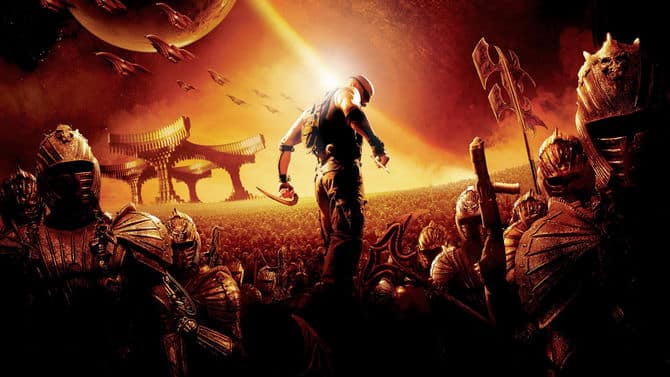 Vin Diesel sure does love his Riddick character. After a long fan campaign, the actor managed to secure a third feature, the 2013 film, Riddick. Well, it looks like he has plans to return to the universe one more time.

In a post to his Instagram page, the actor announced that his production company One Race Films had recently set up a Television division, and their first project, a television series based in the Riddick universe called Merc City. The show will focus on the Mercenaries and Bounty Hunters which populate the universe. Whether or not we see a cameo from the Furyan remains to be seen.

Last night Our company had a party to launch Our TV division. Very exciting. MERC CITY is a show that will follow the Mercs and Bounty Hunters of the Riddick Universe. Next Month, DT begins writing the next Chapter in the Chronicles of Riddick… FURIA. #HappyFurianFriday

On top of the television news came word that work is set to begin on the fourth film in the franchise, set to be titled Furia. In his post Diesel revealed that David Twohy, Writer and Director of the previous instalments, is to begin writing the script at the beginning of December.

Not much is known of the plot of either of the projects, but the title of the fourth film appears to be referencing Riddicks home world of Furya (Not sure why the film is spelt differently), so we can possibly expect a visit to there.

What do you think? Are you looking forward to returning to this universe? Which project excites you more? Let us know below!

Continue Reading
You may also like...
Related Topics:Riddick, Vin Diesel