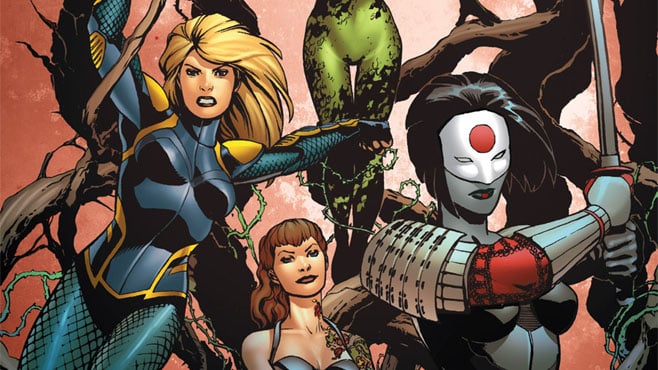 It sounds like we may be seeing, or rather hearing a canary cry on the big screen soon if rumors are to be believed.

According to a report from Latino Review, Warner Bros. are looking to introduce Black Canary into the DC universe starting with 2017’s Justice League Part One and then possibly in a female led Birds of Prey movie.

The report also goes on to reveal the two actresses the studio have in mind for the role. The first is Mad Max: Fury Road actress Abbey Lee, and the second is Supernatural actress Alona Tal. Both actresses will certainly look the part, especially if given the trademark fishnets and leather jacket, but at the same time the studio may be looking for a bigger name.

With Canary possible gracing our screens, could this mean that we’ll be seeing her love interest Green Arrow joining the cinematic universe- hopefully so.

What do you think? Do you like these choices? Would you be excited for Birds of Prey film? Let us know below!