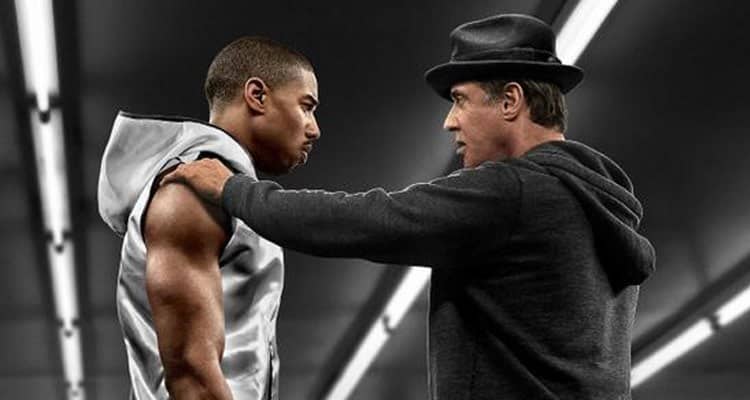 Creed is another installment in the seemingly “thought to be over” Rocky legacy. When Rocky  Balboa was released in 2006, many thought of it as the proper send off for the character that Sylvester Stallone was most well known for, and a staple in cinema history. Some might have seen this film as Hollywood once again tapping into the deep well of classic film to revamp, remake, or reboot. Well, audience members, I am thrilled to say this film doesn’t fit that mold. This is a new classic on its own and, in my opinion, might be the best damn film of the year.

As the synopsis explains, the film takes the story away from Balboa and focuses on the beginnings of the illegitimate son of Apollo Creed, Adonis Johnson (Jordan). The story is solid, almost to a near perfect degree. It takes certain tropes from the original Rocky films and gives an updated look without having to shoehorn or make you feel obligated to recognize it. The plot goes as rags to riches, and back to rags as Johnson tries to make a name for himself without the Creed name attached. Balboa puts on the shoes of his former trainer Mickey, and Bianca (Thompson) plays as the love interest, much like that of Adrian.  With these players set, along with a few other new additions, every piece of this film’s puzzle fit well without skipping a beat and kept you invested.

The acting is spot on and top notch. Nobody in this film came in half ass and should all be applauded for what was given. The chemistry between the three leads meshed well with each other, to the point that these actors must’ve been very tight and very close while filming. You might hear that Stallone should finally receive an Academy Award for this role, and that may be true. However, Jordan is hands down the winner. Jordan has always shown promise in his previous work (even if a certain comic book film is fucking garbage *cough Fantastic 4*), but Creed will have Hollywood banging on his door with movie deals and offers,  and in my opinion, will make him the next Denzel Washington.

The direction that Ryan Coogler brings to the film keeps you engaged in the characters and gives everyone their timing to hit the right notes. He doesn’t speed up the plot or slow it down to an annoying crawl and lets you take in every scene from start to finish. Coogler takes the DNA of the classic training montages and adds a very impressive list of music that gets you pumped up to the point that you feel like you are in the room and cheering Johnson on. There are two examples of excellent directing that stick out the most. The first is that Coogler borrows the classic “Running through Philly” scene and puts a modern look to it that still pays respect to what came before.

Another scene that should be noted is when Johnson fights in his first professional match. The scene plays out as a long track shot that doesn’t try any crazy camera tricks and follows mainly the two fighters in the ring in close quarters. You get the expression and movement of every punch thrown between the two that makes you eager for the next fight.

This movie is a must see and is very, very, well deserved in the legacy of the Rocky films. The film hits all the right spots while touching upon life lessons, and gives you an emotional punch you don’t see coming near the end. I would know this for a fact, since by the time the credits rolled, I was in tears because of how well Michael B. Jordan delivered a particular line.

No high letter grade can do this film justice because it surpassed all expectations and left me waiting for the inevitable sequel that people will be screaming for. Until then, I’ll just have to give this film an “A”.