Remakes and reboots. Love ’em or hate ’em, Hollywood’s infatuation with them just doesn’t seem to want to end. It feels like nothing is either sacred or safe anymore, and in the Wikipedia page of every old film or TV show, there’s a little ‘reboot’ entry on the sidebar, festering away down at the bottom.

Even though the fact that the results are more often than not unsatisfying doesn’t seem to put producers off, and although a number of projects have recently been put on hold, or are lumbering through ‘development hell’, the reboot list just seems to keep on growing.

So we put some of our interns to work, lord knows it’s about time, and they managed to rustle up a list of current/announced projects for us, thankfully without burning the office down.

We’ve had a wander through that last, and picked out the 10 most pointless/stupid ideas for a reboot or remake. See if you agree:

This would be further up the list but I haven’t heard much news about it lately, other than that they were considering doing a TV show and something about a musical? Either way, this was announced back in 2011 – only 11 years after the original. If we’re getting that bad, is it time to start expecting remakes within 5 years here soon? – Frank Palmer

The original just had a sequel and was pretty well perceived – so why not spend the money on something with a point? Say – a Dredd sequel? -Frank Palmer

The issue with trying to use technology in any big budget film is that by the time the project comes to fruition the tech is usually already outdated. Even watching films from 5 or 6 years ago with mobile phones or email use in them can look prehistoric.

The use of a pimped out vehicle with magic powers is also a bit of an 80’s concept, and can look quite frankly farcical in modern cinema if the vehicle strays too far from its factory settings. Remember the invisible car from ‘Die another Day’? The world doesn’t need another stealth copter with magic weapons. As Elsa might warble “Let it go, let it goooo…” 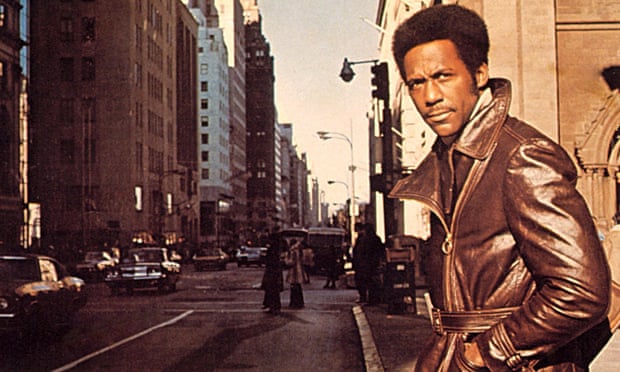 On the subject of decade-specific projects, the Blaxploitation film isn’t really something we desperately need to see resurrected. It’s less and less relevant to modern cinema audiences, if anything it can even be inflammatory.

Who remembers the Samuel L Jackson reboot back in 2000? You know, the one with Christian Bale as the bad guy? Exactly. It serves no purpose other than to pay Richard Roundtree’s taxes for a few more years. Bin it…

If ever there was a franchise that illustrated the law of diminishing returns, it’s this one. By the time the series had lumbered as a far as ‘Misson To Moscow’, it was already on life support. With two successful films under its belt though, the franchise continued, with star power and talent reducing for each offering.

Yes, there is the possibility that in the hands of an Apatow or a Feig, with the right comic cast, there might be one film to try and put together, but not a franchise. Most of the humor wouldn’t translate well to a modern audience, and it would inevitably be tarnished with the need to cram it full of cameos of the original cast. Swerve it…

Or twelve, or thirteen, or whatever bloody number we’re up to. Sticking with the theme of diminishing quality, this is the series that relied on cramming as much A-list star wattage as possible into each film, whilst the plot was squeezed out of the fire exit under that pressure.

In an issue similar to that found in The Expendables franchise, star power alone doesn’t cover for a lack of realism. The bit where Julia Roberts pretended to be Julia Roberts for Bruce Willis? Car crash. As it breathed its last, the franchise had already become devoid of humor and thrill. Why drag it back up again?

Like the sirens of old, this is the project that just kept drawing filmmakers crashing onto the rocks of destruction. As an individual 80’s film, there was something delightfully quirky about it. Sean Connery half-pretending to be Spanish, the haunting Queen soundtrack, Clancy Brown’s throaty bad guy.

But Chris Lambert has never been able to hold up a lead role, and the desire to try and expand on the myth resulted in the utter horror that was ‘The Quickening’. Toning it down didn’t help; producing an instantly forgettable third entry. The accompanying TV and straight to DVD entries have failed to spark, how many times can there truly be ‘only one’ left to find?

Another film that reflected the age it was born in, John Carpenter’s sci-fi satire was packed with iconic figures, and glib one-liners. But as the 1996 sequel demonstrated, the original was very much a one-trick pony.

You also can’t escape that fact that Snake Plisskin IS Kurt Russell. It doesn’t matter if people throw Tom Hardy’s name into the frame or not, the character is simply too iconic and particular to the actor to replace in a manner that causes satisfaction. ‘Lockout’ was a classic example of how trying to retread the material will just lead to failure. Try something more original.

On the subject of characters that are specific to a certain actor, we arrive at the doorstep of Jim Carrey. The rubber faced comedian has been responsible for some of cinemas classic funny guys, and by default, some of its worst sequels.

Both The Mask and Dumb and Dumber proved that without Carrey attached to a sequel; the film lacked the heart to engage with audiences. And even with him on board, as with Ace Ventura 2 or the recent Dumber sequel, Carrey’s peak was over a decade ago, a lot of the material now just feels rehashed and jaded.

Back to John Carpenter again. A divisive figure, for every standout hit he’s managed to dream up, there are three substandard projects propping them up. Whilst ‘Big Trouble’ has achieved somewhat of a cult status along the lines of ‘Fight Club’, it was by no means a polished offering.

The film was daft, even by Carpenter standards, so to try and retread it today is just too much of a risk. And who would you cast in it? Who is going to get the balance of hard man and humor right? Carpenter remakes such as The Fog, The Thing and Halloween have struggled with stronger source material, surely this should be telling Hollywood something.

Pretty much along the lines of the John Carpenter argument, for every Steven King success, there are countless half-hearted adaptations behind it. Whilst ‘It’ is a genuinely brilliant film, and drew upon the classic social issue of clowns being genuinely terrifying, the film appeared a little worn and jaded as soon as it was released.

It also relies heavily on Tim Curry’s hateful portrayal of Pennywise. The only name in the frame at this stage to replace him is Will Poulter, an actor surely too young and too clean for the role. It’s just lost one director, get the message…

So here we are, at the top of the “No. No. No. Just No!” list, and it’s unsurprising that it would be a Christopher Nolan film sat at the top of a list that should never ever even be considered rebooting.

To say it’s sacrilege doesn’t even come close. The film is a complete roller-coaster ride of suspense and emotion, with a twist that grabs you by the lapels and screams in your face.

I really didn’t have much to say about this one.

What could possibly be gained from trying to tinker with or change that. Why would anyone want to try and re-do it from a clever angle? Find yourselves something else from my past to ruin!