Here we are now in 2015 and Star Wars fans are getting what they’ve always been wanting – a continuation of the Star Wars Legacy. Sure there has been books, comics and other forms of entertainment that gave us an idea of what happened after the battle over the forest moon of Endor, but never on this mass of a scale. With the prequels now a distant memory, it was time to go back to a galaxy far far away and explore to see if Lucas Films, now owned by Disney, can catch force lighting in a bottle for a second time. And I would have to say that they did.

This will be a spoil free review so you may continue on.

The film follows the three new characters and a new threat that has come across the galaxy. The story follows Fin (Boyega) and Rey (Ridely) as they must deliver a very important message to the Resistance that will help their fight against The First Order. Leading the First Order is Kylo Ren (Driver) and General Hux (Gleeson), simple but not too simple. You may have heard that some may considers this a “turn your brain off” kind of film…ignore that stupid shit. While the story is not complex it was something that is incredibly enjoyable and fun as hell to watch.

When “Star Wars” appears on the screen and that classic theme is blown into your ears, you can’t help but smile. The story takes a bit of Episode 4,5,6 and makes it fit in what we loved of the franchise. Some of it, you will undoubtedly find familiar, but this can be seen as a set up for what’s to come and in hopes that Episode 8 and 9 and will have something original but still gives us what we love about these films.

One part of the film that was really put together is the comedy of it. In the prequels, Lucas tried to put his sense of comedy, but that fell flat and awkward. The originals had very little of it but in the Force Awakens, the timing and beats of humor made the movie that much more fun and never out of place. One thing people might worry about was handing the legacy off to a new set of characters. So they get one of the most well liked characters, Han Solo, to help along with the transition. His character never feels shoe horn in and doesn’t have to hold your hand or remind you that it’s okay to like them. 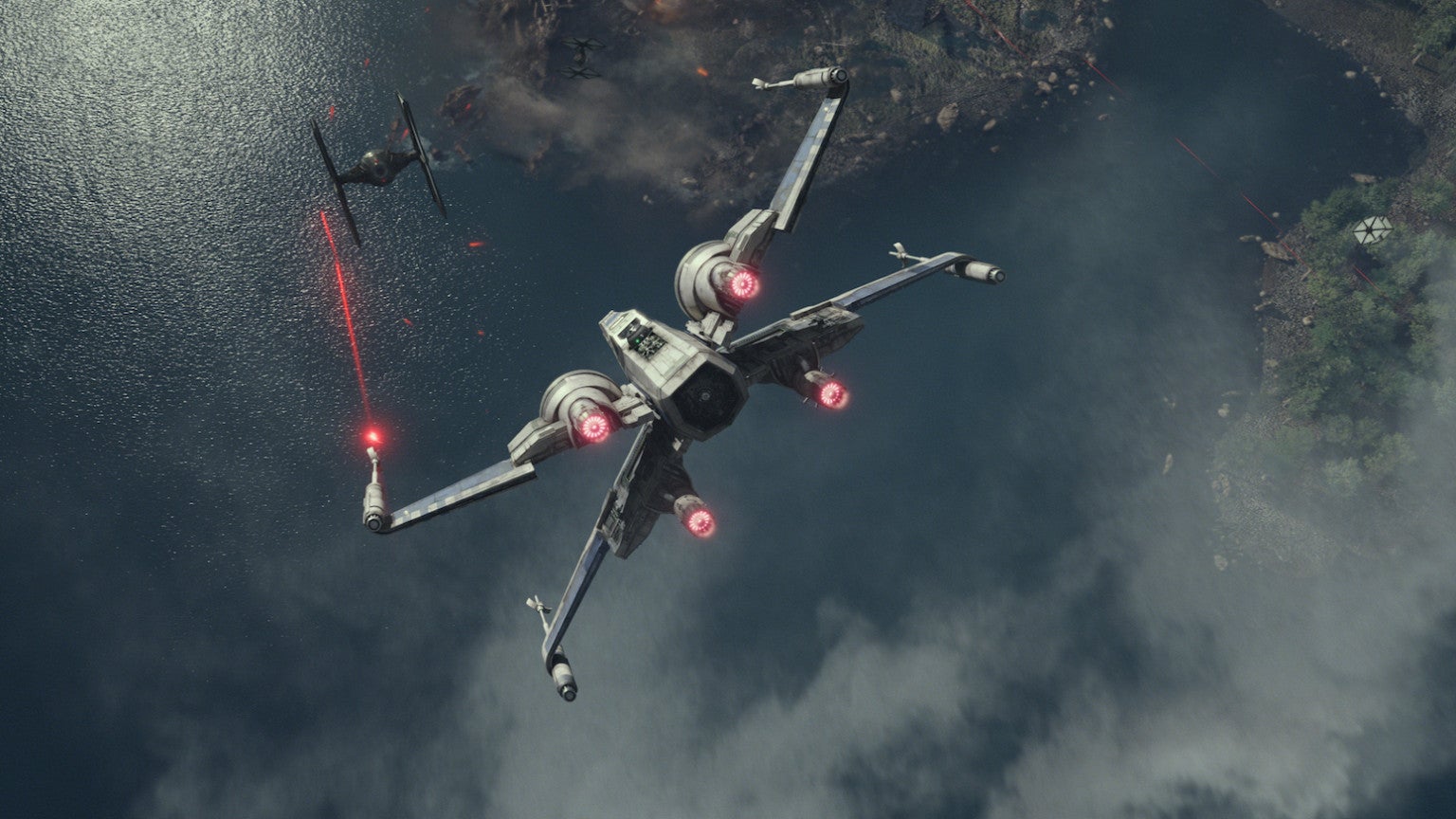 The effects and direction are, without say but must, f**king awesome. Abrams meshes well the use of special and practical effects. The effects don’t come off as shitty or overused. There are plenty of action scenes but don’t become overwhelmed. Abrams gives you breathing room and doesn’t use cut-aways that make your head spin. You get a sense of your surrenders and eagerly wait for the next action set piece. He makes you invested in the worlds and ships that our characters inhabit and but doesn’t take you away from what’s going on.

The acting is damn good. They got the right players for the right roles. Boyega and Ridley have an incredible amount of chemistry with each other. They are able to bounce off each other in a way doesn’t fuck up the flow of the film. You can even say they themselves are completely amazed as the audience might be at the sheer fact that they are on this amazing adventure. When the emotions are called for, they hit their marks with excellent precision.

Driver as the new villain brings something to his role. He takes Kylo Ren and puts a more human spin to it. Where Vader starts as evil and only shows remorse at the end of Return of the Jedi, Kylo Ren is character that is conflicted and even loses his cool, making him more relatable. Isaac’s character almost steals the show but isn’t around too long to do so. It works fine, since we have some many things going on, but he could’ve been in it just a little bit more. Possibly being audience’s favorite new character.

Let’s talk about one of the many elephants in the room: Ford and Fisher. They fall back into their well known characters and don’t play them off like they were trying to recreate the same thing. They play as if their characters have seen some serious shit in the past three decades and when they see each other again, in who knows how long, you can tell that spark between the two is still there. And yes, you love BB-8. 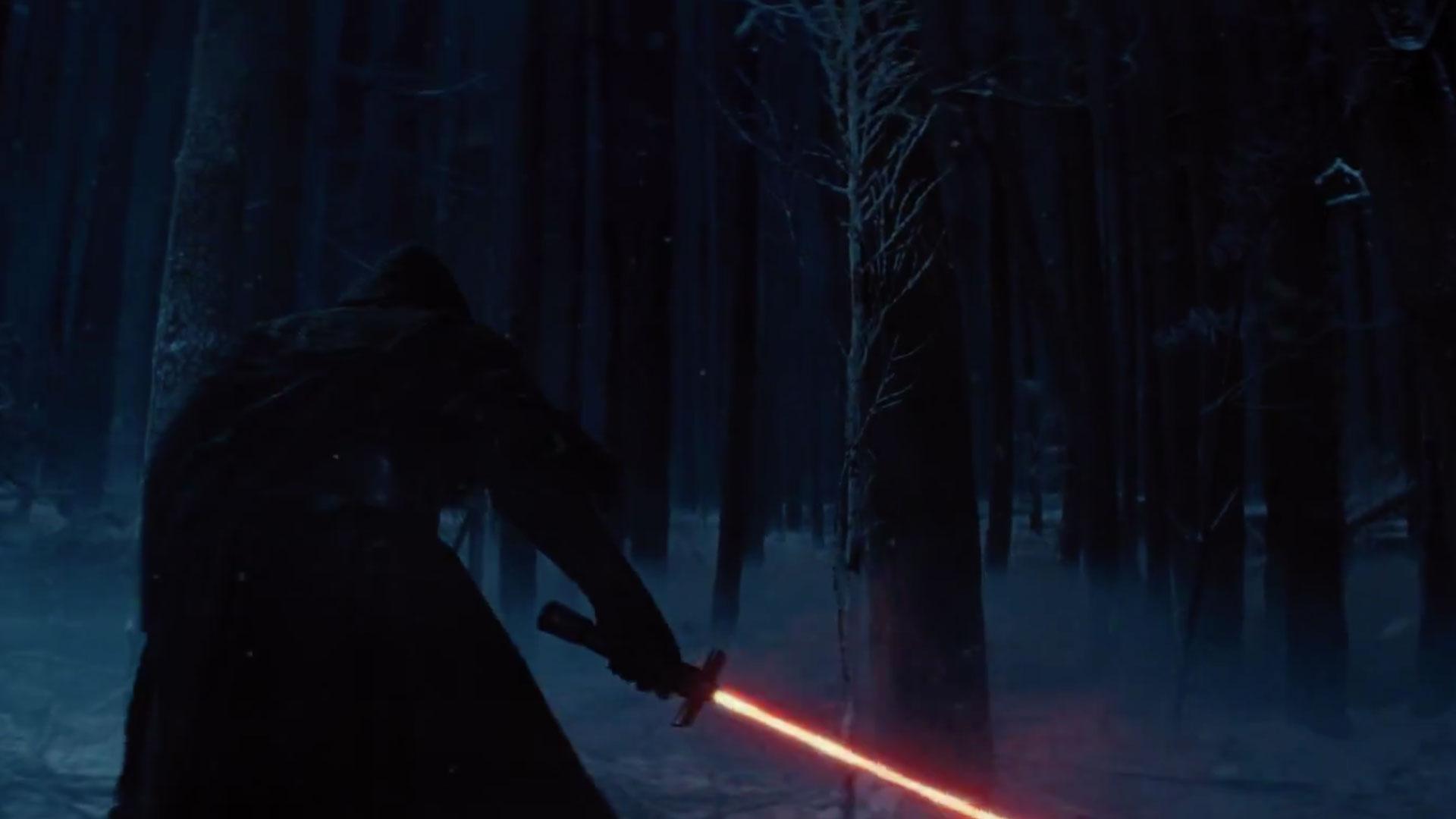 There are flaws in the film that will be noticed as the story moves forward but so did the originals. One is the use of some characters that were hyped up to have a serious part in the story, but were underutilized. You feel the characters could’ve really brought the film to another level but they were either put on the shelves to hopefully be used later on in future films or dispatched too soon. Another flaw is that you see some of the twists coming. Especially one that is very…I’m really not going to say about that one any further.

Abrams was given the task of bringing back Star Wars to its former glory and he sticks the landing almost perfectly. It’s an excellent installment to the franchise and will definitely have you go for another viewing. Or enough viewings to tie you over till the next Star Wars related film.  It’s a theater going experience that you’ll want to enjoy with or without others. Don’t be a dick and say the prequels were better, just let the nostalgia bomb explode and enjoy.