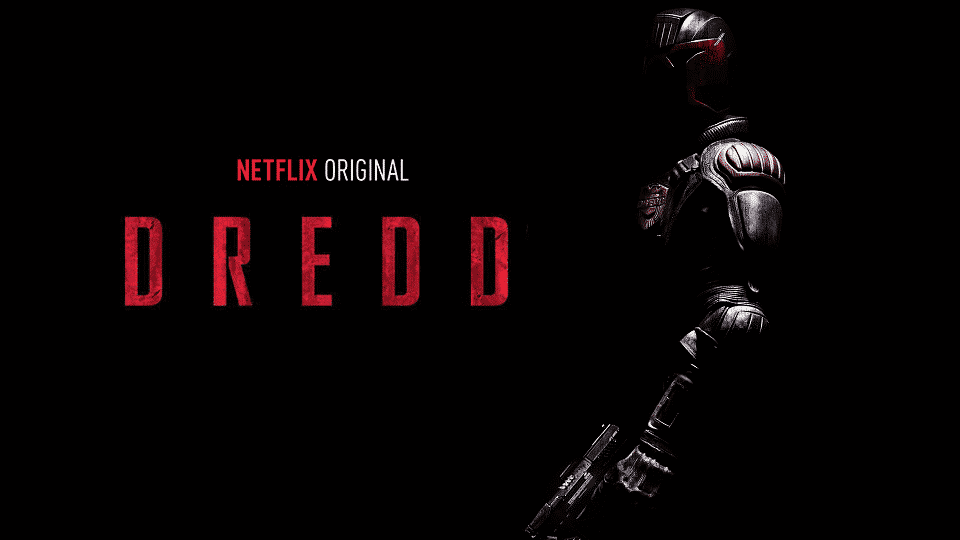 Sure, I’m well aware that everyone wants a sequel to Dredd but – I’m also well aware that there are people clamoring for a Netflix series as well. After the huge success of Marvel’s Daredevil, it’s been proven that there is an audience for adult comic book characters, so I can see why fans want this now more than ever. So – here are 5 reasons we think a DREDD Netflix series could be better than a sequel:

5. Could Keep The Same Tone As The Film

One of the things that made Dredd so different than other comic book films was it’s tone. There was plenty of blood and gore, f-bombs, etc. You name it. It didn’t relent from violence and kept it coming straight until the end. Netflix has proven that it will allow dark content and that’s why it would be so perfect for a Dredd series. A 10 episode season would be like six Dredd films – but that’s next on the list:

If you were like me, you didn’t want Dredd to end when you were watching it. There was just something about it that kept you wanting more. Personally, it made me go out and start a Facebook page called Make a Dredd Sequel and it looks like everyone else eventually wanted that same thing. With a Netflix series, it wouldn’t have to stop after just 90 minutes – there are all kinds of different stories to use for a potential series (or even a sequel) and that’s where we are next on the list:

As you all probably know already – Dredd was planned to be a trilogy. Alex Garland had said that his plan was to have 3 films that would eventually end up with the appearance that everyone wants to see – Judge Death. With a series, they wouldn’t have to stop there. They could just keep going! But what I’m sure no one would want to see happen is have a Dredd series get greenlit and then have a cliffhanger at the end of Season 1 teasing Judge Death only to see the show get cancelled. If a show were to ever come about – I don’t think it would get cancelled due to the fandom that the movie has received. Which brings us to the next part of our list:

Sure, Dredd bombed at the box office back in 2012 – but that doesn’t mean it hasn’t found it’s audience. I think part of the problem was that people didn’t even know that the film existed. I had multiple people ask me what it was or say “isn’t that the Stallone movie?” Some people didn’t even know it was played in theaters (it came and went in 2 weeks in most cases). You could also argue that audiences didn’t really want to see it in 3D, either.

You could also argue that the poor taste that the ’95 Stallone film left in people’s mouth turned them away from the new film… Whatever the case, Dredd was the #1 selling blu-ray/DVD the first week that it came out – which could point to the fact that people did want to see it but not in 3D.

Like I mentioned earlier in the article, Daredevil has shown that there is an audience for this kind of thing – people loved that show and ever since it has came out, I’ve seen more and more people suggesting that Dredd gets it’s own Netflix series.  It also almost has a 4 star rating on Netflix out of nearly 3 million ratings. So, people on Netflix did discover it and enjoy  it – which sets up #1 on the list:

For a three year old film, Dredd sure has a pretty big cult following already. The petition for a sequel reached almost 200,000 signatures and the Facebook page has over 100,000 likes. There was even a Day of Dredd in which #DayOfDredd became the #1 trending thing on ALL of Twitter. People bought the film, streamed it, shared it with friends and all kinds of other things in an effort to show the studioheads that they want more Dredd. Karl Urban and Olivia Thirlby have both came out and said that they would be open to more films – so one could only assume that they’d be open to a Netflix series? I’m sure that over time, with the following continuing to grow, the continuation of this film in one way or another would be too great to pass up.

So, what do you think? Would you want a Dredd Netflix series? Sound off in the comment section below!