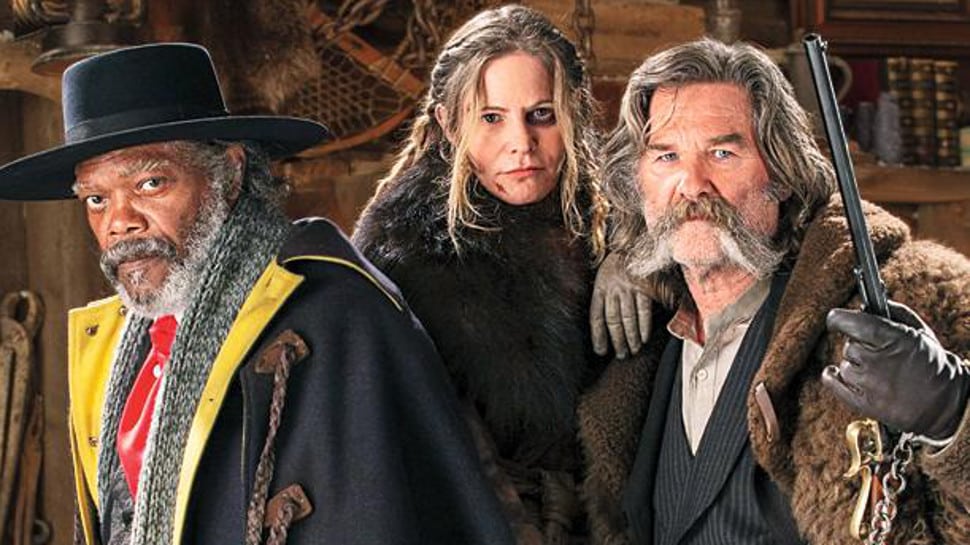 Quentin Tarantino is one of those directors for the current generation that has a strong following. He was one of the forefathers of the indie movement in the early 90’s and still is a driving force in cinema of many things cool. When you hear news of a new Tarantino film, like him or hate him, you will most likely see it or at least know someone who will see it. As this now his 8th film, Tarantino has decide to try his hand in the western genre again that he seemingly knocked out of the park with Django Unchained, and maybe who should’ve just left it be.

We need to have a sit down and talk about Quentin. 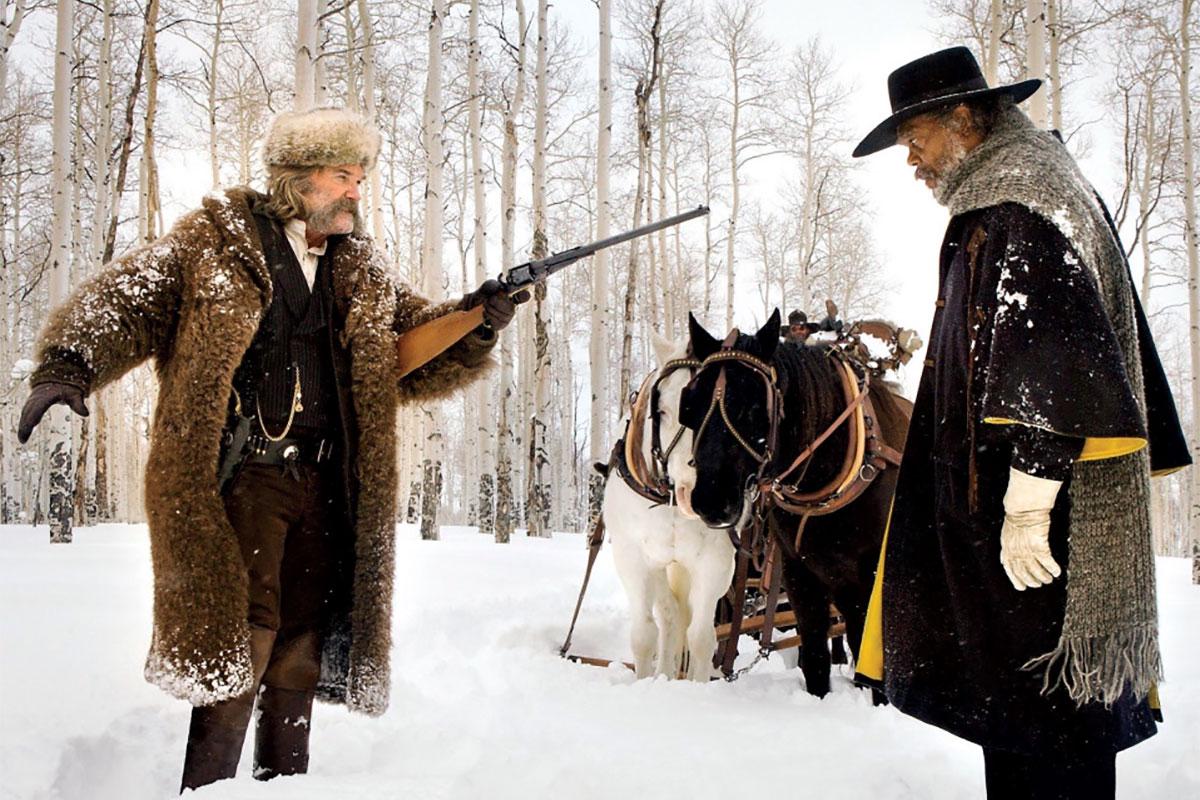 The story is told in six chapters and involves eight folks, some of them bounty hunters, converging on a small Inn. With the focal point of the plot revolving on John Ruth (Russell) as he takes his prisoner Daisy Domergue (Leigh) to be hanged, everyone is suspicious and a potential threat. Seems intriguing, right? No, not really. The story takes FOREVER to move forward and when the does seem to pick up with a plot twist or a reveal, it’s just squandered away and leads back to the boredom that this film reeks.

The acting is superb but not for everyone. Almost the whole cast has worked with Tarantino in the past and know what to bring to the film. Samuel L. Jackson final gets to shine in this film as he later becomes the person you want to root for. Tim Roth who plays Oswaldo Mobray, brings a subtle level of comedy that is called for when needed and gives off that Roth had some fun with the character.

Surprisingly, Walter Goggins, does an unlikely team-up with Jackson, is the one that stands out the most. Goggins has been known to do the same role again, and in a way has in DJango Unchained, but god damn he’s so good at it. Kurt Russell is alright for a while, but comes off as a bit annoying as he tries to do his best John Wayne impersonation, almost like he’s calling on the acting skills he used for Jack Burton. Good for Big Trouble in Little China, bad for Hateful Eight. The writing and directing is where Tarantino should’ve really taken more time on. He’s known for making interesting dialogue and using his well known style to really bring you into the story, but most of it just fell flat and felt more like filler. If you’re going to have a movie almost three hours long, at least justify it. My god, it takes two hours for it to even pick up. Of course this being his film, you’re going to get a handful of violence that seems to be his thing, but this level is borderline cartoonish. We saw the beginning of the ridiculous amount of blood in Kill Bill, somewhat tamed in Inglorious Basterds and it reaching a cautious level in Django Unchained, but in here, he really should’ve took a step back to think if certain scenes  needed that many buckets of blood.

Many of his films had a huge impact on cinema and change the game, but now he’s either recycling his old material/technique or taking too much from the classic films that influenced him and made him to the director he is today. The Hateful Eight didn’t really bring anything new to what he can do as a director and just came off as the same old fan service that Tarantino is stuck in. You can almost tell he made this movie solely for the purpose of making it in 70mm, but that still doesn’t justify for its laziness and his lack of innovation.